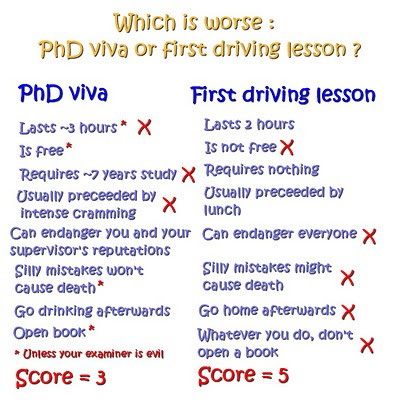 There you have it - the driving lesson is clearly worse (unless you have a real bastard of an examiner, in which case they're about equal). At least for a PhD you must have, at some point, absorbed some small level of background knowledge, if only by sheer chance from being in a university for so long. Whereas the amount Jeremy Clarkson can teach that's actually relavent to anyone at all is, if anything, even lower than one might expect.
Posted by Rhysy at Monday, August 30, 2010