Science fiction is a mind-expanding drug and I am a shameless addict. It's also an excellent vehicle for promoting progressive values, because viewers are expecting to explore new possibilities. These little write-ups vary from the profoundly silly to elaborate mathematical explorations of the accuracy of throwaway lines.

The Obligatory Game Of Thrones Rant 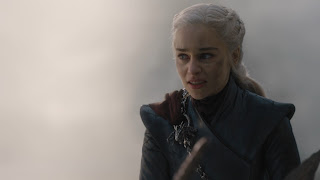 I don't think you can call yourself a blogger unless you go on at least one rant about Game of Thrones, so here's mine. I dissent from the common internet-based opinion that the finale was a disappointment - I think it was perfectly consistent with the rest of the show and magnificently told. If you missed the bajillion hints they dropped, then that's your problem.

The Sociology Of Star Trek

Two-part post exploring the politics and sociology of the Star Trek universe. In part one I examine how alien races are used as plot devices to demonstrate how certain behaviours, taken to extremes, can be harmful to society. I describe how Federation society is harmonious because it's found the proper middle ground, particularly in terms of collectivisim and individualism. In part two I look at the Federation itself in much more detail, examining the political, sociological and technological reasons why the Federation maintains its near-perfect Utopia. I explore whether or not we could ever achieve something like this in the real world, particularly with regards to how advancing technologies may affect society.

The Force Wakes Up After All 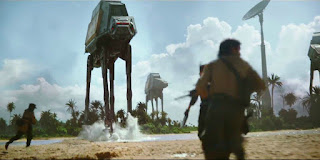 I really enjoyed Rogue One. Unlike The Force Awakens it felt very much like a story being told within the Star Wars universe. And though it's yet another dark(ish) sci-fi it at least doesn't take itself too seriously the whole time. It's got a small few quirks, but on the whole I'm happy to add this to the Star Wars canon.


The Force Doesn't Awaken, It's In A Coma 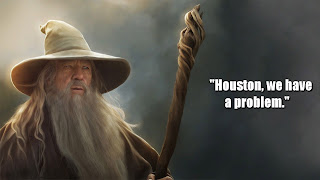 Jar Jar Abrahams is a stupid man who has no clue how to tell a story. The Force Awakens is a dreadful piece of storytelling in which events happen for no reason. The entire point of Star Wars is that it's a fairy tale in space; pretending it's science fiction doesn't make any sense. The entire thing is just so massively... well, forced. 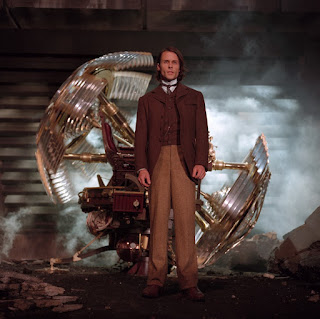 H. G. Well's classic novel is looking more relevant than ever. As machines start to automate an unprecedented amount of both manual and intellectual labour, a future in which nobody needs to work looks ever more plausible. But would this lead to a utopian paradise or a bleak dystopian hell ? In part one I look at the science of the novel and why it's surprisingly prescient. In part two I look at why not needing to work leads to a paradise in Star Trek but a chilling dystopia in The Time Machine. Finally in part three I look at which scenario might be more likely in the real world and in particular why a Universal Basic Income is a good idea right now, but won't solve all our problems in the long run.

Why Captain Kirk Was Chasing The Voth 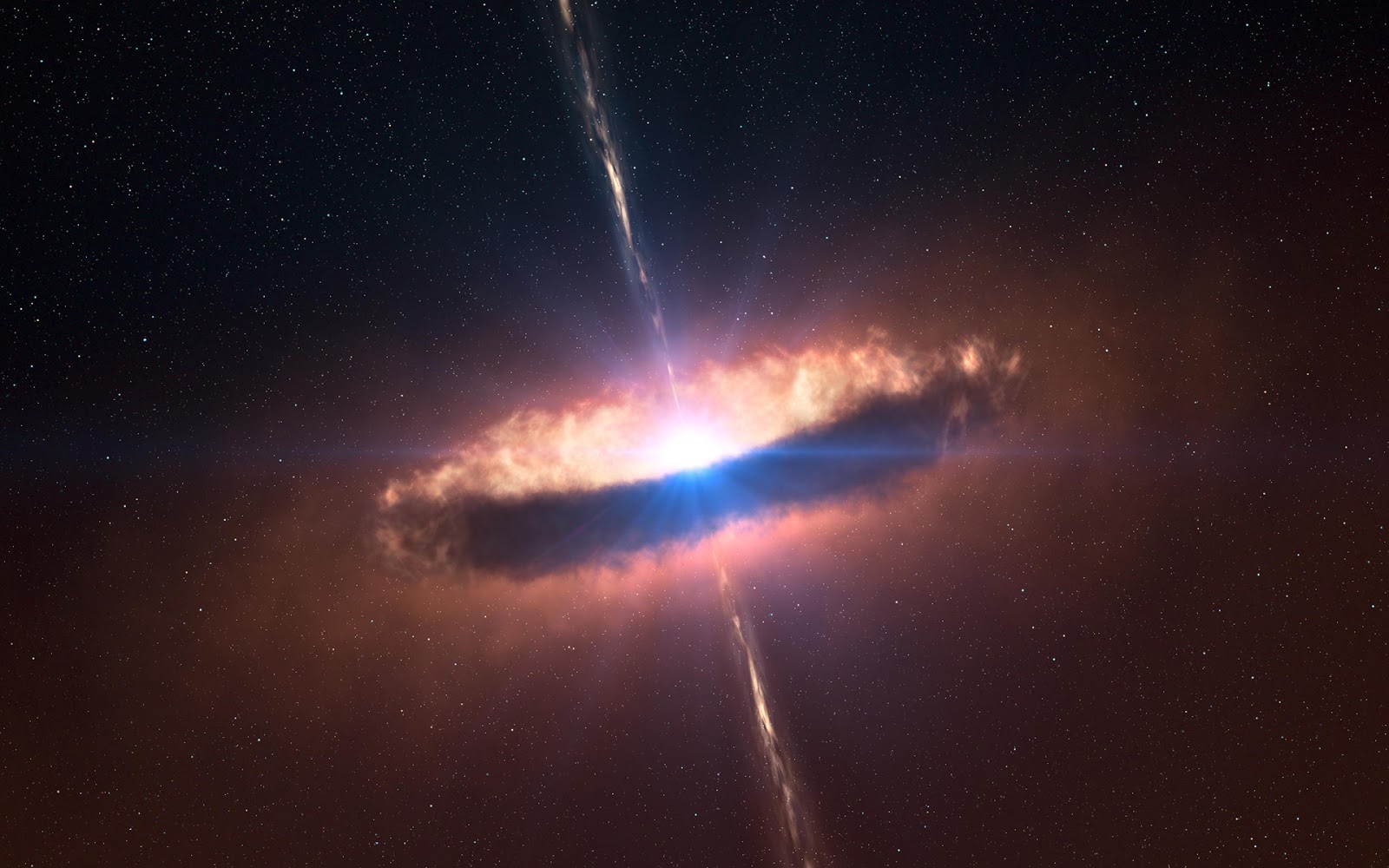 ... or not. In the 1960's the nature of quasars was controversial. They tuned out to be very distant, extragalactic objects - so sadly, Kirk's investigation of a quasar within our own galaxy is quite impossible. But for a while, that wasn't the only possibility. Here I explore how far we'd have to twist science to make this story work. This one involved quite a bit of maths, but don't worry, I just cite the formulae I used rather than going into the gory details. 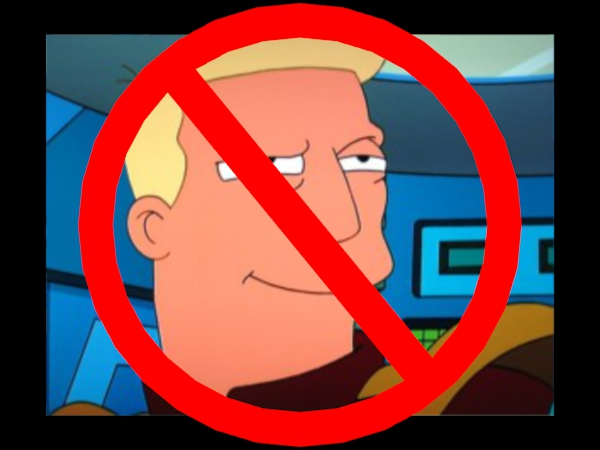 Forget what the parodies have told you. Captain Kirk wasn't a gung-ho womanising solider. He was a worrying, bureaucratic gentleman. Wearing a red shirt didn't make you the least bit more or less likely to die an untimely death. At least that's the story of season 1... I should really complete this for the second two seasons.

Why Doctor Who Shouldn't Be A Guilty Pleasure 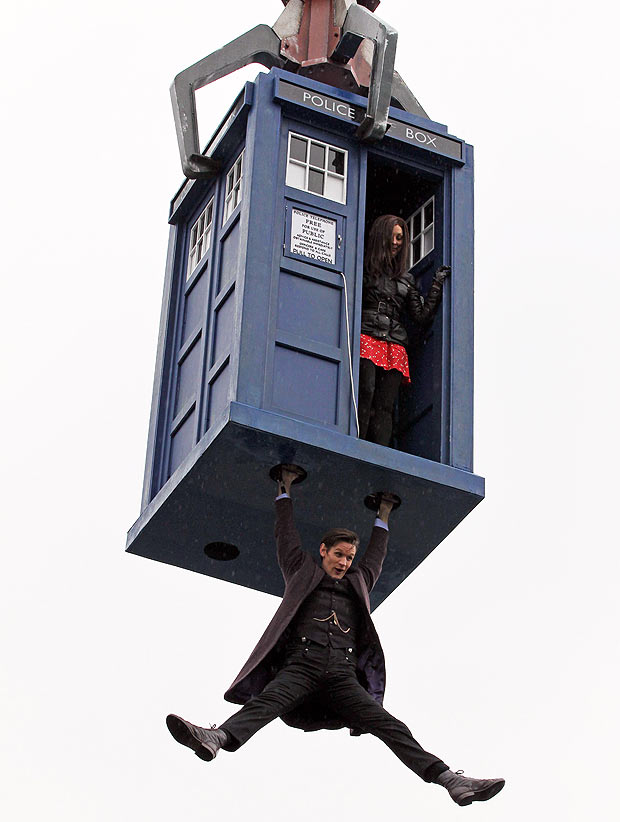 I should have called this one, "Why Doctor Who is the Heir to Star Trek". Star Trek was a pro-science, pro-equality show that challenged social taboos. Doctor Who is just about the only show around at the moment that takes up that mantle - where Trek dealt with racism, so Who deals with homophobia. While far more surreal than Trek, it is nonetheless avidly pro-science. Most importantly of all, it's fundamentally - though somewhat darkly - optimistic. Technology and exploration are seen as being fun, something which is sorely lacking in any other sci-fi show at the moment. 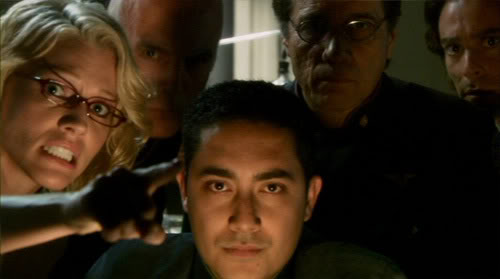 I love BSG, but it wasn't science fiction. It was politics in space. Sure, it had sci-fi overtones, but that wasn't the point of it - it was a sharp criticism of contemporary American politics.  Star Trek, on the other hand, was all about exploration, both of space and of ourselves. It made technology cool, inspiring generations of naive youngsters (like me) to become scientists and engineers. That's something I don't believe BSG, with its genocidal teenage emo robots, will ever do.

I wrote a similar piece that's not BSG-oriented that you can read here. 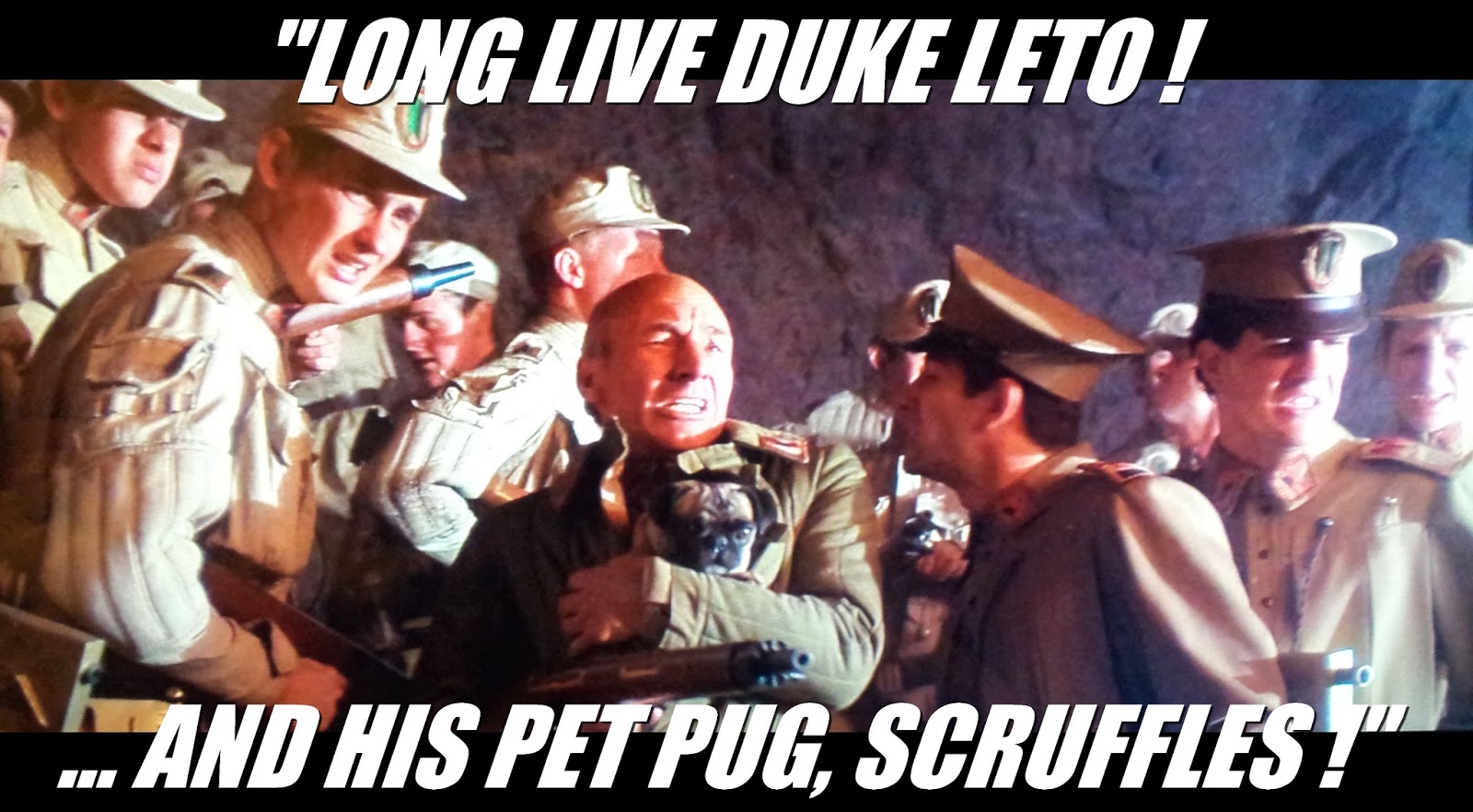 The adventures of a small pug in broken sci-fi epic Dune have been sorely overlooked for far too long.

Think about it - where are all the elf babies ? Are they involved in some sort of sinister death cult ? I think not. They appear to have found a peaceful way to deal with immortality without having a population boom... 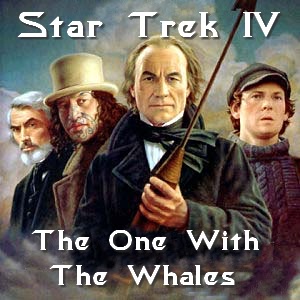 All ten (yes, there are only ten) of the Star Trek movies described in 60 seconds or less.

The Truth Behind Battlestar Galactica

Can it be a coincidence that so many of the actors have appeared in similar roles before ? I think not !