Where did it all go so horribly wrong ? As late as 1930, the world map looked a little like this : 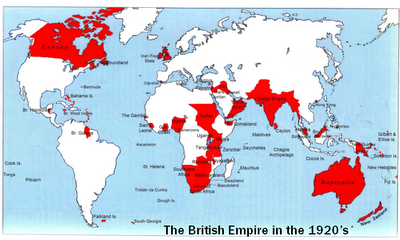 In 2010, it doesn't (of course, no-one today wants a single dominant power enforcing its will upon the world - supposing they were to attack someone without proper cause ?). And that's fine, we've moved on from an era of imperial conquest to national defense. All well and good, but there's a teensy-weensy flaw here : our current defense policy is daft.

For some reason our strategy still seems to be based around power projection, so that we can go and attack whoever we like, wherever we like, whenever we like. Well that's just marvellous, if regime change is your cup of tea. Maybe it's a good thing, maybe it isn't. Still, it's good to know that if any far-off countries decide to invade us, somehow, we shall be well-placed to stage a counter-invasion of our own.

Except, of course, that we won't. For starters we won't have an aircraft carrier for about 6 years, so we'd best hope that whoever feels our wrath isn't so well-equipped as to have anything as sophisticated as an air force. Or firearms (unless you want to launch an invasion without air support, for the lols...).

It's not all bad though. Because in 6 years time we'll have not 1, but 2 - count, 'em, TWO - shiny new aircraft carriers. With such overwhelming force at our disposal, we shall surely not even need to equip them with such vulgar decorations as actual aircraft. Which we won't for two more years after that. Presumably, should anyone be opportune enough to attack us in the interval, we can resort to good old-fashioned ramming tactics. It worked in Speed 2 with an ocean liner, so aircraft carriers must be even better. 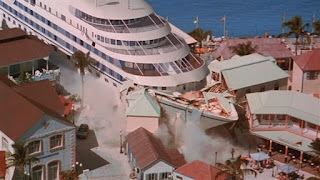 Of course, the current theatre of war is a rather landlocked country, so maybe we won't need an aircraft carrier for a while. Not much use for the navy in attacking cave-dwelling terrorists. With this is mind, our wonderful leaders have decided to continue building no less than 6 additional nuclear submarines. A huge expense in the current economic climate (£1.3 billion a piece), but it's worth it. A nuclear sub lurking in the Thames will certainly prevent terrorists from bombing any more London buses. Especially given how incredibly advanced they are, being so sophisticated that the first one has already run aground in UK waters.

Just think - for the expense of this we could have built 12 Millennium Domes. Good thing we're not quite THAT stupid. On the other hand, we could also have built 9 space shuttles, or 1 Hubble telescope, or the entire LHC and then some. Personally I opt for building 12 inverted Millennium Domes and using them as radio telescopes. This would make the world a happier and more knowledgeable place than a fleet of submarines, I'm sure.

Fortunately, everyone else is in such dire financial straits that they too have weird defence policies. We're going to share aircraft carriers with the French, as apparently we'd never need to commit an aircraft carrier without France being involved too. Because of course we and France have never had any difference of opinion on military matters whatsoever. 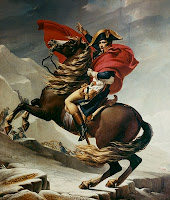 So we'll have 7 nuclear submarines that won't do anything, two aircraft carriers that will float around randomly because half the crew isn't sure where to go and the other half can't speak the other's language anyway, and finally we'll have a ballistic missile shield that will keep us all really, really safe. It'll certainly stop all those pesky ballistic missiles getting through, I was getting quite sick of the constant missile attacks.
﻿