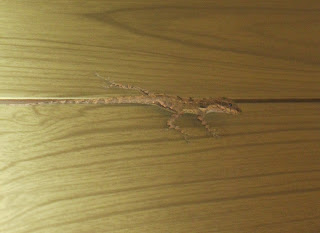 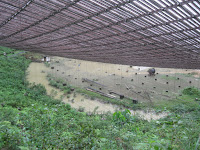 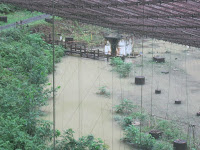 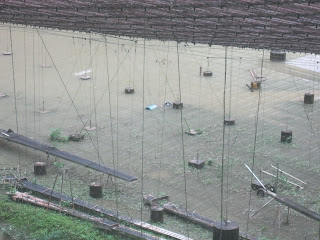 Last but not least, this week saw the visit of His Excellency Sir Nigel Elton Sheinwald of Harrow, British Ambassador to the United States of America. No, seriously, that's his full title (although he probably leaves out the "of Harrow" bit). Apparently he was accompanied by his wife and a protocol officer. Unfortunately I didn't get to ask if she's fluent in over 6 million forms of communications because they turned up while I was at lunch, and went galavanting up to the platform without me. Nor did anyone take up my suggestion that we find a small boat and sail them around underneath the dish. I can't imagine why. Because the line "I once went sailing with the British Ambassador underneath the world's largest radio telescope" is one hell of a conversation starter.
Posted by Rhysy at Saturday, November 12, 2011