The Pillars of the Earth

... as Ken Follet would describe cathedrals. In the interests of brevity I'm going to lose the standard chronological narrative and describe Prague somewhat more haphazardly.

The Charles Bridge, which my guide book insists should be the first thing to visit, is completely pointless in the middle of the day. You'd be better off staying at home and Google searching "pictures of statues".  Fortunately, you don't have to go astonishingly early to beat the crowds - before 10 is sufficient. If you go before 9, it seems from the webcam, you'll have the place to yourself. And while under the right weather conditions I imagine it is probably a very impressive bridge indeed, there really isn't any good reason why the mass of the crowd at midday is enough to generate its own gravitational field.

Petrin Tower was a much more rewarding visit. The funicular was out of service so I took a pleasant walk straight up the hill through some extensive, well-kept and almost empty gardens. The tower itself is described as a miniature version of the Eiffel Tower, which it isn't, but it does give a very good view of the city indeed. 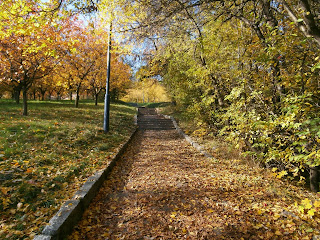 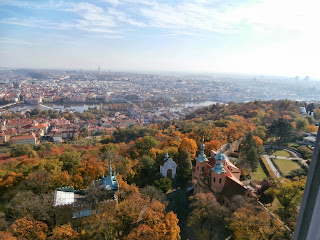 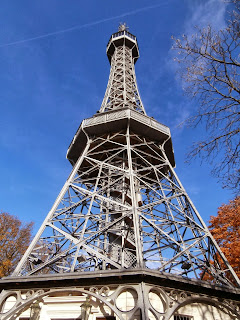 A more unexpected find in Petrin gardens was an observatory. Arecibo may win the title of most iconic telescope, while the Sphinx may claim the most exotic location, but Štefánik is probably in the running for having the best-kept grounds. It's in a freakin' rose garden, for goodness sake. 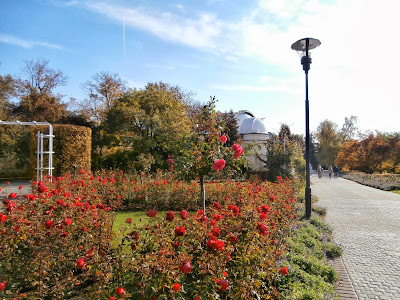 Petrin hill also offers a very good view of St Vitus cathedral, the heart of Prague Castle. The Castle is also the thing I should visit first, according to my ever reliable and self-consistent guide book (well, it was free). Although there are a few elements of fortification, it's really a disparate collection of historic buildings. And it's none the worse for that. 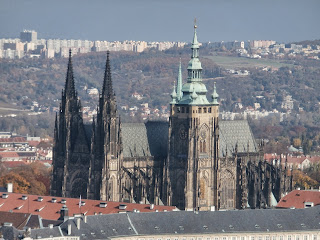 The castle area has been in continuous use in one form or another since around 870 AD. The exhibition hall gives an excellent and thorough description of the full history of the site, from pottery dated to around 5,000 B.C. (the fact that something as simple as a pot can survive for seven thousand years should be more than a little overawing) right up until the modern era.

The centerpiece, St Vitus, is truly resplendent. Begun in 1344, no-one seems to have gotten around to consecrating the place until 1929. At that point - one assumes - its use as a brothel and a opium den finally had to stop. Construction work is an ongoing project, so in that sense it's been in the making for over 650 years. It's survived fires, wars, and countless regime changes. Yet it turned out alright in the end. Here's to another 650 years, St Vitus. 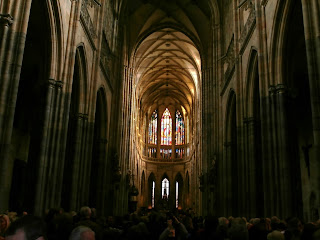 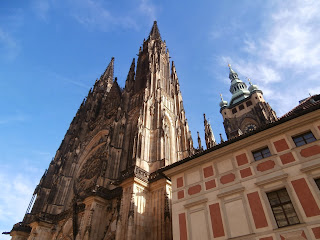 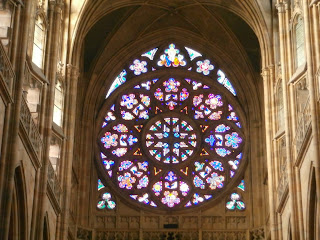 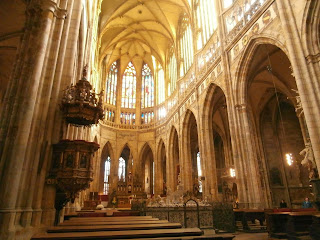 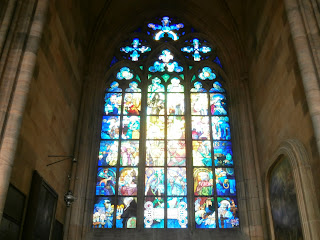 So far I've climbed Petrin hill with its observation tower, the Astronomical Clock tower, and of course the hill to Prague Castle itself. I couldn't very well not also climb the south tower of St Vitus. This was definitely the most taxing of the viewing towers, partly because it's taller than the others (96m compared to 60m for Petrin tower and the Astronomical Clock) but also because the stairwell is a classic medieval spiral staircase. There are a few small windows into the tower interior, but generally you're stuck in a very narrow stone enclosure until you reach the top. 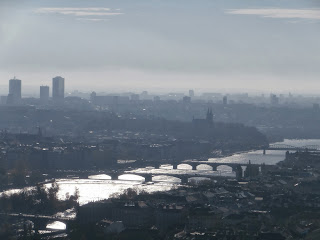 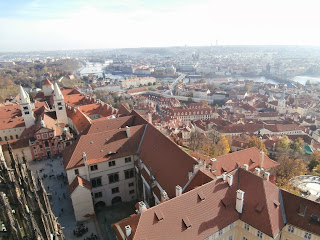 There are no passing places, but fortunately - and very surprisingly indeed - there were hardly any other tourists. Maybe half a dozen, not more. In contrast, the Astronomical Clock was heaving (the queue took half an hour before I could even go up; at the top itself things are verging on shoulder-to-shoulder), though Petrin tower was somewhat more pleasant. In terms of the best all-round experience solely for viewing the city, Petrin tower is probably the best, in my opinion. But for God's sake don't let that stop you from visiting the other towers too.

Prague Castle does have a few places I would more normally expect from a castle. One is the Powder Tower. This offers somewhat uninteresting exhibits about the Prague Castle Guard, though the history panels are more engaging. More fun is Golden Lane, which has a huge collection of medieval armour and a torture chamber. I also got to shoot a crossbow (for the rather obnoxious price of £1.50), though I only managed to hit the board once. Oops. 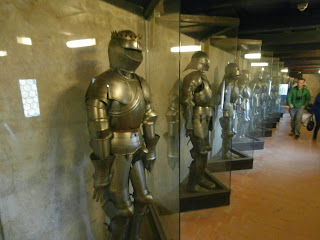 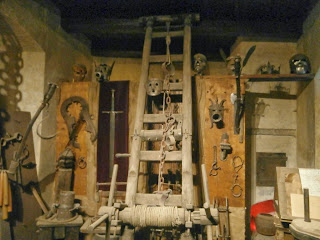 Finally there's the Prison Tower, which has all the mod-cons you'd expect from a medieval dungeon. Prisoner cage and rack as standard, with a special offer on solitary confinement... lower your prisoners through a tiny hole to a pitch-dark cellar by means of a metal harness. History is not for the squeamish. 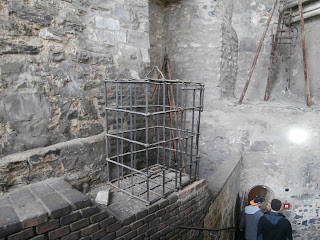 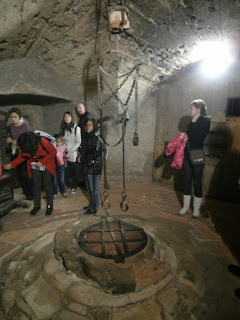