If you're one of the long-suffering followers who only signed on for the science outreach, fear not ! This week I present the thrilling sequel to Blue Marbles (actually this perfectly logical extrapolation wasn't my idea but was suggested to me by some dude calling himself "Joshua K"). "Blue marble", of course, refers to the photograph of the Earth taken by the crew of Apollo 17. Fortuitously, treating the planets as marbles makes a convenient way to compare their sizes and masses. Scroll down to the bottom if you're after the video.

Having already done the gas giants, this time I'm looking at a more-or-less random selection of the Solar System's more solid worlds. Screw Venus - sure it's hot enough to melt lead all the frickin' time, the pressure from the atmosphere is the equivalent to being nearly a kilometre under water, and most of that atmosphere is carbon dioxide... but it's almost exactly the same size and mass of the Earth. This makes it incredibly boring. Let's move on. 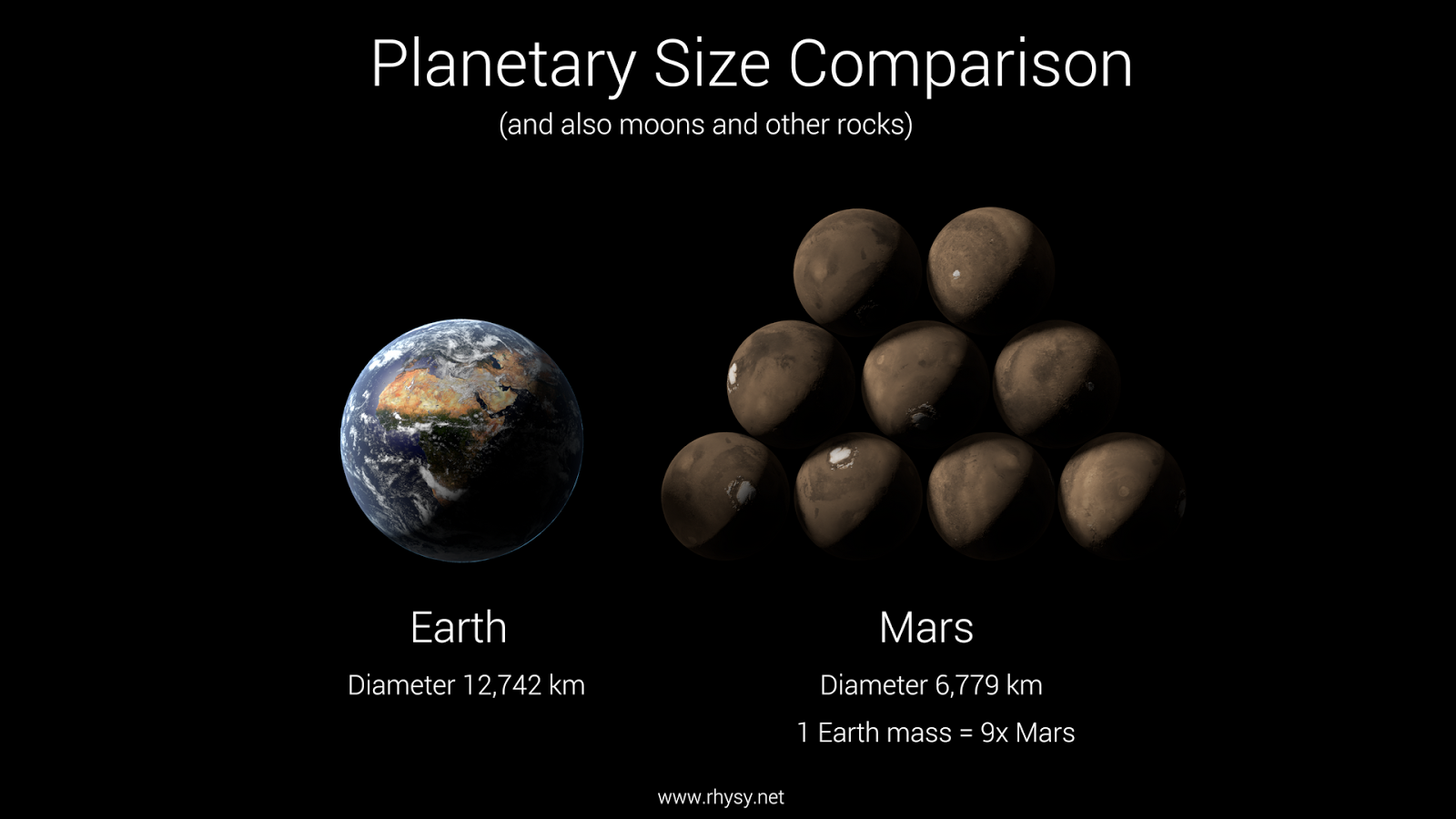 Mars presents a more interesting comparison. About half the diameter of Earth, it would take about 9 times the mass of Mars to equal Earth. Mars is about the same distance away from us as Venus, but in the opposite direction - away from the Sun. While the temperature can be bloody cold, it can also be surprisingly warm. The thin atmosphere does not mean your eyes will pop out, no matter what Arnie says. He was right to demand that you be given "eeah" though, because you'd most likely die of oxygen starvation after a few minutes. Less dramatic than eye-sucking, and at least you'd enjoy the 1/3rd Earth gravity for a while. 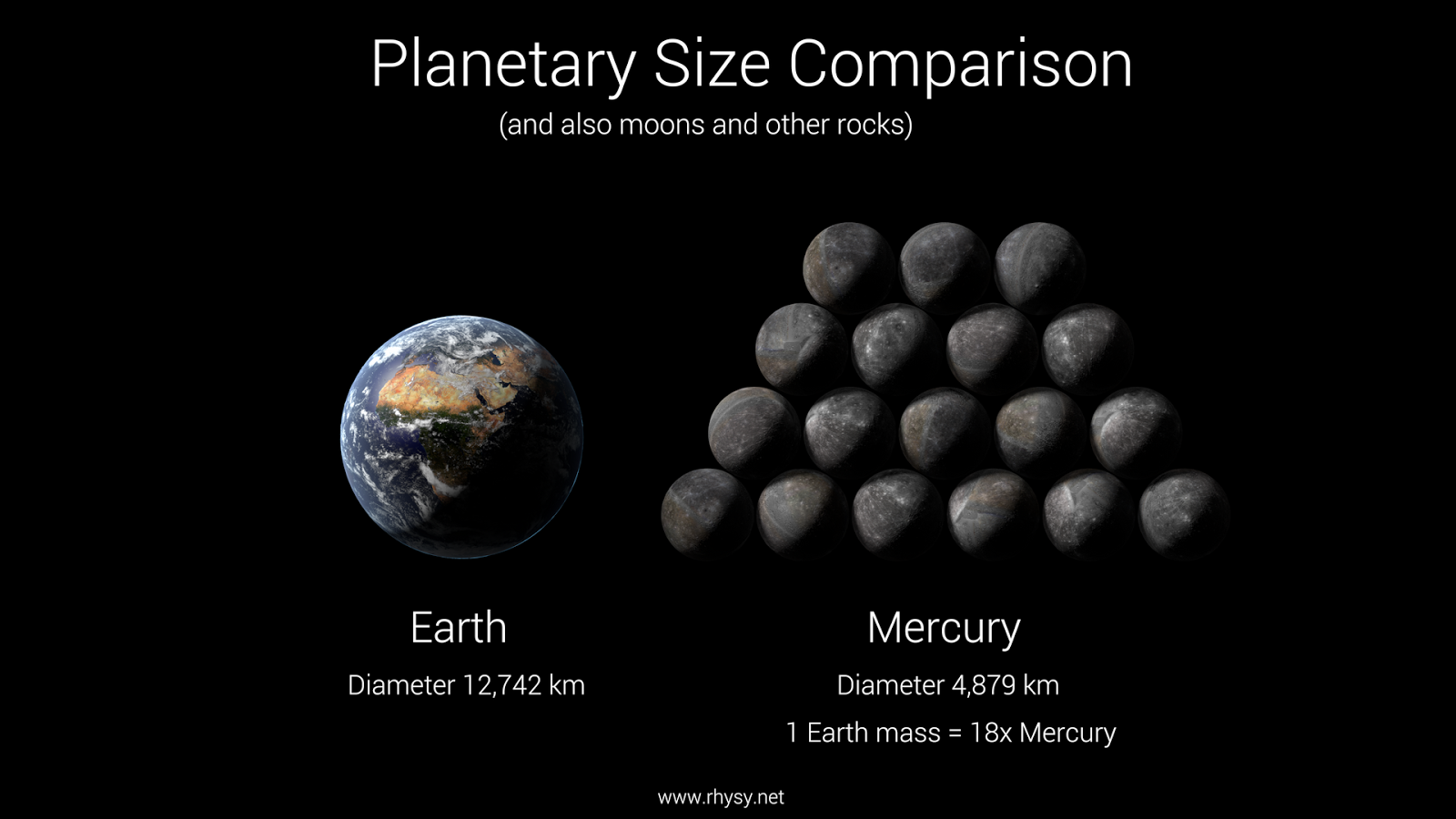 Mercury isn't much to look at, but it's almost as hot as Venus and colder than Mars, constantly. It has no atmosphere to spread the heat around, so the side facing the Sun is roasting hot and the other side would make a taunton wish for thermal underwear. Mercury is just over a third the size of Earth, but you'd only need 18 of them to equal Earth's mass. This is pretty dense - in comparison you'd need 67 of the similar-sized Ganymede (Jupiter's largest moon) for the same mass. Mercury's high density could be because it's really just the core of a larger planet, with the lighter material having been blasted into space by a titanic collision billions of years ago. 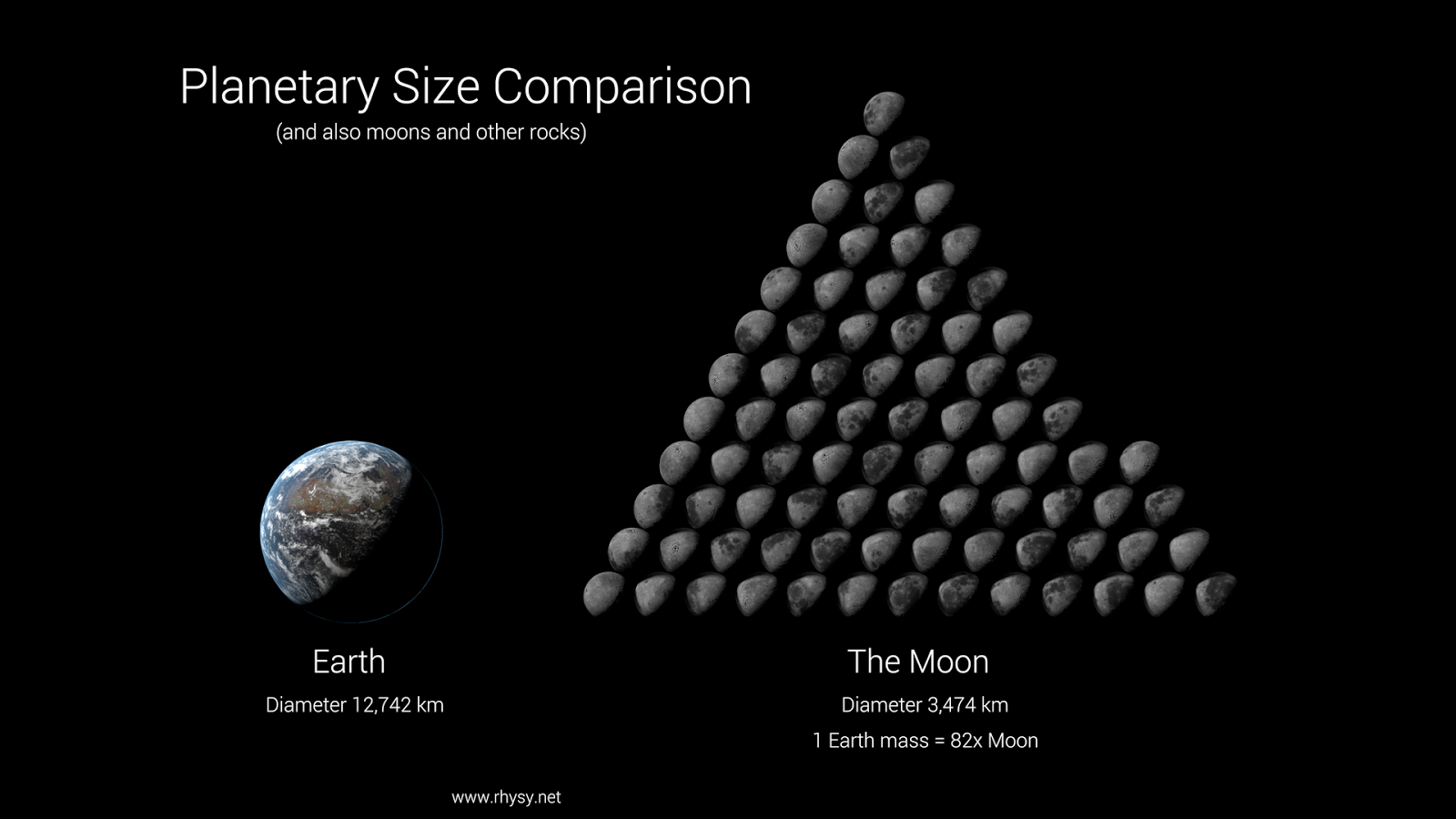 Which brings us to the MOOOOOON ! Seriously, I don't care if you're at work, stand up and say the word, "Mooooooooon !" in a loud, dramatic voice. It'll make you feel better, I promise. If it doesn't, you probably have no soul and don't like the Indiana Jones movies. Err... anyway, the Moon, like Mercury, is a world of extremes. 120 C in the day, -150 C at night. But, like Mercury, it's really just a big rock, so let's move on to somewhere more interesting*.

* Don't misunderstand me. I would maim and injure innocent people by the dozen for a chance to go to the Moon. It's all relative. 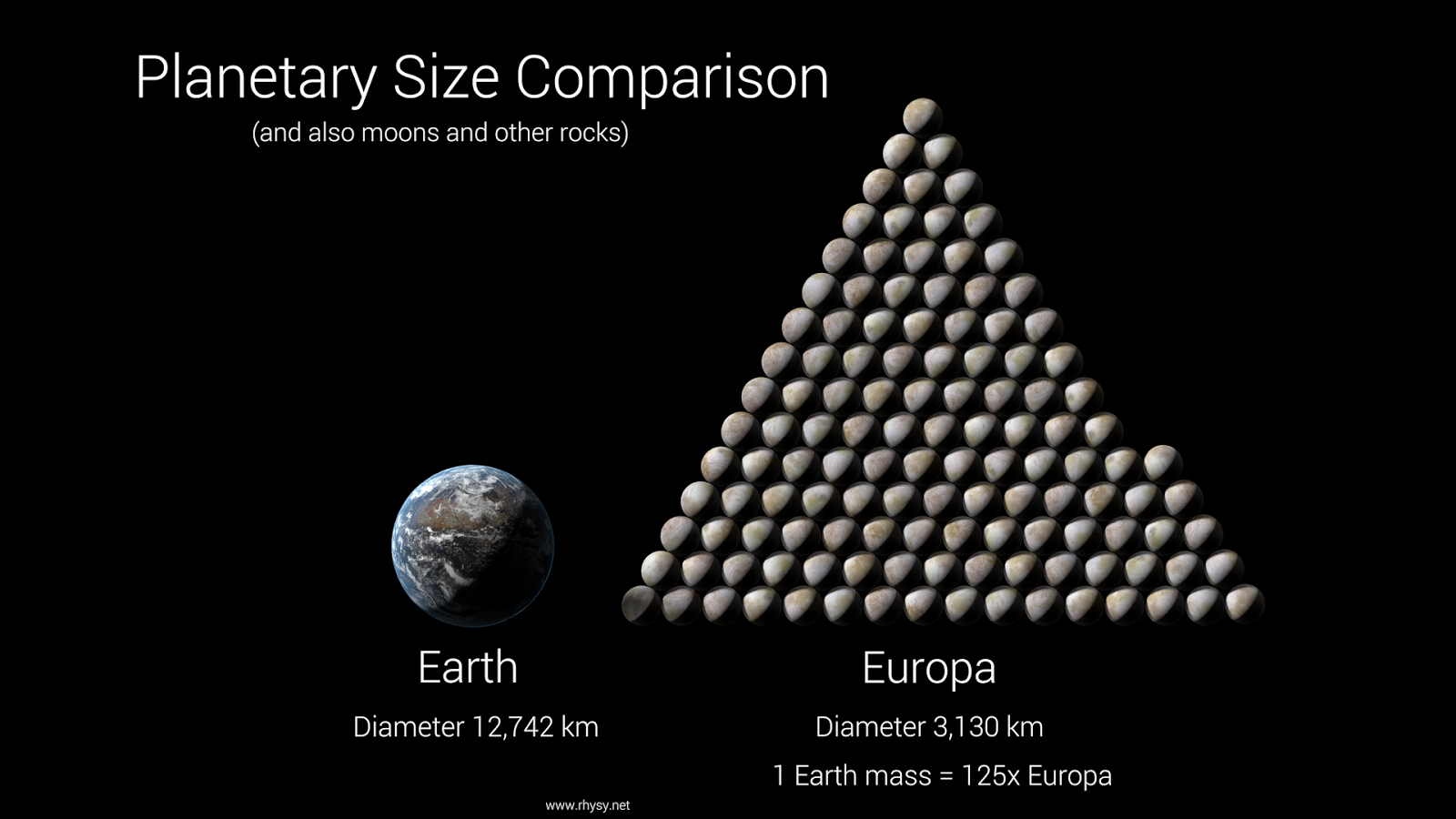 Europa ! Yeah, that's pretty interesting. Jupiter has four moons that anyone cares about, and sixty-odd smaller ones that just generally faff about. The smallest of the moons worth paying attention to is Europa, which is fractionally smaller than our own Moon but quite a lot lighter... being partly made from water. Beneath its Hoth-like surface may lurk a liquid ocean. It's even spouting jets of water into space. This, to borrow from the great Bill Bryson again, is a "You must go at once, take my car !" discovery. Or it bloody well should be, anyway. 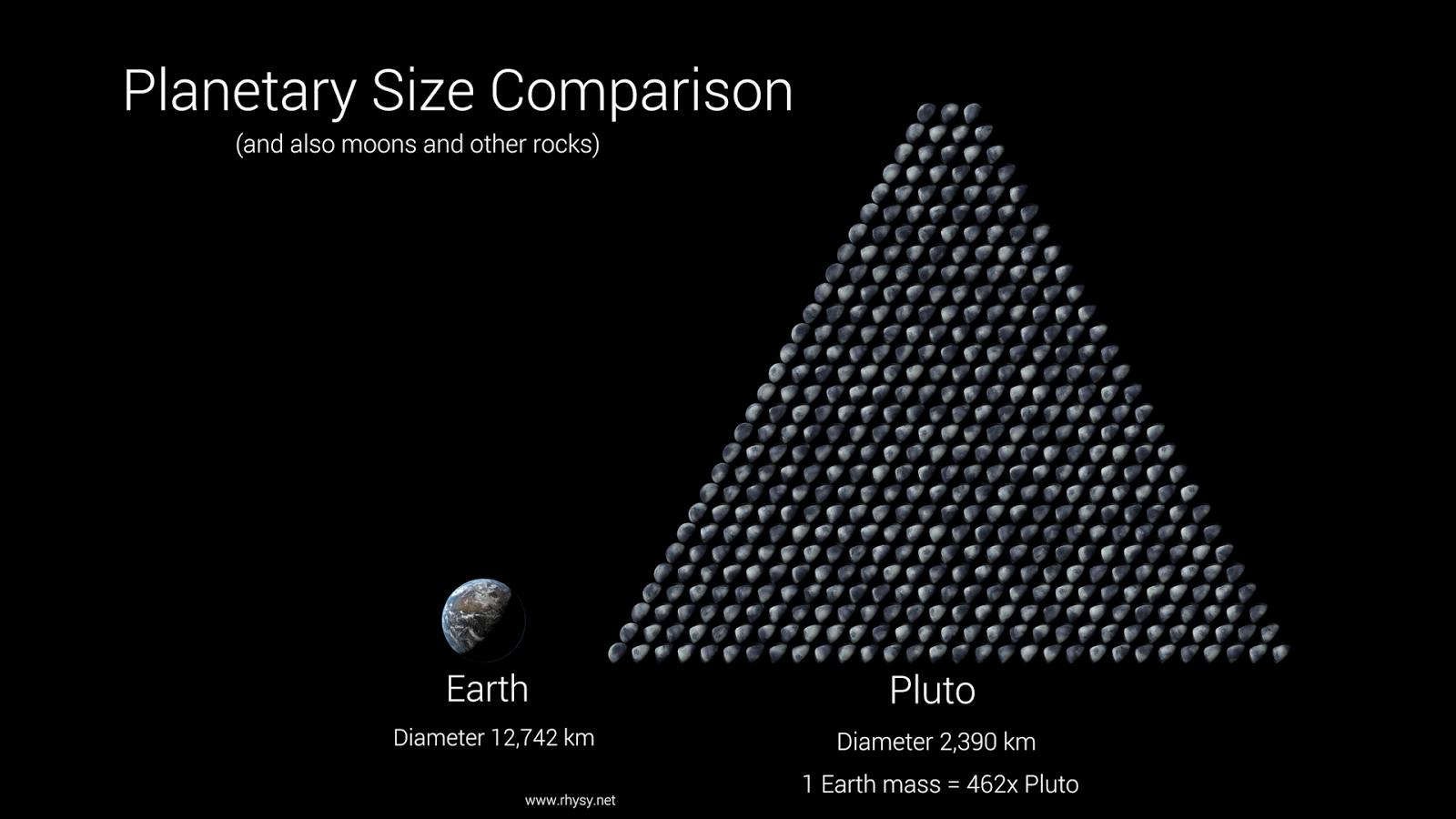 But I'm not here to blather on about alien fish. Let's skip over the methane oceans of Titan and the nitrogen volcanoes of Triton and head for the world best known for making the astronomy community look like a bunch of morons : Pluto. Even smaller and lighter than our Moon, the discovery of numerous similar objects lead to a redefinition of the world "planet"*. But Pluto is actually a pretty neat place in its own right. Cold, dark and incredibly lonely, it sometimes gets warm enough to thaw some of the frozen nitrogen and methane and produce a thin atmosphere. It also has a giant moon, Charon, which would appear at least seven times wider in the sky than out own Moon does.

*This was because astronomers felt it would be too difficult to cope with more than nine planets because they'd never remember all their names. And that's how we ended up with the world "planet" now having the most ridiculous definition possible. That's what you get for listening to Neil de Grasse Tyson. 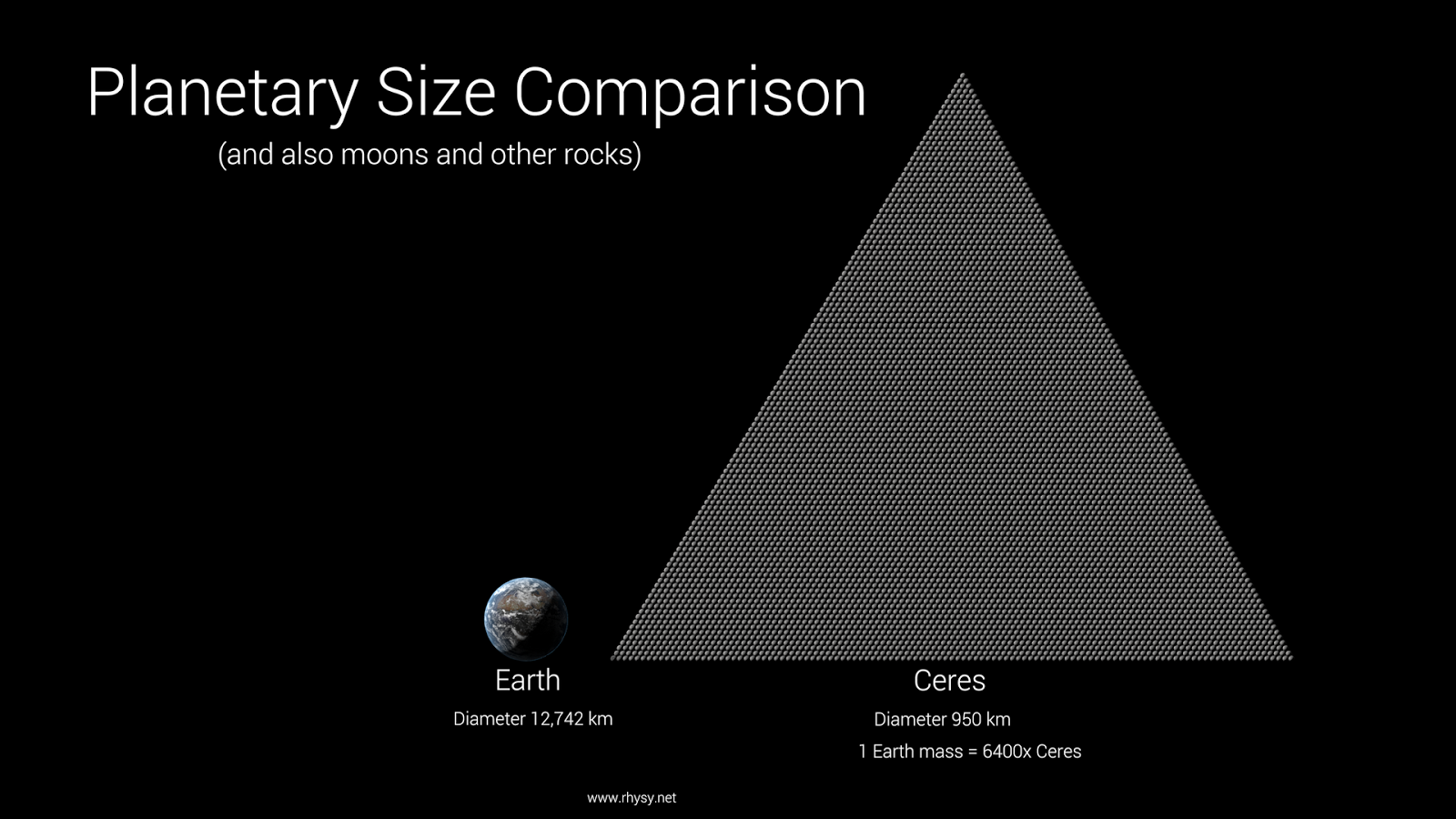 We'll know a lot more about Pluto next year when the New Horizons probe whips past. A few months before that, we'll also get our first look at Ceres, the Solar System's largest asteroid. About 950 km across, this tiddly little world is roughly the size of Britain. Its surface gravity is over 30 times less than on Earth, so leaping 10 or 20 metres in the air would be no problem. A world-class bowler could throw a cricket ball about 5 miles, before realising that cricket would be even more boring in low gravity. Golf would be even more tedious, though pole-vaulting and basketball would become a lot more interesting.

Of course, you can also see all of this in animated form, because it's always fun to make it rain planetoids.