Left to my own devices I naturally revert to modelling nuclear pulse rockets, or playing Skyrim. Even when it's very sunny outside. However, occasionally even I can't stand sitting quietly in my room not talking to anyone, so I go outside and not talk to a whole bunch of people instead. Most of the time this just involves walking for miles and miles, but with a mighty effort of will I can sometimes force myself to actually go somewhere. Deliberately.

When my parents visited we discovered the fabulous white peacock of the Wallenstein gardens. On that first visit, the wretched creature chose to display its natural Elizabethan ruff the moment we saw it, for all of five seconds. That's just spiteful, really. However, on my return visit the bird had obviously overcome its fit of pique, and cooperated marvellously for the camera.

I don't know why I find the peacock so fascinating - a regular peacock, some chloroform and a can of spray paint would do just as good a job with much less effort - but I rate it as the Greatest Peacock In The World. Even the weird-looking wall and owlery in the gardens just don't compete.

There being an unfortunate lack of any coastline in Prague, the closest I can get to any kind of maritime adventure is to ride a boat down the Vlatava river. Which I did, and it whiled away an hour happily enough, but it wasn't massively different from seeing the city from the riverside. 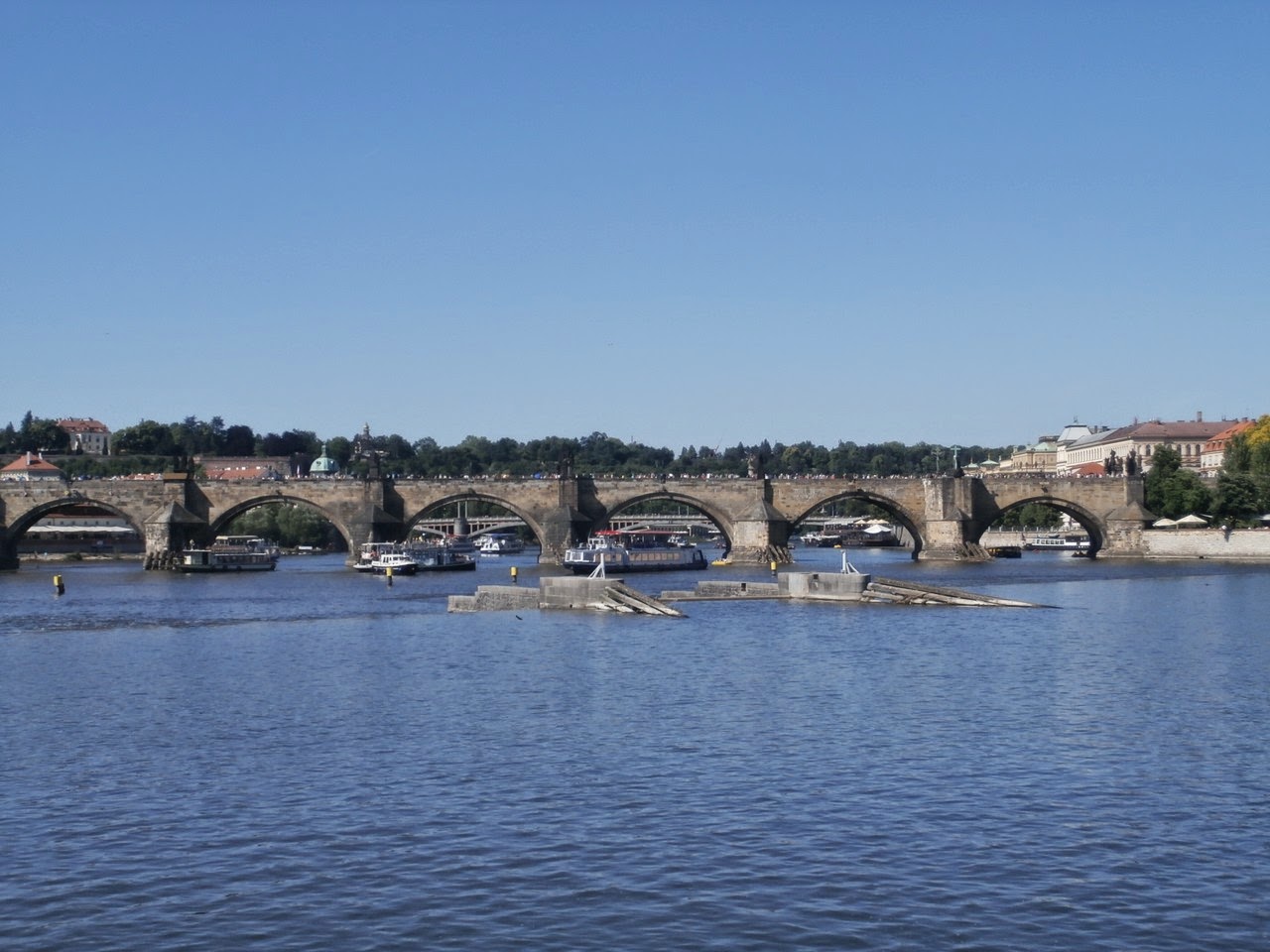 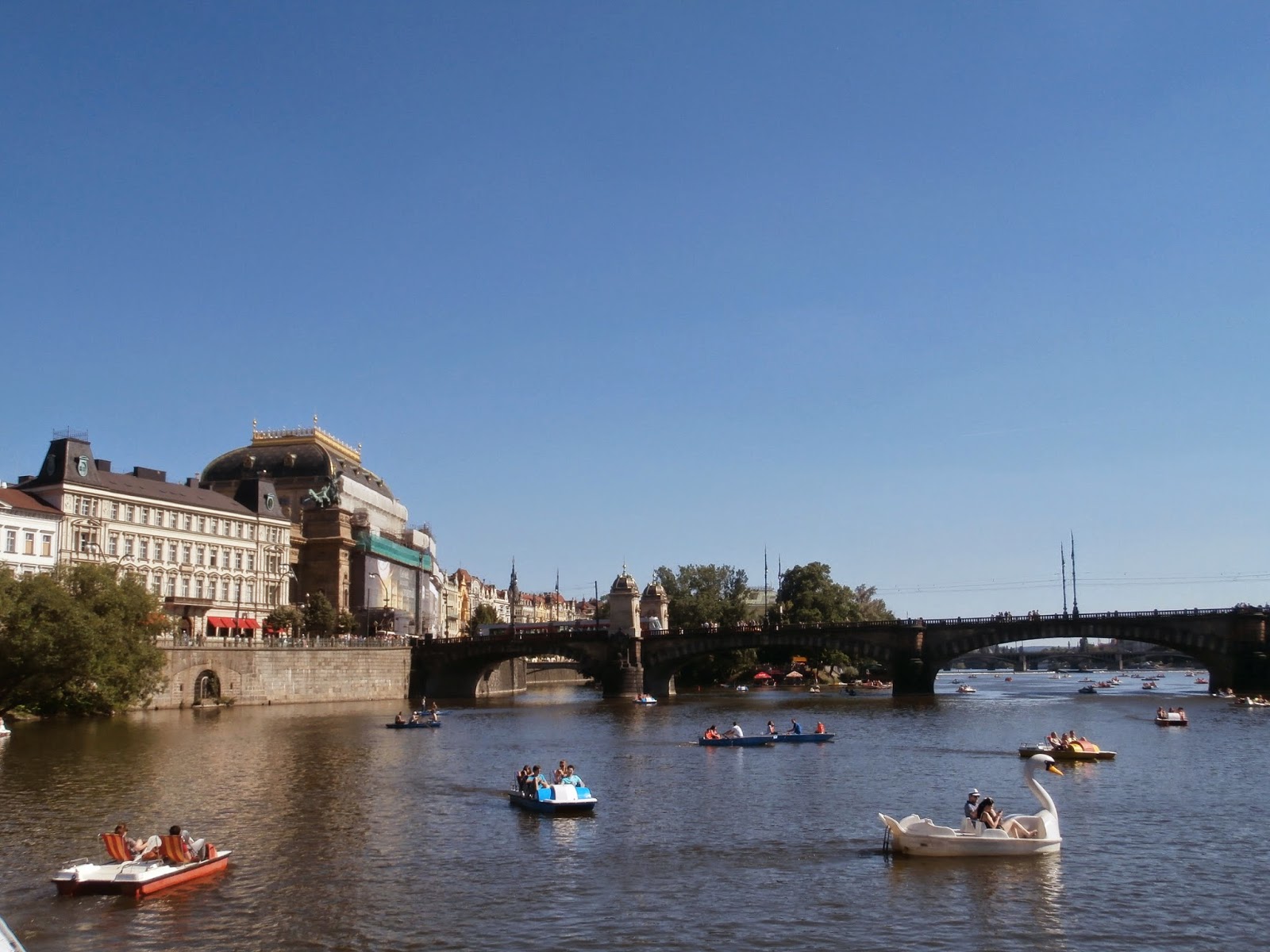 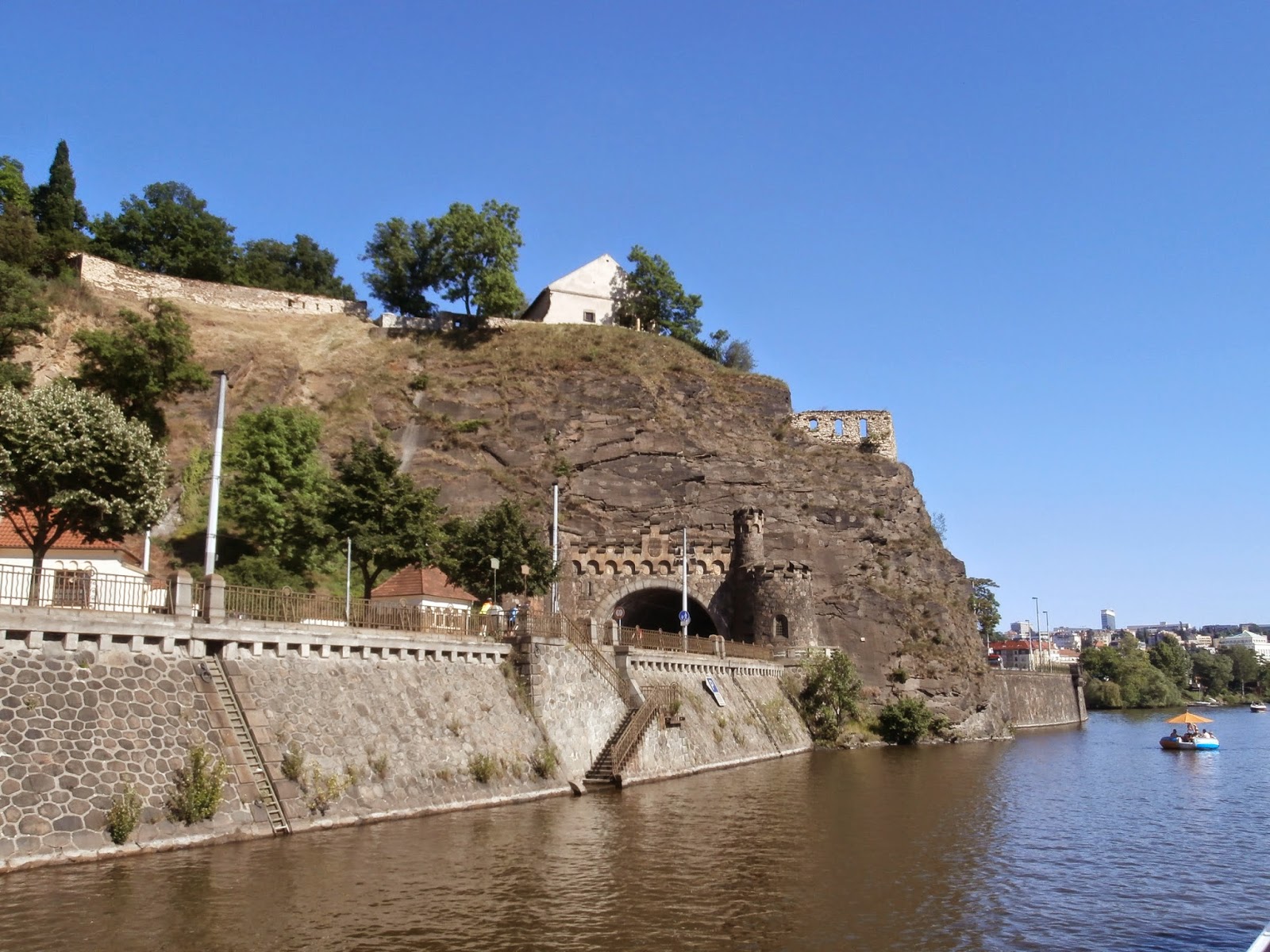 However, I soon discovered that a far more interesting approach would be to hire a barbecue boat. Yes, those are a thing. Picture a round picnic table with an umbrella and a grill in the middle. Actually don't bother, because I took a photograph. 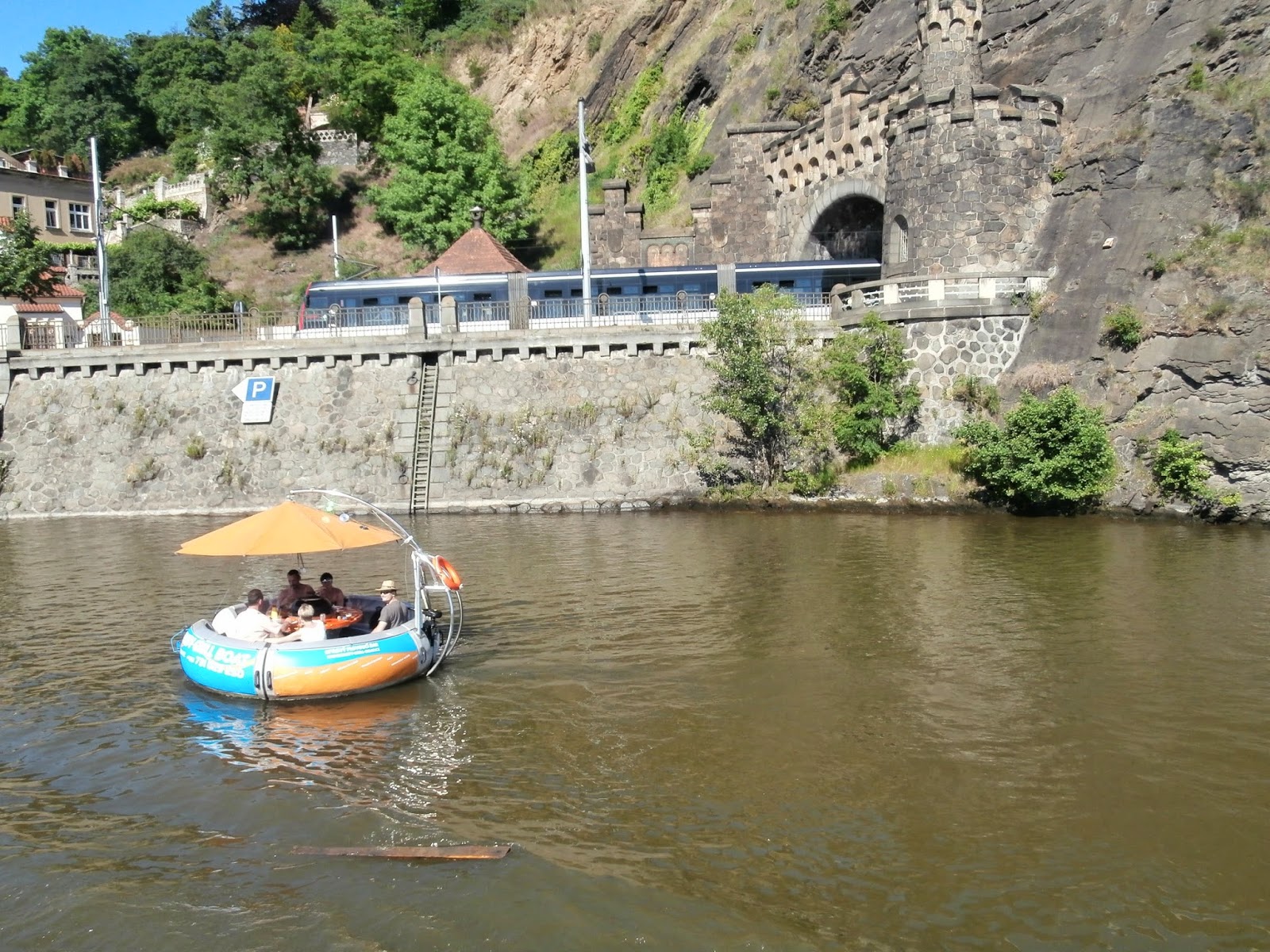 A far more satisfying excursion was when I decided to visit the New* Town Hall for no particular reason (and no, not because it's right next to Hooters - stay classy, Prague). This turned out to be a very wise move indeed. While its claim to offer the "best view in Prague" is simply wrong, it is a very nice view. The ascent is 221 steps, but it feels a lot less because there are several floors and it's not a narrow spiral staircase like St Vitus. It's also cheaper than the Astronomical Clock tower. 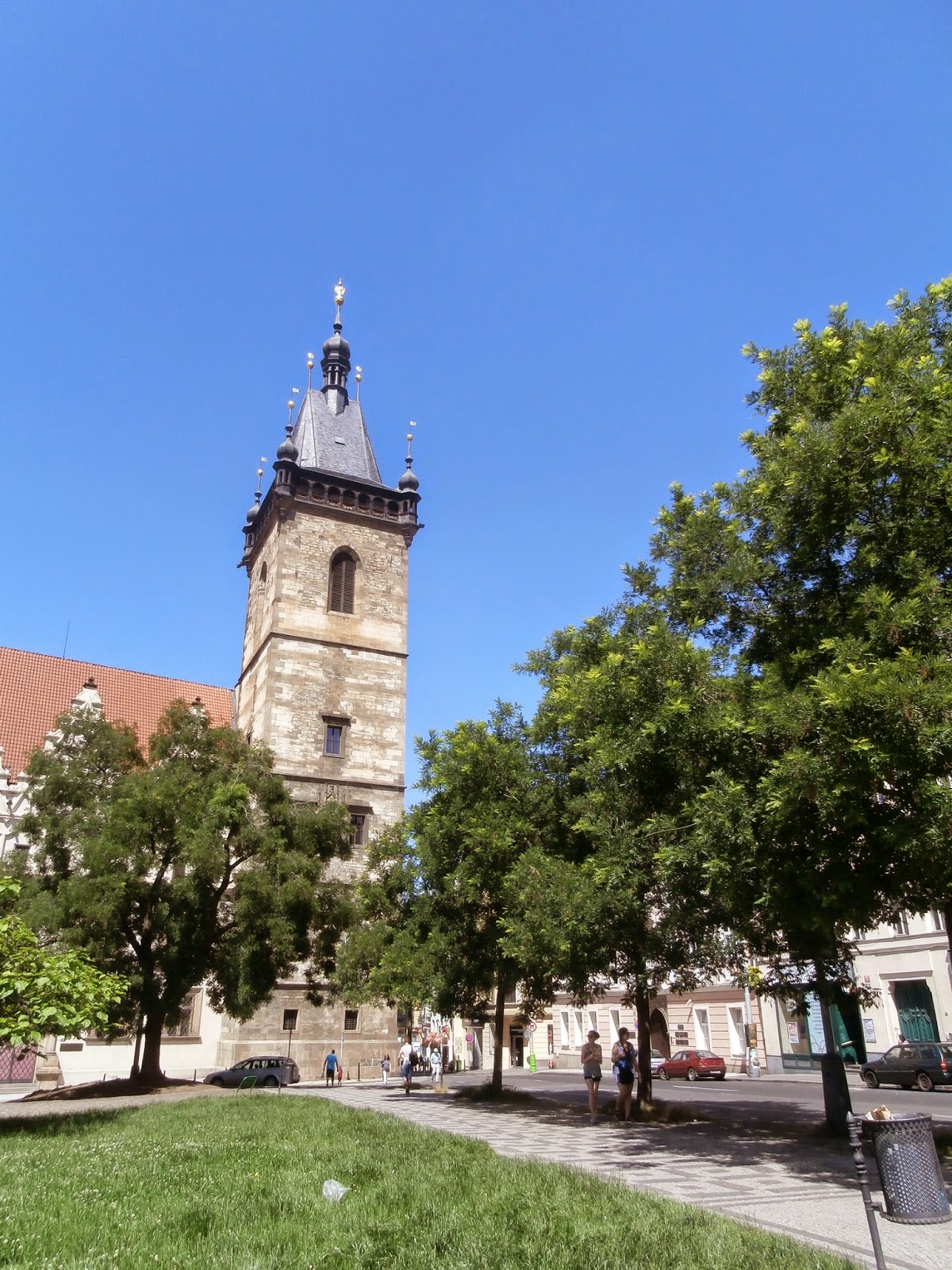 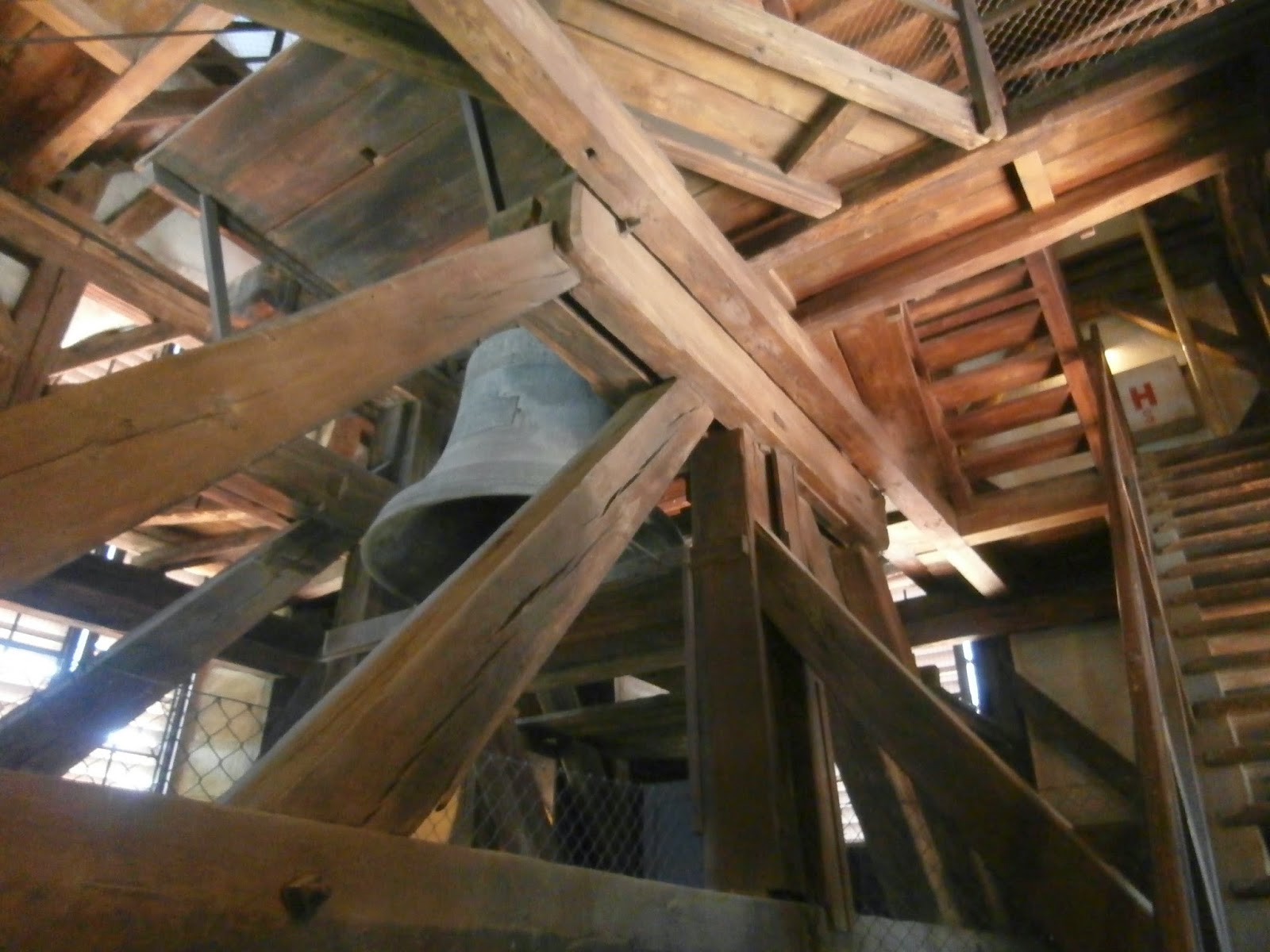 But its main advantage is that absolutely no-one else visits it. There was not a single other person in the tower the whole time I was there - and I was at the top for a good 20 minutes. I spent most of that time pointing and laughing at the people down below, shouting* things like, "HAH ! Ya daft buggers. For 50 CZK you could have seen this fabulous view, you petty FOOLS !" 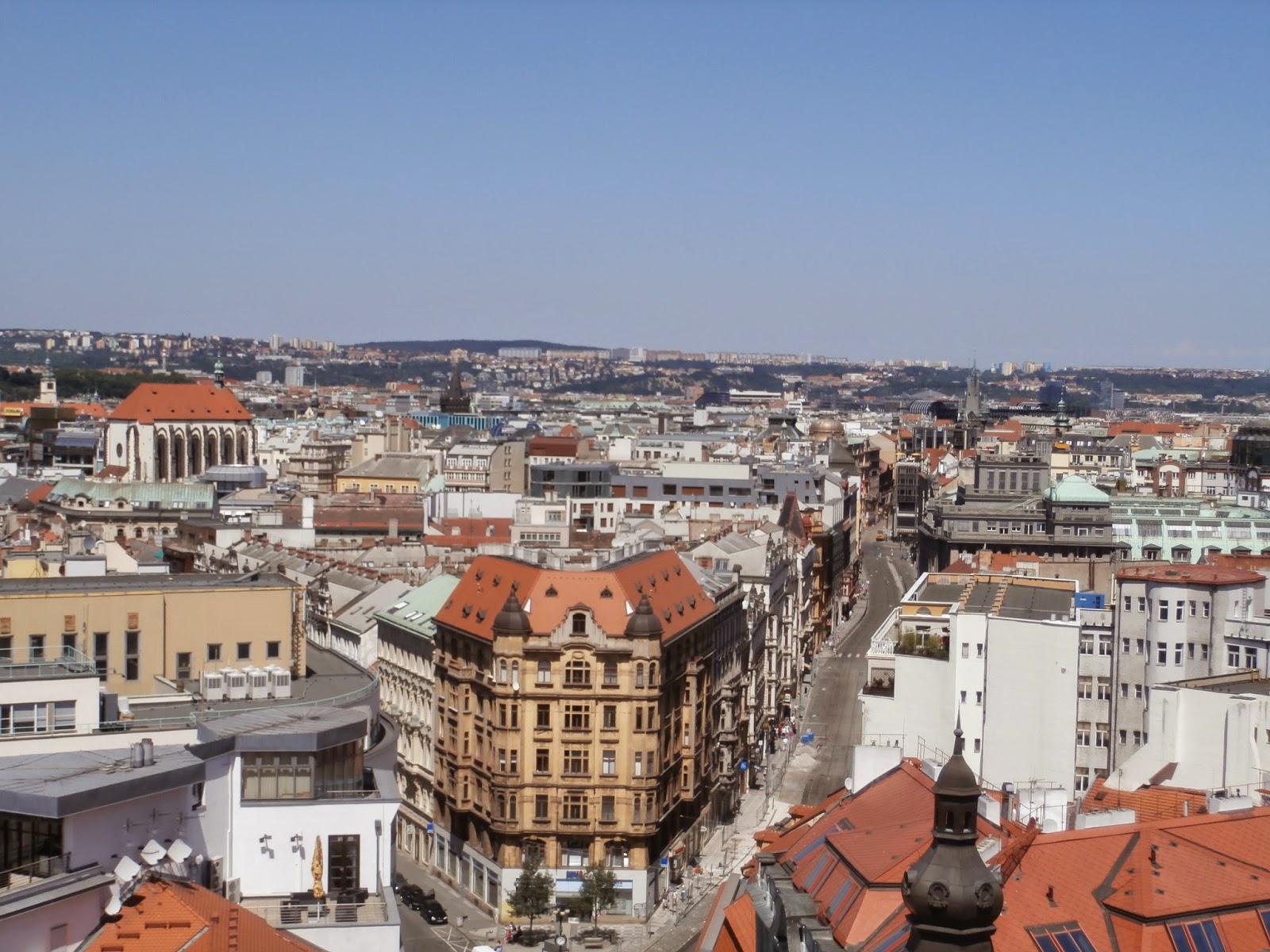 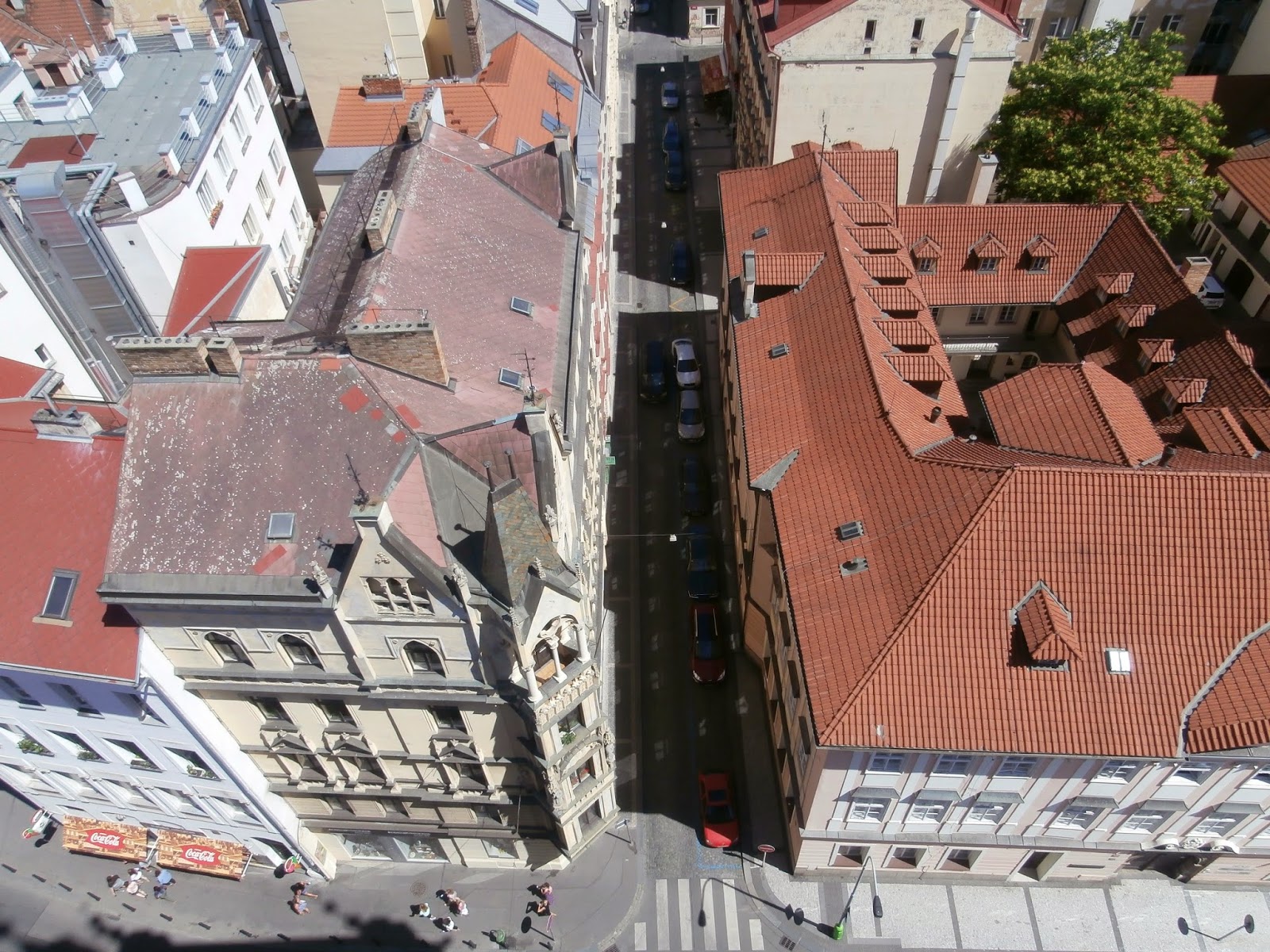 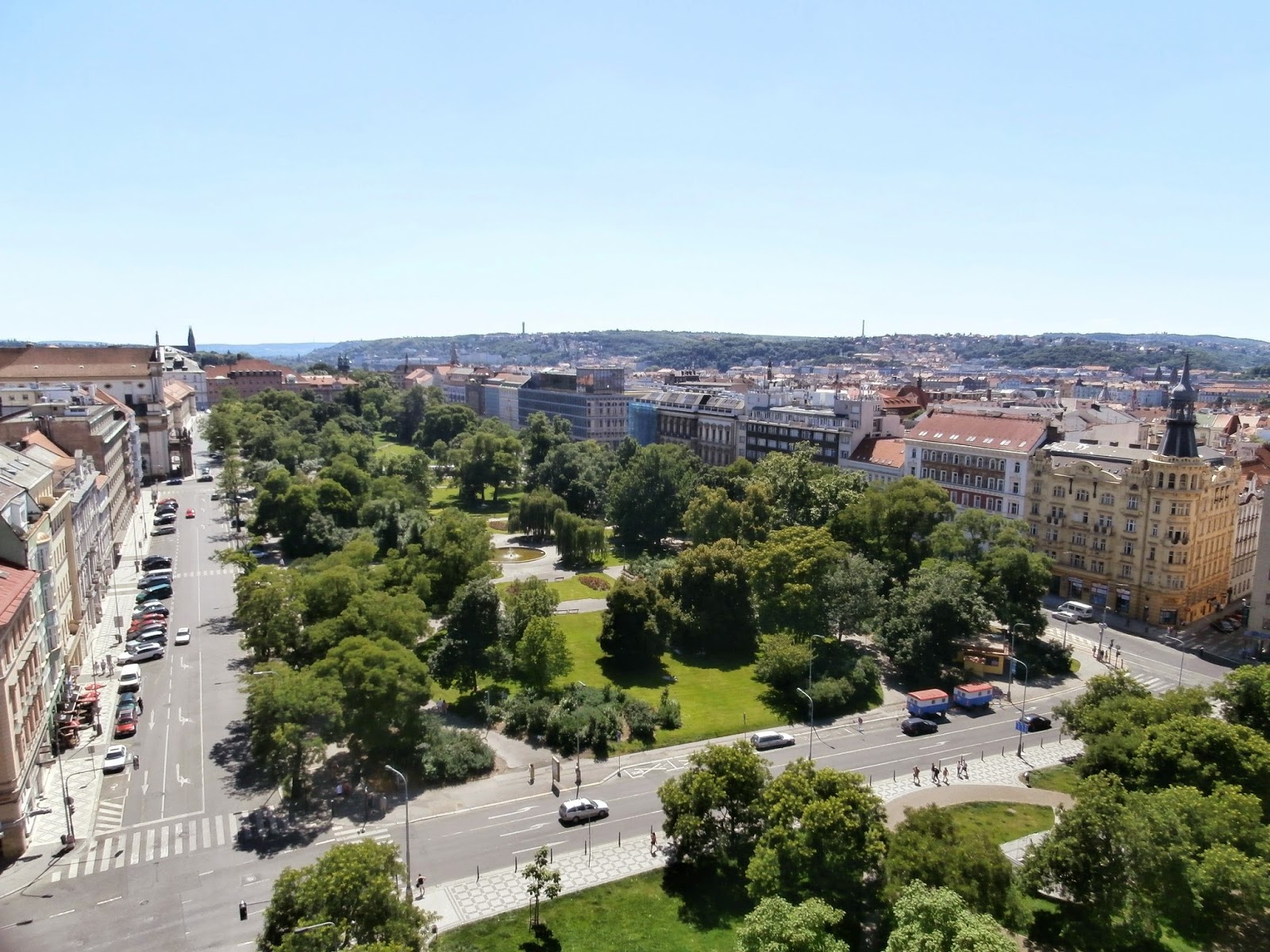 Putting a sexploitative diner next to medieval architecture or a bunch of hot coals on a very small boat are all well and good, but don't really compare to putting pumas in a pub. Apparently, some forward-thinking (or possibly just mad) landlord decided that a pub would also be a good place to double as a puma breeding centre. Well, why not ? I mean apart from the several dozen very good reasons, like the customers getting mauled or the pumas escaping (it's the only pub I've seen which has barbed wire above the "beer garden") or basic animal welfare.

On the first visit, the female puma had become a mother that very day, so we didn't see them (presumably successful breeding bodes well for the animal welfare issue). A month or two later and we were able to see all three. This place really needs a "beware of the cat" sign -  the pictures haven't come out too well, but trust me when I say an adult puma is a serious piece of cat. 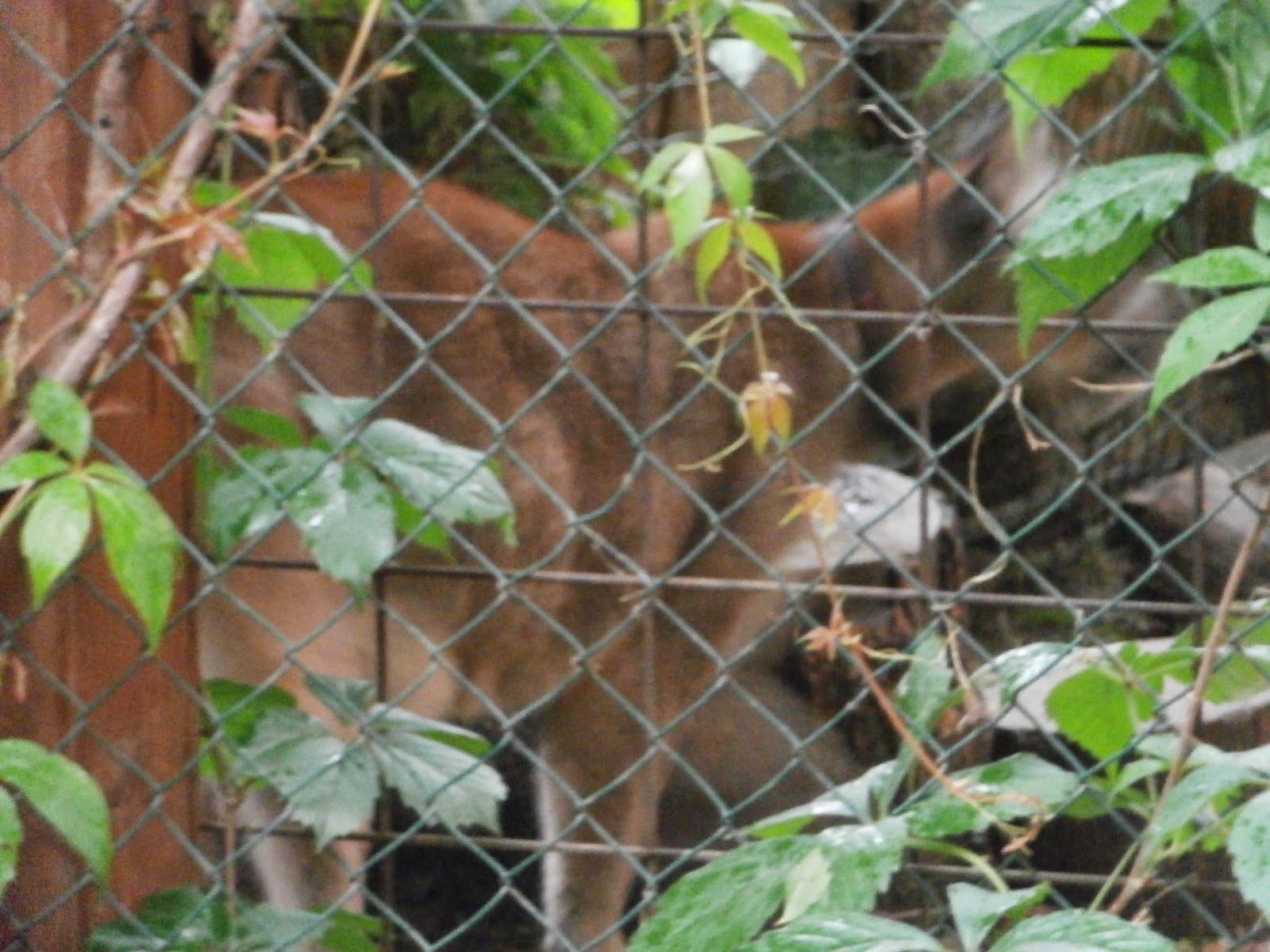 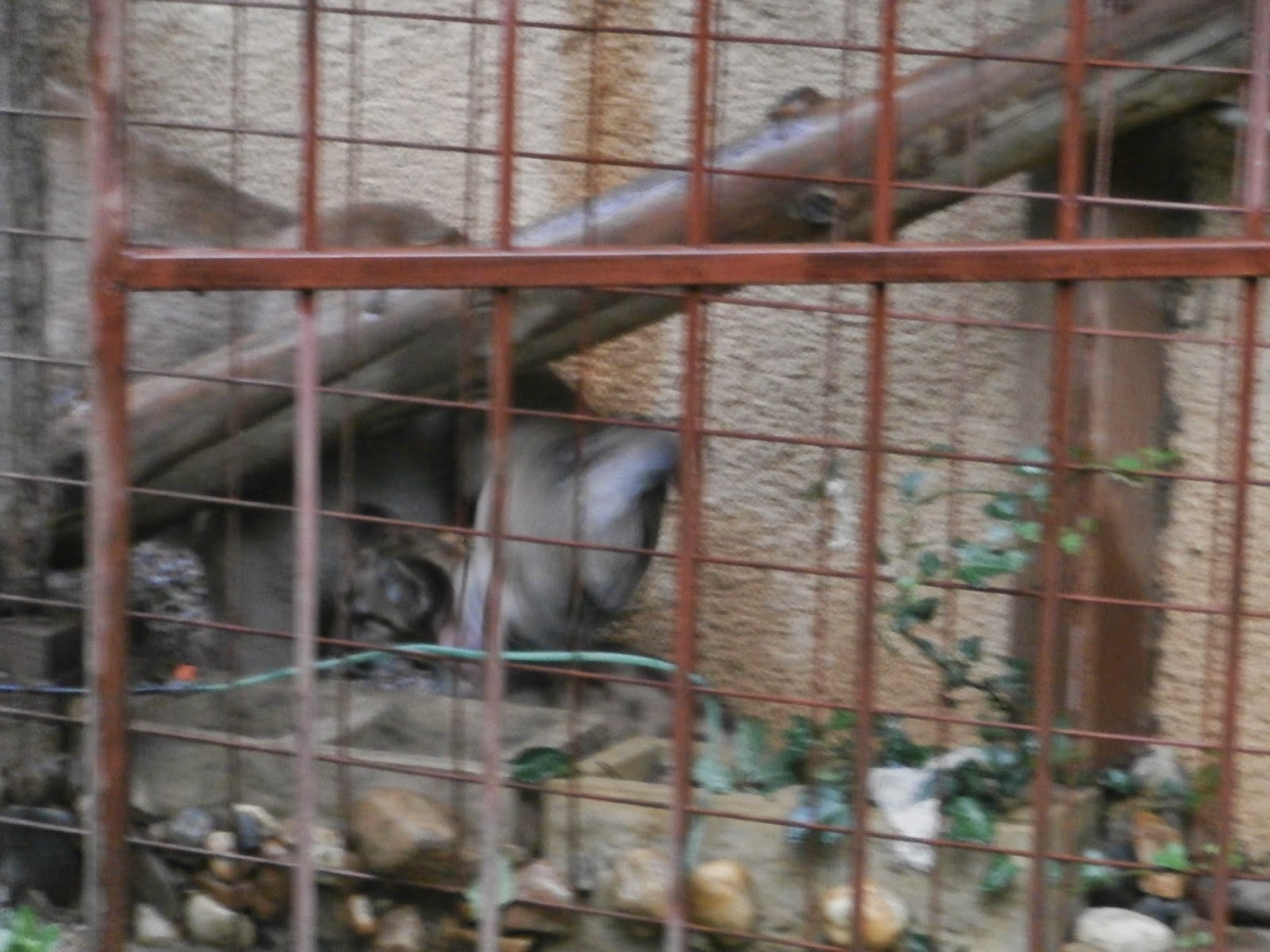 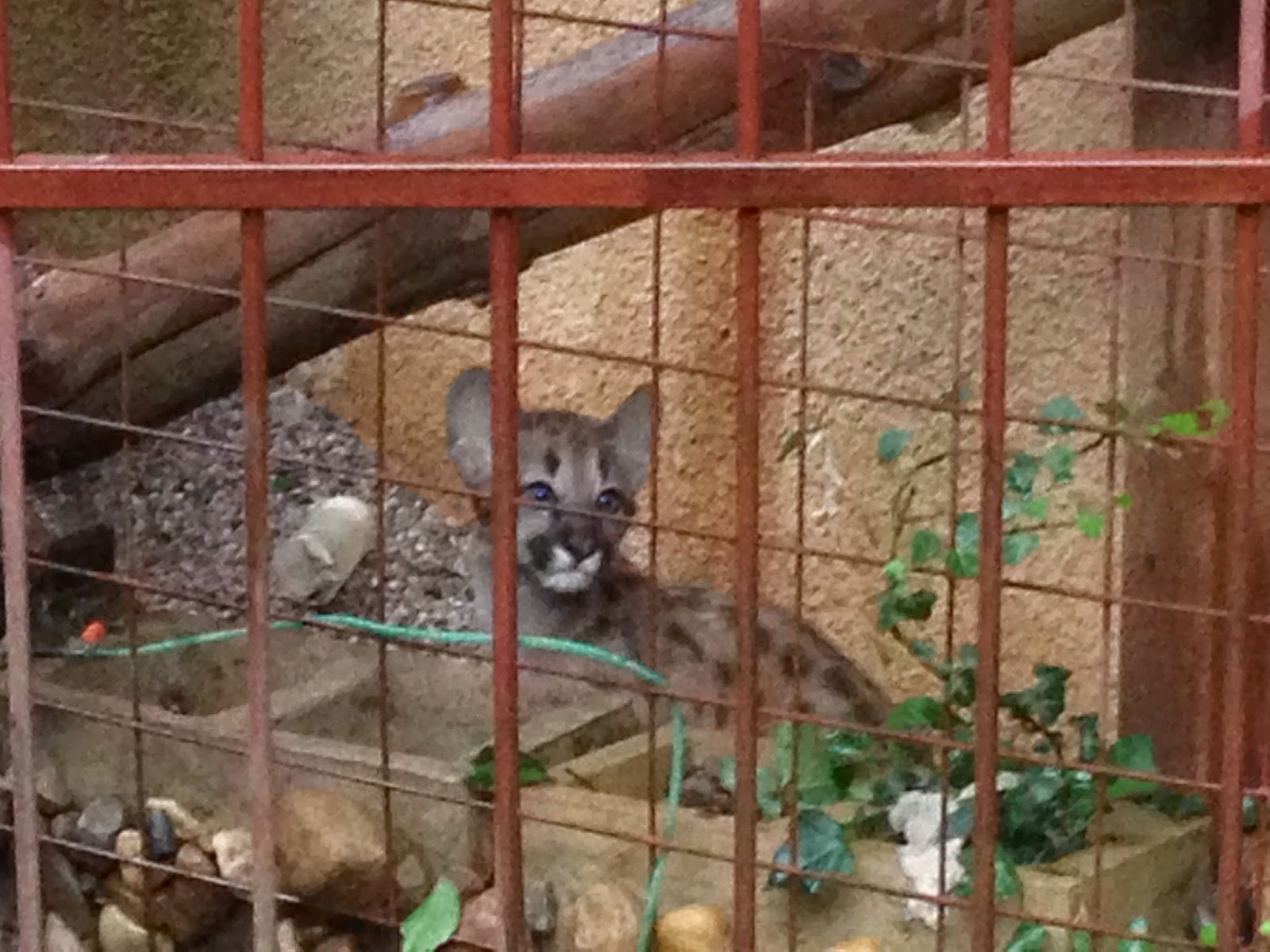 FUN FACT : Baby pumas do not meow. In fact, they sort of quack. The closet noise I can think of is police chief Wiggum's distinctive, "waaaaahhh".

That's all for this time. Tune in next week, when I discover a café full of armadillos and see the world's only albino sheep walking around Wenceslaus Square. Or something.
Posted by Rhysy at Friday, June 13, 2014