If you haven't seen it yet, I suggest you first read one of the press releases about the Thoth Tower, a proposed "space elevator" system that's supposed to be able to cut the cost of access to space. As I shall show, it won't.


Getting To Space Is Cheaper Than You Think


Space, they say, is only an hour's drive away - straight up. The energy required to travel 100 vertical kilometres is actually extremely modest : for a hefty 100 kg individual it's about the same as 100 kWh... which costs all of £3 ($5 US). Why, then, does it take the incredible power and expense of a rocket to launch stuff into space ? Why does it actually cost something like $4,000 per kilo to get into space ?

Well, the 100 kWh is the theoretical minimum you need to overcome gravity. Any launch system is going to be less than 100% efficient, so you'll always need to put in more energy than that. Rockets in particular have to carry all their own fuel, and the fuel is heavy, so they need to carry enough to lift both the weight of the fuel and the payload. And merely reaching 100 km altitude is far easier than going into orbit at 100 km altitude.

To hurl something up to 100 km altitude, you'd have to give it a staring speed of about 1.4 km/s (3,100 mph), ignoring air resistance. But if you did that, it would simply go straight up and then fall straight back down again.

To get something to stay in orbit you need to go very much faster, about 7.8 km/s (17,000 mph). Although that's "only" about 5.6 times faster, energy scales as speed squared... so you'll need to give it over thirty times as much energy. Let's say you could float a balloon up to 100 km altitude (you can't, but let's pretend). If you threw something off the side, it would still simply plummet to the ground - unless you threw it at 7.8 km/s sideways. The point is your starting altitude makes almost no difference at all to the huge amount of energy you need to go into orbit. You need just as big a rocket at 100 km as you do on the ground.

Wouldn't it be nice if, instead of having to deal with complicated rockets and the need for vast, explosive energies, we could just take the stairs ?

The idea of a space elevator is nothing new, but traditionally it's very different to Thoth's "plan". A more typical space elevator is a cable stretching 36,000 km out from the surface of the Earth (with a counterweight station on the end to keep it in tension). At that altitude, it so happens that an orbiting object would take 24 hours to orbit the Earth. Since the Earth takes 24 hours to rotate, objects orbiting at that distance never move in the sky : they are geostationary satellites. Below this distance orbiting objects have to move more quickly, so they take less than 24 hours to orbit and aren't always visible overhead.


Here's the thing. The station at the end of the tether is in orbit, just like any other satellite. "Drop" something from the end station and it won't fall, because it's already in orbit. At lower levels, this isn't true. The tension in the tether forces it to stay up, but the speed of the tether at all points below the station isn't high enough for it to be orbiting. So if something fell off from halfway up, it would simply drop to the Earth below.

... except that it's a bit more complicated than that. You don't simply fall straight down like you would from a very tall building or a mountain, staying parallel to the tower. This thing is so tall that we're out of the realm of everyday experience and into orbital mechanics. Gravity at the top of the tower is much weaker than at the base (more on that soon), so as you fall not only does your speed increase, but your acceleration also increases. And the linear speed at which the cable is moving forwards increases with height.

All of which means that, unlike falling off a cliff, if you fell off a space elevator from a high enough altitude you'd actually move forwards relative to it. And if you were high enough up, you wouldn't hit the ground at all - you'd go into orbit. Not a nice circular obit like at the top of the tether, but a hair-raising elliptical orbit (which in the example shown here would probably graze the atmosphere so you'd die a horrible fiery death).

Anyway, the neat thing about this kind of space elevator is that you don't need a rocket to reach the tremendous speeds necessary for orbit. Instead of an incredibly complicated rocket system, which has to carry all its fuel onboard to travel in the vacuum of space, you can just use an electrically-powered lift. That would get you to orbit for the princely sum of £150 per person. Roughly the price of an EasyJet return ticket from Bristol to Prague. Of course it won't be this good in practise, because nothing is perfectly efficient, but clearly it's many orders of magnitude cheaper than using conventional rockets.

He isn't relevant at all. Check your spelling.

I'm so very glad you asked. Thoth's design is completely different. At just 20 km tall, it's not something most people would recognize as space elevator - more of a conventional building. The thing is, 20 km just isn't high enough to convey any advantage whatsoever. At that height gravity is only about 1% less than at sea level. You need to go to altitudes of thousands of kilometres before gravity really drops significantly. Here are some numbers in handy gif form, because maths.

Clearly, you need to go to much, much greater distances than 20 km to get any advantage over gravity. But according to Tech Insider, which gives a critique of the massive engineering challenges of building the tower :


Finally, Quine claims that since rockets eat up about 30% of their fuel during the first 12-mile ascent, the tower will offer the same savings in fuel compared to conventional rockets launched from the ground. 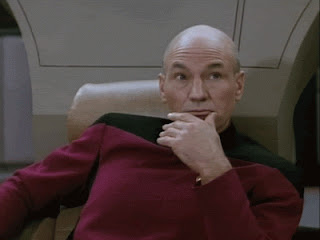 I think not. Rockets use more of their fuel in the early stages because that's just how rockets work. The initial mass of the rocket is very large. So if you want to accelerate that large mass against gravity, you have to eject a correspondingly large mass out the other end. Moving the rocket 20 km up makes absolutely no difference to the size of the rocket needed whatsoever, if you still want to reach the same final speed with the same payload with the same gravity. There's one possible escape for Thoth : the tower would be so tall it would be above quite a lot of the atmosphere. At 20 km the atmosphere is about 13 times less dense than at sea level. Except there's just no way that's going to save you anything like 30%, as this NASA engineer describes, and this helpful random person on the internet explains using maths. Atmospheric drag accounts for slowing the rocket by maybe a few tens of metres per second, compared to the required velocity of several thousands of metres per second. Basically, no.

But Thoth have compounded error upon error. Even if their 30% figure was correct, it's dubious if it would help. It would be like having a 30%-off sale at Harrods : the wealthy are so rich they won't care, and the rest of us still couldn't afford it. OK, so it would help for those people in the narrow band for whom a space mission was just about out of reach. But the cost of the tower is claimed by Thoth as $5 billion, and others at more like $500 billion, as well as the engineering challenges of its construction being formidable to say the least. So it's a case of one of the most stupendous engineering projects in history for the sake of saving 30% on very expensive rocket launches. Doesn't seem like a great deal to me - and remember, that 30% saving looks wildly optimistic.

Thoth's plan for how the tower would be used looks even worse :

Righto, first off - when did "inventor" start to mean, "someone who had an idea" ? I've got this idea for a genetically engineered fire-breathing horse that can ride a unicycle - if I patent it do I get to call myself an inventor ? How about a robot that can procrastinate ? Some sort of swimming couch... ?

Anyway, space planes. They don't exist. Well, the Shuttle did, but that certainly wasn't a single-stage-to-orbit vehicle*, and to land it needed a runway 4.5 km long. So Thoth's idea, in summary is to build a tower twenty times higher than any other existing structure using techniques that might not work for optimistic fuel savings for planes that don't exist on a tower that will be too small and cost too much money.

* If it wasn't already clear : being 20 km further up doesn't make it any easier to develop a single-stage-to-orbit vehicle.

There are space planes in development, and they do have the capacity to transform space flight. The British company Reaction Engines is developing the Skylon vehicle, to be powered by hybrid jet-rocket engines. This has been in development for a long time, but finally the technologies appear to be maturing. It would make a much more dramatic saving in launch costs compared to a giant tower - more like 75% by some estimates. That's nowhere near the savings slash a real space elevator might bring, but enough to make a real difference.

So as far as I can tell, Thoth's plan relies on some absurdly fundamental misunderstandings of high school physics. It just won't work.


Bur let's end on a positive note. Private companies have been making ludicrous proposals for decades - Thoth's is nothing new. The difference now is that these absurdities notwithstanding, private space ventures are finally starting to make a difference. Space tourism is a reality - albeit only for the super-rich, but with the prospect of a dramatic price fall no longer a pipe dream. Space X and Orbital Sciences (now known by the less inspiring name of Orbital ATK) have already delivered cargo to the International Space Station, while Scaled Composites claimed the first astronaut launched by a privately-built rocket. And let's not forget : though Thoth's idea is very silly, someday a proper space elevator might really open up the road to the stars.
Posted by Rhysy at Sunday, August 23, 2015