So consider taking this to more extremes : the press constantly prioritising negative stories about immigrants and foreigners, of making utterly false claims of the extent of EU bureaucracy, of insisting that we could spend our investment money in the EU on the NHS and that we could get better controls on immigration by leaving, of attacking not merely opposing viewpoints but the people who hold them, of being abjectly in support of one political candidate or another, and in short selling the voters utter lies in support of their own ideologies. And in so doing, winning a vote which must, they insist with absolutely no legal basis whatsoever, now be irrevocably binding even though the terms and conditions of that vote were specified precisely nowhere.

America's Whotsit Hitler is threatened by a media reporting unpleasant facts. But Britain's democracy is threatened by a media continuously reporting falsehoods and demonising its opponents. It seems that we have two, crazy extremes here : a threat posed by restricting freedom of speech compared to a threat posed by too much freedom of speech. The American government seeks to control the press even as the British press seek to control the government. The balance of power is different on both sides of the Atlantic, but no less extreme and dangerous for that. Fear rules both sides, with different consequences because of their different histories. Fear of the media leads to cruelty by Trump and cowardice by the British government. Cruelty by Trump because he cannot afford to accept media criticism without appearing weak, so he must suppress them. Cowardice by the UK government for the opposite reason : they cannot afford to avoid the media's demands without looking weak.

The virtues of free speech ought to be obvious : I can say these very insulting things about the American President moron-in-chief without fear of any governmental reprisals whatsoever. And they're my honestly held opinions - I really do think he looks like a Whotsit and can be favourably compared to Hitler. If my opinions are also correct (for facts and opinions are not mutually exclusive), then it's a jolly good thing that I'm able to point this out to people in case his resemblance to a cheesy snack and far-right tendencies went unnoticed. If my opinions are wrong, other people are equally free to point that out and insult me if they so wish. 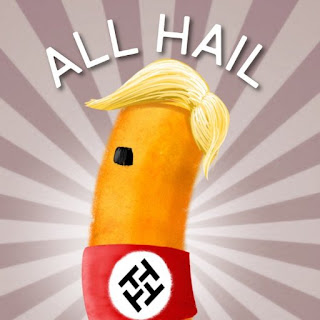 And that's good too. What many people do, especially Americans, is to extrapolate that basic, sensible premise rather further. They take free speech to mean a sort of free market (because Americans do just love their capitalism, bless their little cotton socks). The theory goes that if we all have a lively debate about it then everything will be sorted out in the end no matter what the content of the debate; I personally might never be persuaded but at least the majority of people will be swayed by the counter-arguments. It's a good theory and generally I like it very much, since history has shown that unpopular views are sometimes right and need to be expressed.

There are two problems here. First, this crazy idea that speech can only be judged by popularity, as though that were the only method we have for assessing correctness and impact. Secondly, this model doesn't appear to be standing up very well lately. If Trump does suppress the media, this will certainly be bad. But if Brexit happens and people turn to racism and xenophobia on the media's say-so, then this is certainly bad too. The market-based theory of speech doesn't appear to work for exactly the same reason that it doesn't work for tackling the obesity crisis or drug addiction : people want things that feel good but aren't actually good for them.

Similar, a recent commentary has it that political comedian/commentators like Oliver and Stewart represent the ultimate failure of the political left. Actually it's the result of those market forces : they are simply telling people what they want to hear in a way they want to hear it, especially given their propensity towards calling a spade a spade and a racist a racist. The success of Oliver and Stewart is at least partially because the political right has this unerring tendency to shout loudly about "free speech !" for its own views but pronouncing any dissent to be "political correctness gone mad !". Whether you would call Oliver and Stewart a "failure" is of course highly debatable; I personally would call them a huge success.

But I digress. I say market theory of "speech" and not "free speech" because the latter is ambiguous. Do we just mean that we can't lock people up for saying particular things - the legal definition ? Or do we mean the more populist view that people must be allowed to air their views on any sort of platform regardless of the content of those views ?

Absolute freedom of speech is impossible and stupid. You can't insist that everyone be allowed to barge into everyone else's home and start ranting. Nor can you forbid people on social media from blocking anyone they don't like - forcing people to listen is hardly free speech. You can't let people say, "I'm planning to murder Bob Jones next Thursday at 9pm in his home using a banana" without at the very least investigating and giving Bob Jones some police protection. And you certainly can't produce a list of flawed instructions for the use of heavy machinery that will get people killed "because you thought it would be funny". So whether you like it or not, you have to draw the line somewhere; your free market just became regulated - albeit perhaps only very lightly. Even so, you inescapably do have a Ministry of Truth of sorts : it's called the judiciary. And it's a damn good thing it exists.

See, the legal definition of free speech doesn't mean that people can't potentially suffer quite extreme consequences - it only means, very broadly, "no imprisonment on the basis of what's said". Even that is not entirely true, because if what you say is inaccurate and causes injury to people - if it's fraudulent, libellous or negligent, you betcha you'll end up in prison. So it doesn't automatically require the media of any form to give any and all views an airing. It doesn't mean people on social media aren't free to block and censor people to their heart's content. It doesn't even mean that the Advertising Standards Authority and various other agencies can't stop you promoting and distributing content which is misleading or simply false : this is not impinging anyone's freedom at all, it's protecting you from liars. Instead of granting them freedom to lie to you, it's given you freedom from the consequences of lies. 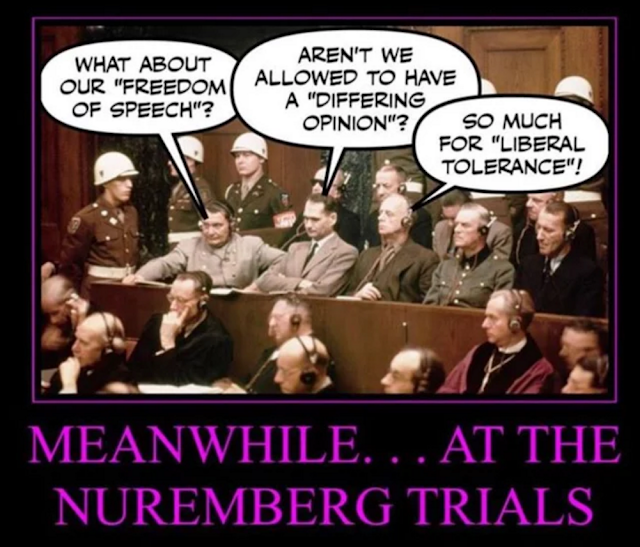 Yet many people seem to have this obsession that free speech means precisely this ridiculous idea that everyone should be given as much "freedom to" as possible, no matter the harm it inflicts, just as they have this crude idea that democracy means doing whatever the people voted for with absolutely no backsies. The extremes of speech - total suppression and total freedom - are both equally dangerous.

While it seems that the American notion of free speech is generally rather towards "freedom to" than the typical European standard, I claim that Brexit is at least partially the result of an excessive amount of media "freedom to". People sometimes claim that both Trump and Brexit result as reactions to people being told what to think; I say they result far more from years of allowing the media to normalise hatred and bigotry : speech which takes far more away than it ever gives. These are not the only factors, but they are factors.

In any case, the question is not, "should we regulate the media ?" at all, because we already do - just as we regulate how food is labelled, what TV content can be shown at what times, what health and safety warnings must be displayed and whether things have to be labelled as "allegations" or not. We've always done this, there was never a mythical golden age where anyone could say whatever idiotic thing popped into their head no matter the consequences. Instead the question is only how much and to what extent the regulation should occur.

So I'm going to end this little rant much shorter than usual, because for once I don't claim to know what the answers are. I will not end with conclusions, except to say that freedom is a double-edged sword and like all sharp pointy objects it needs careful handling. I'd rather try and provoke a discussion, so I'll end with questions instead. What do you, dear reader, think of this ? How much do you think the media should be regulated ? Here are a few more specific aspects to consider : 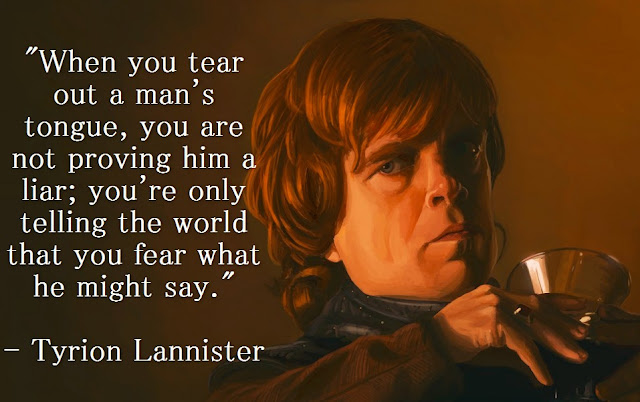