Which Telescope Is The Best Place To Survive A Zombie Apocalypse ?

In these troubled times, it's important to consider the big questions. What's the meaning of life ? What is consciousness ? Where is all the toilet paper ? And, of course, which observatory is the best one to run to in the highly likely event that COVID-19 mutates and turns everyone into zombies ? I dunno, but here's my top five (and one honourable mention). 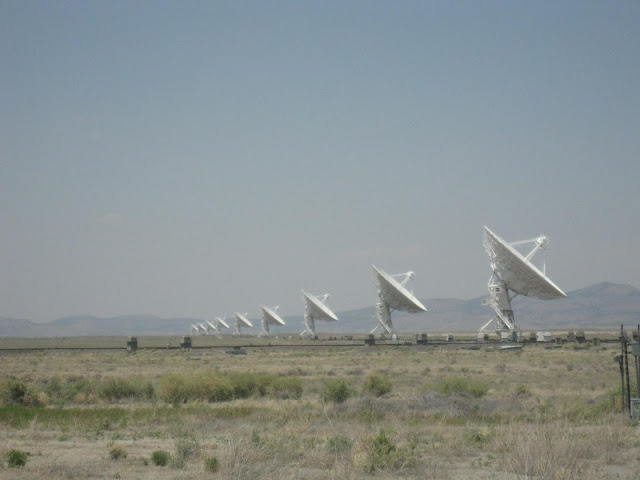 At first glance this seems like a really dumb choice to hole up in the event of a zombie outbreak. The telescopes are small and the on-site facilities are highly limited. There's only one way in or out of each dish, but at just 25m diameter, it would be easy for the shuffling hordes to build World War Z style human towers and climb on, probably collapsing the dish in the process.

The one advantage is that the site is remote and the population of the nearest towns is absolutely tiny. So it's going to take days before any zombie wanders in, and then they'll be in such low numbers that you could easily hold them off for a good long while until a full horde arrives.

VERDICT : POOR. Acceptable as an emergency stop-off - you could hunker down inside one of the tiny telescope instrument rooms and the zombies would probably never know you were there. But after that you'd want to get to safety pretty fast. 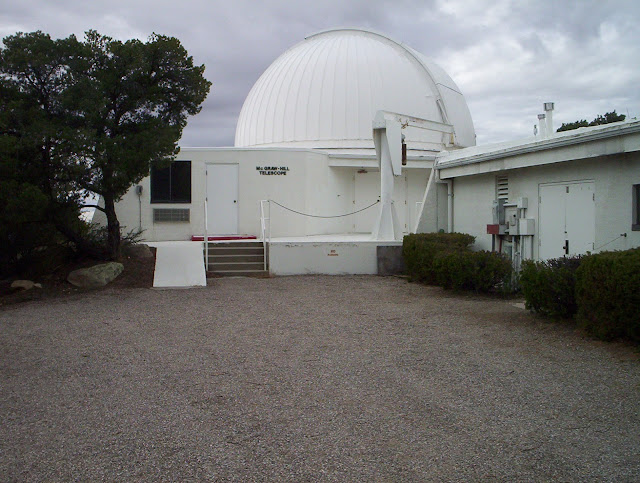 This dinky little telescope sits atop a mountain some considerable distance from Tucson, pretty much in the middle of nowhere. It's not going to be at all easy for the zombies to reach the site, and most of them will hang around in Tucson anyway. Fifty miles is not that far, but the population density is still pretty low and the zombies wouldn't be able to scent anyone so high on the hill. 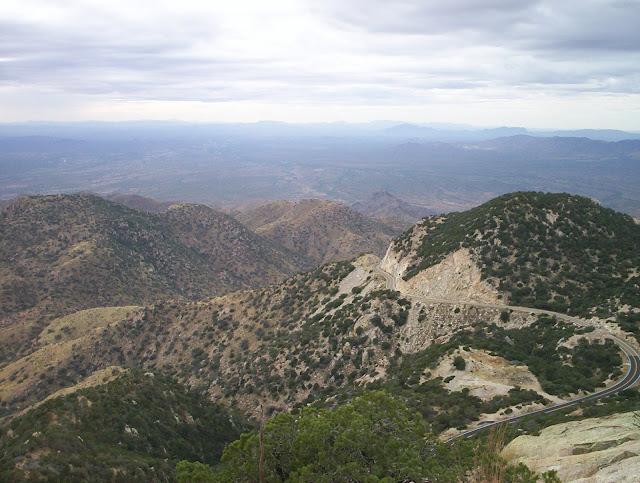 That's the good news. The bad news is that when the zombies eventually make it there, the site is poorly defendable - even worse than the VLA. Especially the 1.3m telescope. The building is small, one storey, and has easy-access. There's nowhere inside good to hole up in, and a minimum of hardware to play with. Yes, you could blast the zombies with some liquid nitrogen from the storage tanks, but that's not going to last very long. And with so many telescopes up there, it's pretty likely someone will already be carrying the virus, so you may not have as much time as you think to prepare.

VERDICT : POOR. Better than being down in the city, but too easy to get trapped in. You'll have more supplies than at the VLA, but a less defendable site. 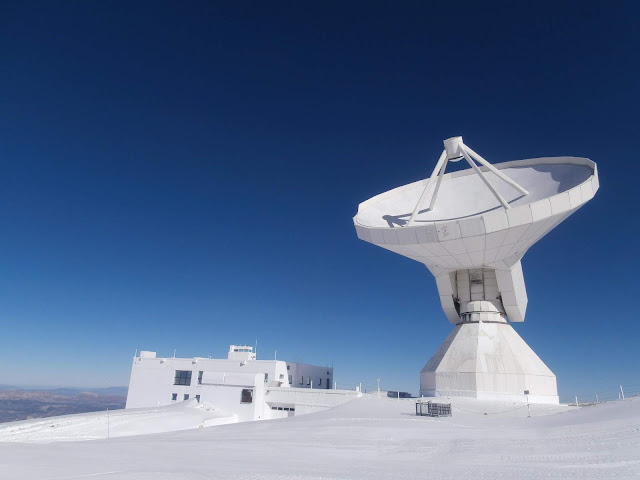 Now we start to get serious. Although not much bigger than a VLA dish, the telescope is considerably more defendable and the site extremely well-equipped : being snowed in is nothing unusual here. Inside the main building you could live very comfortably, but your best bet would be to grab the wine and food and hole up inside the telescope itself. Not so much comfort, but very easy to stay hidden.

The uncertainty comes from the site and when the outbreak occurs. In winter, the shuffling hordes are going to have absolutely no chance of making it up the hill - without crampons, even a fully-functioning human would find it difficult. The problem is it's on a ski resort, so the number of potential zombies nearby is going to be high. So when you eventually need to get back down, you might have a problem. And in summer there will be hikers, so sooner or later you're going to have to deal with the zombies and not just hide from them.

VERDICT : Decent. A great place to survive the winter, but you'll have to escape come the spring thaw. 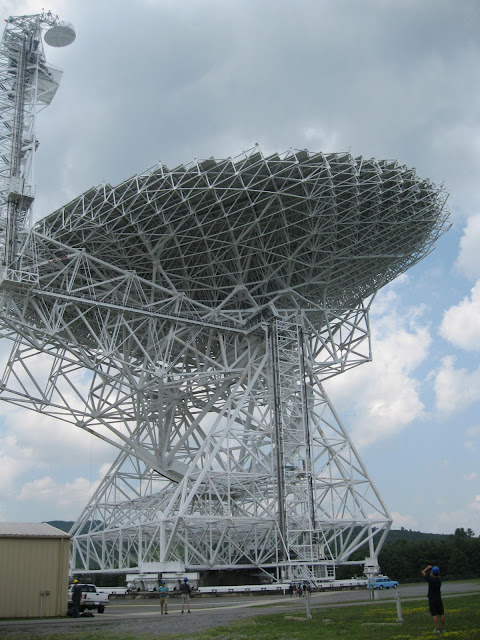 The gargantuan GBT is a massive edifice that suffers from being too big to photograph properly. Access to the top of the telescope is by lift only, making it difficult for the zombies to reach. And even if they somehow stumble against the "up" button, they'll only come in limited numbers. The instrument room at the top wouldn't be luxurious, but you'd be able to hold the site against indefinitely large hordes. Plus, it's West Virginia, so getting guns won't be a problem. 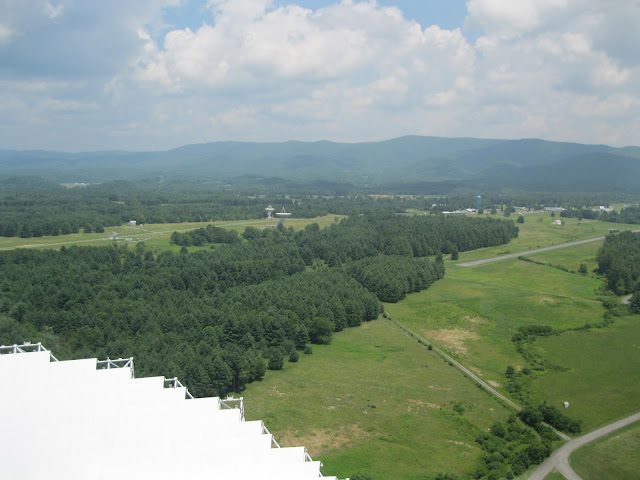 The remoteness of the site is another big asest. Your only real limit is going to be the limited storage space at the telescope for food. And if that lift breaks, you're screwed.

VERDICT : Excellent. Get up quick and the zombies won't even know you're there. Only the space limitation restricts this from being a long-term way to ride out the apocalypse. You might be able to make it work, but you'd need some serious preparation time. 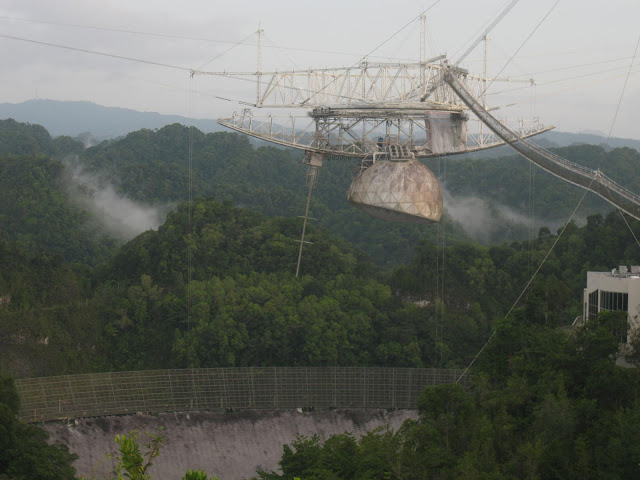 As long as you come prepared, this one might be hard to beat. The site isn't as remote as the others but it's not bad. The telescope platform, however, is just about as defensible a site as you could ever hope to find. At the top, it's easy to disable the cable car so that the zombies can't even bring it back accidentally. Take out a few of the catwalk panels and that route is denied to them too. All you need do is put a few obstacles on the top of the catwalk and even that becomes impassable to the clumsy corpses.

Unlike the others, the interior of the telescope doesn't have much in the way of space restrictions. You'll need to disable the radar in case it gets accidentally activated and fries you, but this is easy. And being so far above the ground, the zombies are not going to be able to sight or scent you, so the chances of them even attempting access is minimal. If you prepare in time, you could rig up a zipline to the ground which the zombies wouldn't be able to use.

What about the case of an all-out attack ? The towers are too difficult for zombies to climb and the cables too strong to break. Should the zombies decide to build a human pyramid to reach you, it'd take hundreds of thousands - maybe even millions - to reach the platform -  a sizeable fraction of the population of Puerto Rico. Basically, that isn't going to happen.

The real risks come from perfectly natural disasters. The telescope has its own power generator, but who knows how long that will last without maintenance, so you're gonna be roughing it. A really big earthquake or hurricane might bring it down, but those are few and far between. Still, without maintenance, eventually enough of those cables are going to break, but this would plausibly take decades.

VERDICT : A solid choice. Needs some serious preparations, but less than the GBT, and potentially an ideal permanent residence for self-isolation. 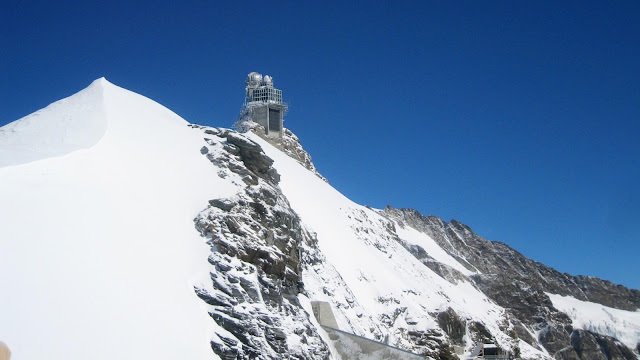 Doesn't make the list because it's not a functioning astronomical telescope, but still worthy of note. Virtually inaccessible except by train, permanently snow-capped, and hugely well-equipped for tourists so totally laden with supplies. A far more comfortable place to ride out the apocalypse than any of the others, but since it's a major tourist attraction the site may already been crawling with zombies when you get there.

VERDICT : Wildcard. If you reach it before the zombies do, you can live in indefinite luxury above the clouds. If you don't, you'll have a lovely view shortly before the brain-dead tourists rip you limb from limb. Oh well, at least you'll die somewhere scenic.
Posted by Rhysy at Saturday, March 14, 2020