Unfortunately, I'm not referring to the excellent game series by Sid Meiers, although that was very good. No, I'm referring to the little niceties that citizens of the First World are apt to take for granted, like reliable electricity, water, a sensible climate and a whole plethora of alcoholic beverages. Such is the downside of trips to the States, even if the place is weird in its own way.

I don't particularly care to detail most of my exploits in Green Bank to the world at large, save that they involved some very un-me like behaviour, a replica of Karl Jansky's radio telescope and a locked pool. Ahem. Anyway. Here's a picture of the Ewen and Purcell feed horn, the first instrument to ever detect HI emission. I certainly have absolutely no idea that at least 6 people can comfortably drink inside it. 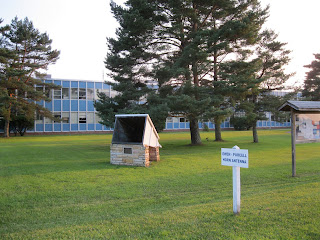 The above is the actual feed horn. The Jansky is only a replica, but it comes fully equipped with the ability to rotate if a few astronomers get off and push, but I definitely don't know anything about that at all. The less said about this one the better for all concerned. At least in public. Snigger, snigger... 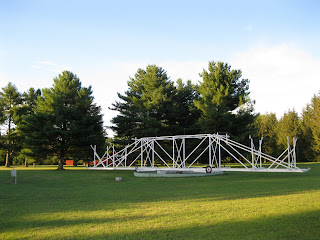 This particular observatory is, ironically, situated even further away from reality than most others. Normally, it's a 4 hour drive to Washington, and when the place is bombarded by 50+ students and staff astronomers the place is further still from anything approaching normality, especially given the presence of a seemingly bottomless drinks cabinet.

Not that this impeded scientific progress in any way whatsoever. No sir ! When there weren't lectures or drinking there were tours of the telescope. And though I shall be able to say "ours is bigger !" without fear of reprisal for the next 5 years at least, it's still impressive. After all, it's 100m wide and one of the largest steerable dishes in the world. It is also a good viewing platform. 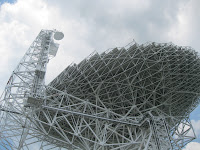 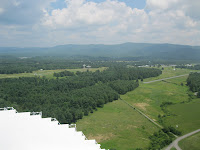 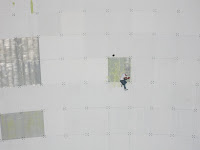 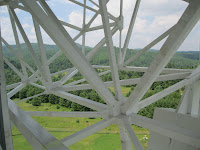 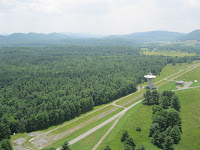 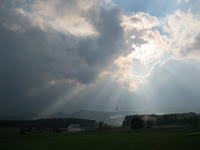 Credit where credit is due - these guys have a way more impressive control room than us. They also don't feel the need to cool it to a sub-arctic climate, which is nice. On the other hand, no-one has ever made a movie in which Green Bank scientists try to take over the world or discover aliens, so we must be doing something right. 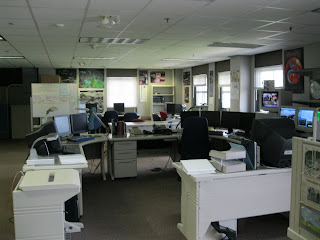 As a responsible post-doc, my main reason to attend was to supervise hands-on projects, a phrase I can no longer use with a straight face, so I won't. Ahem. I seem to be developing a nasty cough. Anywho, when I wasn't fetching my students beer, I was doing my patriotic duty and educating the world that Wales, contrary to popular belief, in fact owns both Green Bank and Arecibo. It's remarkable that this is so often overlooked by the media. 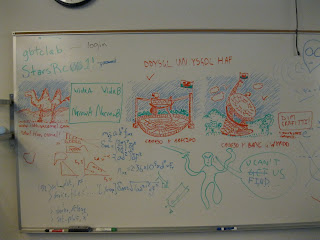 And finally, I genuinely have no idea what this thing is. No-one does. It appears to be a segment of a radio telescope, but how it got there is a mystery. Not a single staff scientist knew the answer. If it is signposted at all, it most certainly doesn't simply say, "DANGER DO NOT CLIMB", and I for one haven't got a clue what type of clothing enables the fastest sliding down this mysterious artefact. 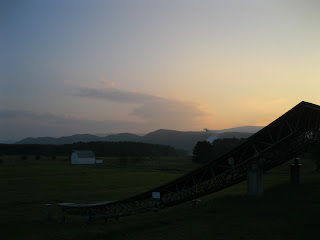