Beginner's Guide to the Universe

A few days ago I joined the Google+ space community and posted a timeline of the Universe I made a short while back. This proved a popular post, so perhaps it's worth a short overview.

Current thinking is that the Universe stated with a Big Bang about 14 billion years ago. It was very hot, got bigger and then cooled down. Stars formed. Stars became galaxies. Galaxies swirled around and kept crashing into year other. About 5 billion years ago, the solar system formed, though this is a minor detail only of interest to everyone on Earth and probably no-one else in the Universe gives a damn.

So, how do we know that this is true ?  Well, some parts we know definitely, some parts are very likely, and others are downright dodgy. Here I'll try to explain which is which. If you want to learn more, click on the links !

Unfortunately, I begin with the statement that the Big Bang is the moment of creation. This is dramatic, but wrong. In fact, the Big Bang theory is about what happened immediately after that still-mysterious moment. Why the Universe decided to give the whole "existence" thing a shot is anyone's guess, so don't let me tell you not to believe that God / the Flying Spaghetti Monster / pure science wasn't responsible. They're all equally likely at this point. Of course, it's well-known that fundamentalist religious types don't approve of the Big Bang, because the Universe was created when God sneezed sometime in October of 3000 BC, at some point after lunch but before mid-afternoon tea, probably on a Tuesday. Or something. Great*. Yet for a less prominent minority, the Big Bang is far too godly, because it allows room for a an initial divine spark. You just can't win.

But I digress. The science case that the Universe was once a lot smaller and hotter than it is now is pretty strong, verging on overwhelming. We know that galaxies are all moving apart, so they must have been closer together in the past - that's just common sense. The Big Bang theory predicted the Universe should be filled with background radiaiton, which it is. It also does a pretty good job of explaining the chemical composition of the Universe.

A reassuring point is that the age of the Universe predicted by cosmological models is in agreement with other, independent constraints such as the age of stars. Since dwarf stars are predicted to be able to shine for trillions of years, we really ought to see such old stars if any existed. That we don't see any is a pretty good indicator that the Universe hasn't been around forever.

A final point here is that we're quite sure the Universe really is expanding, and it isn't that all the galaxies just happen to be rushing away from us, as though we were at the center of an explosion (that link has an excellent hands-on project for those who are really interested). Apart from the constraints of cosmological models, geometrical considerations also support this, and the Tolman test proves independently of all this that the expansion is real.

The Big Bang theory is not without problems - but the basic view of a small, hot Universe expanding into the one we see today is pretty sound.

That is the sound the Big Bang did not make around 14 billion years ago, because it wasn't an explosion in the conventional sense. What it was was a load of really hot material rushing apart at tremendous speed, which amounts to the same thing in many ways.

Explosions are messy. That much is just true. So it seems quite reasonable to expect that the Big Bang would also have been messy, even if it wasn't your typical exploding barrel of gunpowder. The big problem is that Universe we see today is just too damn boring. Or, to be more accurate, it's the same everywhere. Nothing but galaxies, galaxies, and more galaxies, wherever we look. YAWN.

Seriously though, why is it so uniform ? How come we don't see huge parts of it filled with nothing but sheep* or old socks ? In fact, there's quite a lot of structure, but there's nothing that can't be explained by the simple action of gravity.

* Not counting some parts of Wales.

I exaggerated the bit about sheep, of course. The point is the structures produced in the expanding fireball of the Big Bang shouldn't look like structures only produced by gravity - so where are they ? Inflation gets around this tricky problem by saying that the very early Universe expanded very very very rapidly. This means that everything we can see is actually just a minute part of a single, much greater structure. The messiness is there - it's just much bigger than anything we can ever see.

And that's great, except that no-one knows what caused it.

Should that be worrying ? Well, yes, probably. Nonetheless, the evidence for a small, hot early Universe seems too strong for this to be a real concern. We know basically what happened, just not how or why. It's like having a confession from a murderer who doesn't give a reason - and the Universe is bloody complicated, so it doesn't seem at all unreasonable to me that it's going to take a long time to solve, if we ever do.

I laugh because this is what I work on, and I'm only too aware of how controversial the whole thing is. But we do know some things. We know galaxies are very far away, so far it's taken their light billions of years to reach us (so long, Creationism). We also know that they interact with each other, but we've no idea just how important this is. The current line of thinking is that virtually everything can be explained by mergers, but this actually has so many problems I really don't know where to start. That could be a whole other post, at some point.

Another thing we know is that galaxies have different properties depending on how far away they are (which on these scales is the same as how old they are), but it really doesn't matter where they are on in the sky. That's another nail in the coffin for the steady state theory, where nothing much should change over time.

I won't go into details of galaxy evolutionary theory, but it's worth pointing out that we have no idea what 90% of galaxies are made of. We know that they're rotating too fast, and should all fly apart without something else there to hold them together, but we haven't a clue what it might be (many ideas yes, but no evidence as yet). It's also possible that our understanding of gravity is wrong.

The solar system was probably formed around 5 billion years ago, based on models of stellar evolution and radioactive dating. These are independent methods which give pretty much the same result, which is always nice. The existence of elements which continuously decay by radiation is also another problem for poor old steady state theory. A Universe that's infinite in time and space really is quite difficult to justify these days.

But. as with everything else, there are still a lot of unknowns. We definitely do know that solar system formed, because we're here. But we're not even sure about some fundamentals as where the gas giants formed or even how many there were. There are also problems with simulations in forming the rocky planets. Yet for all that. we know there must be a solution, because now we know that planetary systems are common around other stars.

Throw a sheep up into the air and will be very surprised, but it will likely come back down again amd run away. That is, unless you throw it upwards with enough speed to escape the gravitational pull of the Earth. In that case, it won't (which is a shame, because the heat generated by air compression would make for instant roast mutton).


This deserves to be everywhere.

Even if the unfortunate sheep were put inside a rocket and shot straight up at escape velocity, the unexpectedly intrepid mammal would find itself forever slowing down once the rocket had exhausted all its fuel. It's just that its speed would drop more and more slowly each day, so, although if you waited long enough, it would slow to a crawl, it would never actually stop. Sort of like Zeno's Paradox, only with rockets and sheep instead of Achilles and a tortoise.

Unfortunately, the expansion of the Universe is not slowing down. It appears to be speeding up. 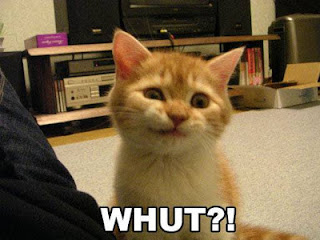 This is allowed by the Einstein's laws of gravity, which is nice. The problem is that no-one knows what the physical mechanism causing the speedup is. It could be some completely unexpected force, or even just a total illusion. It's probably still too early in the game to tell.

Well, that's all I've got. Of course, everything I've just said is a massive oversimplification, but the links contained therein are much better, Inasmuch as I have any conclusions, I suppose they'd have to be the following :