For those who have been living in a swamp but have just returned to civilization desperate to catch up with Physicists of the Caribbean (there must be thousands in that situation, right ?) - the US government decided some time ago to agree to disagree. No-one could work out how to do spend all the money, so they more or less opted to just carry on as normal and try and work things out later - a multi-billion dollar, "meeeehhh", if you will. 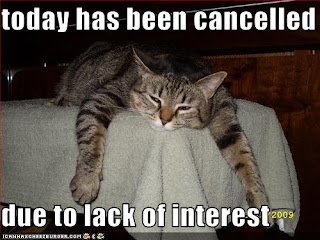 This might, perhaps, have been a workable plan if the disagreements had been about whether the Capitol building needed an extra water cooler or not. Alas this was not the case. Firstly, for reasons that entirely escape me, the US is going for austerity measures even in a time when its economy is growing. That seems to me a good definition of shooting oneself in the foot, but since I admit to having all the financial acumen of a piece of runny cheese, I'll let it slide.

More importantly, while British politics suffers from being really quite breathtakingly dull*, American politics has the opposite problem. In Britain, the two sides will make token attacks on each other's policies, full of sound and fury but signifying nothing. Since these are often the policies they themselves were once calling for, this is rarely convincing. Differences between the parties have become almost Lilliputian.

* But see my earlier, somewhat desperate attempt to liven things up.

Not so in American politics. Here, it seems that everyone hates the other's guts and actively wants them choke to death on a live poisonous snake, or something. At least, that's the impression I get. It's as though every party member really believes that the other side broke their house and burnt their legs down, then raped their pets and murdered their family. Or something very similar.

Actually, this is much as the great Welsh politican Nye Bevan felt about the Tory party 50 years ago. The situation is probably worse here though, because the electorate are split almost exactly 50-50. On the one hand we have the Democrats, a fairly right-wing party by European standards, and on the other, the Republicans. These latter, as far as I can tell, are not so much a political party as they are pantomime villain rejects.

(that said, the Republicans may all be stark raving mad. but if you want to find some seriously messed-up politicians, look to India)

However, the these two groups of mortal enemies, who often seemed quite willing to physically throttle each other, decided that there was a way to reconcile their differences, for the good of the country. And that way was, metaphorically speaking, to lock themselves in an empty room with limited oxygen from which they could only escape by behaving equitably towards each other for several days. And remember, half of this group are bona fide insane.

The non-metaphorical, self-inflicted punishment was to be the fiscal cliff. This was a wonderful, all-inclusive, $85 billion dollar package of cuts to the economy that would hit automatically at some point if an agreement could not be reached. Absolutely no-one wanted this to happen - even the Republicans, who seem think that America deserves as many horses and bayonets as money can buy.

Well, surprise surprise, these two diametrically opposed forces just couldn't reconcile their differences, my goodness me, whoever could have foreseen this ? Still, they weren't about to risk messing with the economy, so with a mighty collective effort they decided to kick the can down the road a bit more. Thus, this is a slowly-advancing cliff : to wit, a glacier.

Unfortunately on the second or third attempt both sides called the other's bluff. Or to extend the metaphor, they both played chicken with a glacier and lost. This is a singular accomplishment, and really should win them both an IgNobel for economics, although possibly the economic equivalent of a Darwin Award might be better.

The fiscal glacier, then, has calved. For science this is particularly nasty, with the great hunk of icy funding that's crashed into the sea constituting about 8% of the mass of the whole frozen river (that link is worth clicking). So what happens next ? Do we sink, swim, or surf the impact wave to freedom ?


My guess is none of the above. We'll probably tread water until we all die of hypothermia. Yay. 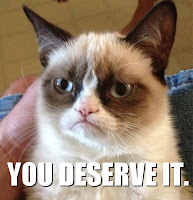