Another, "let's all laugh at the hapless expat" post


Every Czech is born with an innate superpower. Actually, they're all ninjas... well, one-trick ninjas, at any rate. Their unique skill is the ability to exit a Metro train slightly faster than expected. Suppose I stand about one foot from the doors. In Britain, this would be a clear signal that I'm about to exit through said doors. Here, it means I'm standing by a door. Consequently, I invariably find that the moment I'm about to exit, someone else is already standing in the gap. Such an event is beyond the pale in the British queuing system, leaving me staring gormlessly every single time.

Prague has an unfortunate problem with graffiti which rather spoils many otherwise respectable areas. Only the most touristy-buildings appear to be granted any form of protection. In most cases, at least, I have no idea what the graffiti actually says. Yet for some reason I cannot understand, the words, "Read" and "Amok" appear to be some of the most common words found. I can only assume that the graffiti artists are hell-bent on a literacy promotion campaign. 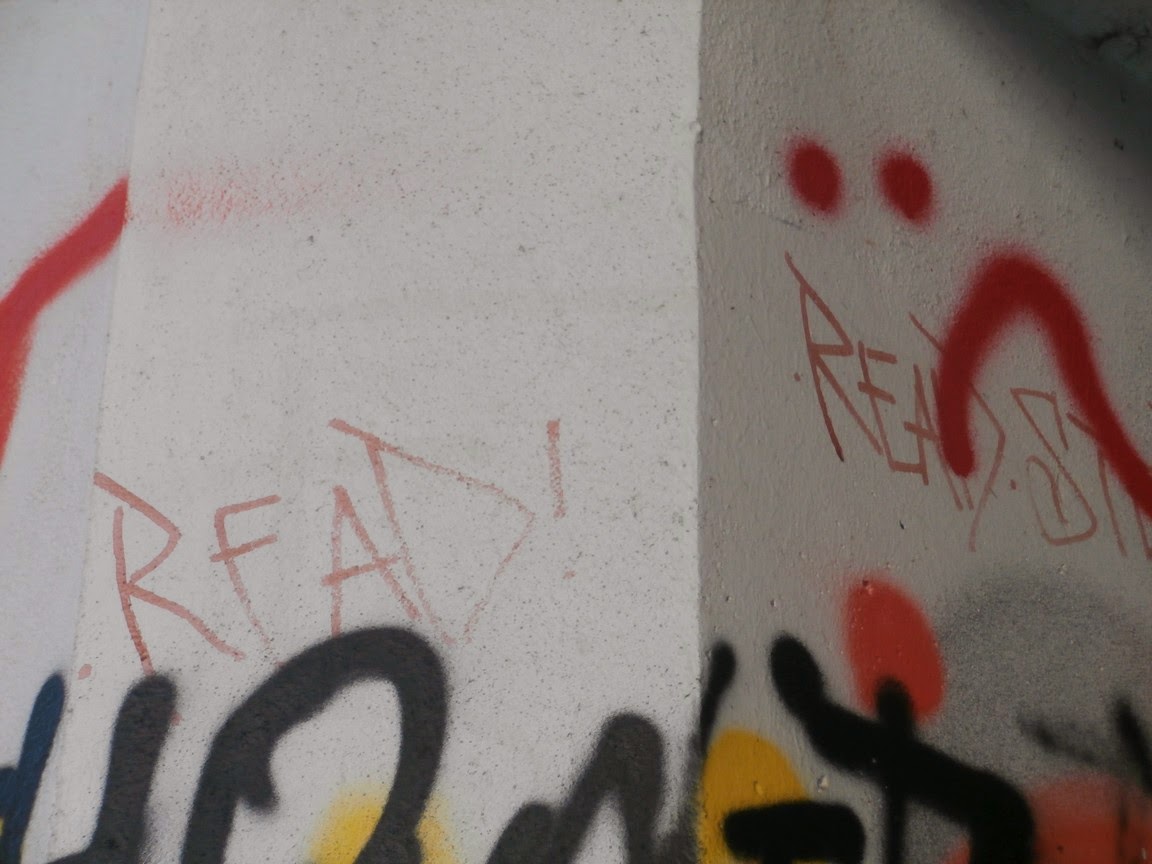 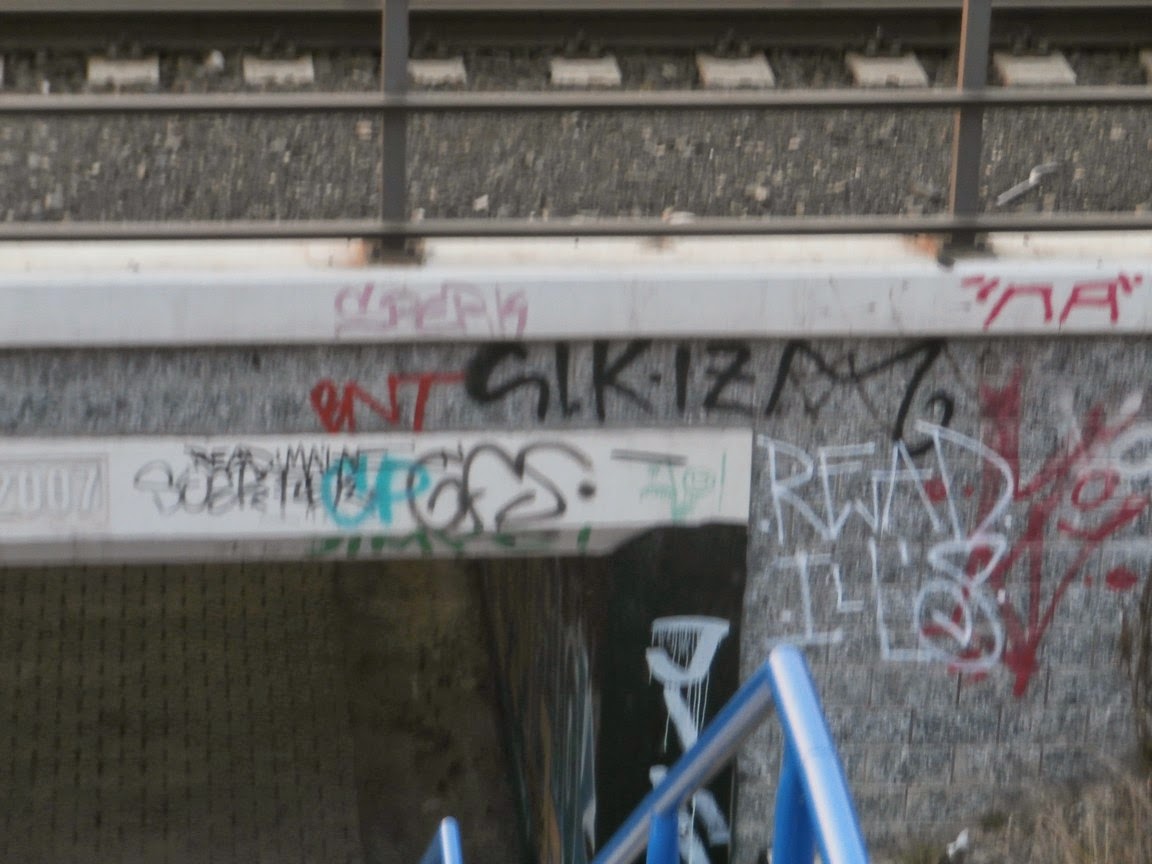 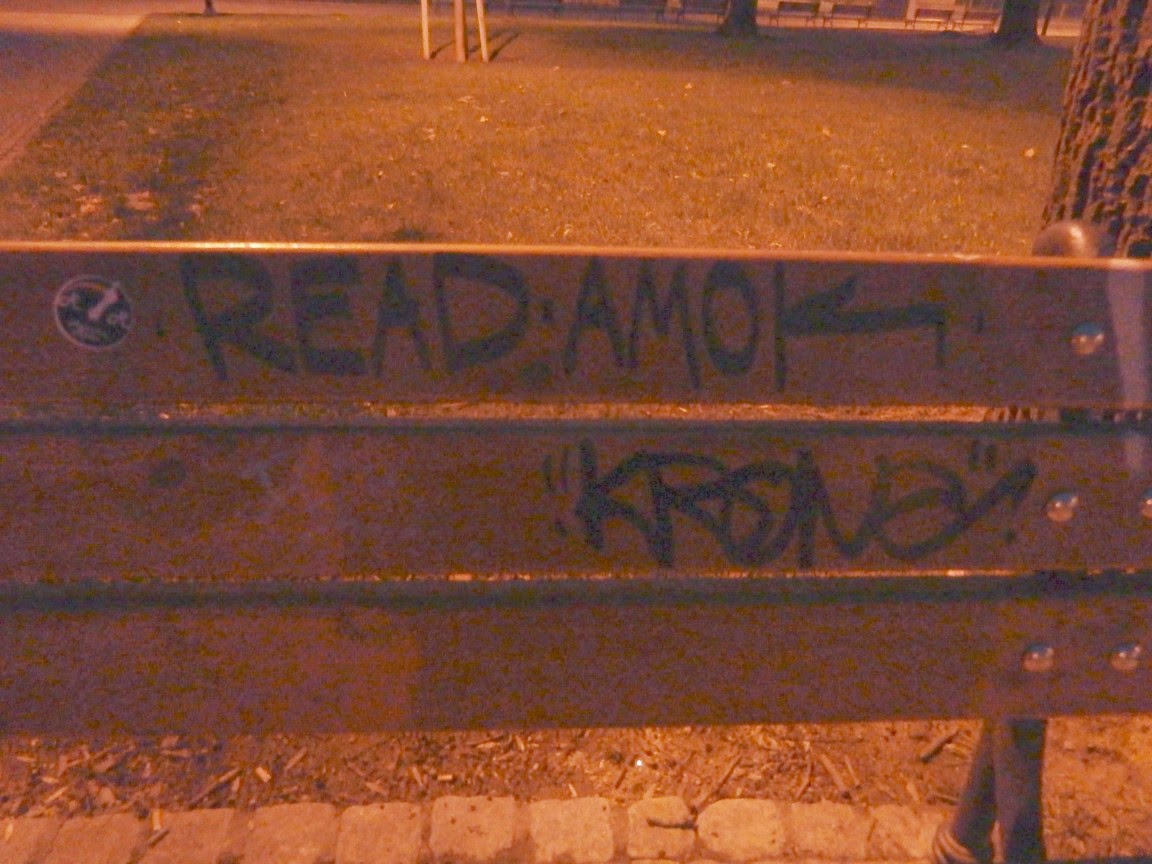 The polite graffiti doesn't stop there. "Kiss" is written almost everywhere (a remarkably prudish instruction given the city's lack of scruples), "fish" is less common but not rare (I have no idea if it's advice to eat fish, go fishing, or get a pet fish). So far I've only spotted one instance of "ALFA", but since this is clearly a call for proposals to observe with the ALFA receiver, I take it as powerful evidence that the Prague graffiti squad is literate, educated, and probably a bunch of STEM activists (which also neatly explains why no-one is tackling the graffiti).

Such a hypothesis is lent credence from a second observation. In other countries, gangs of youths might stalk the streets getting wasted and/or high, shouting profanities at luckless innocent bystanders. They might well profess their allegiance to their socially deviant clique by means of branding, probably tattoos. Not here. They might be wasted, yes, but instead of shouting profanities they're more likely - apparently - to hand you a sticker. Which presumably also serves the function of a tattoo.

I previously reported on the ubiquitous presence of what Pratchett would call "houses of negotiable affection", a term unrelated to haggling over the price of wi-fi, since it's free. Further to this, I should note that it is literally impossible to walk through the center of Prague on any day of the week after about 10pm and avoid invitations to such... err, facilities (moreover, it doesn't matter if you're a man, woman, single, couple or a group - they're very modern and/or desperate and ask everybody). Polite refusals do little to discourage the questioning :

* This had the virtue of being true : no local shops stay open after 9pm.

Perhaps I exaggerate, but only slightly. There are only limited options : face annoying delays persuading half a dozen people (or more) that you just want to be left alone, be extremely rude, or give in. Let's assume the latter two are not options.

Fortunately, being massively introverted, I already have some experience avoiding talking to people I don't want to talk to. Cardiff does not have Prague's particular problem, but it suffers in the daytime from inescapable charity muggers (aka "chuggers") and various people with clipboards conducting surveys. By far the most stupid approach any of them adopted was to ask for directions :
"Excuse me, do you know where Burlington's is ?"
"No - sorry !"
And then you're free to carry on walking without having offended anyone. Unfortunately most of them were more intelligent than that, but I discovered years back that a foolproof answer was to look eager, point my index finger in the air in a meaningful way and say, "Hang on a minute !" and carry on walking. It worked for a little while, until they wised up to it.

I haven't tried using that one in Prague, but one evening, after enduring three determined attempts to persuade me that I really wanted some negotiable affection, I hit upon a new approach :
"Hey -"
"Oh, dydw i ddim yn siard Saesneg !" [I don't speak English]

In the course of about ten minutes I used this no less than three times and received looks of utter, priceless bewilderment. After the third it was all I could do to keep a straight face. Welsh is simply not in their repertoire. Which is a mercy, because it isn't in mine either, so the rest of the conversation would probably be something like :
"Siarad Cymraeg ?"
"Err... rydw i'n hoffi coffi ! Dydw i ddim yn esiau Ysgol Uwchrardd Yr Eglwys Newydd yfory ! Ble mae fy nghad ?" [I like coffee ! I don't want to go to Whitchurch High School tomorrow ! Where is my dad ?]

And so on and so forth. If it stops working, I'll probably have to give them a sticker and persuade them to join my awesome gang.
Posted by Rhysy at Sunday, March 30, 2014