Escape To The Old Country

Most of my holidays consist of week-long jaunts back home, often featuring a non-zero fraction of time back in Cardiff's astronomy department as this is where a bunch of cool people hang out. This time was a bit different : one week in Cardiff sans physics and one week in north Wales. Cardiff is a lovely place to live (anyone who says differently is just trying to keep it to themselves) but it's not exactly the tourist highlight of the country. Still, it's nice enough. We went down the bay and saw the Lego models : 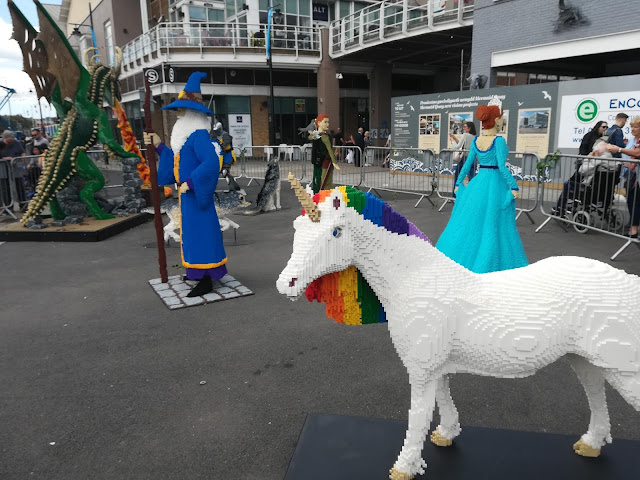 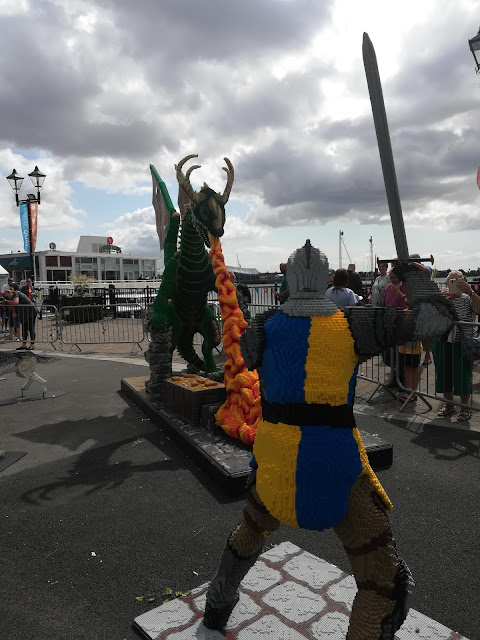 And then we went on a boat ride, which features... well, being on a boat for a while. Called the Enterprise, because Drama, I guess. 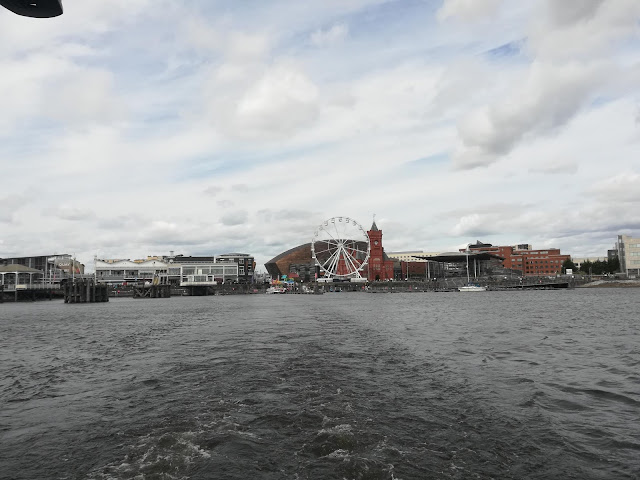 Some people say that Cardiff isn't a very Welsh city, but they're wrong. I can prove it. One morning we woke up to this : 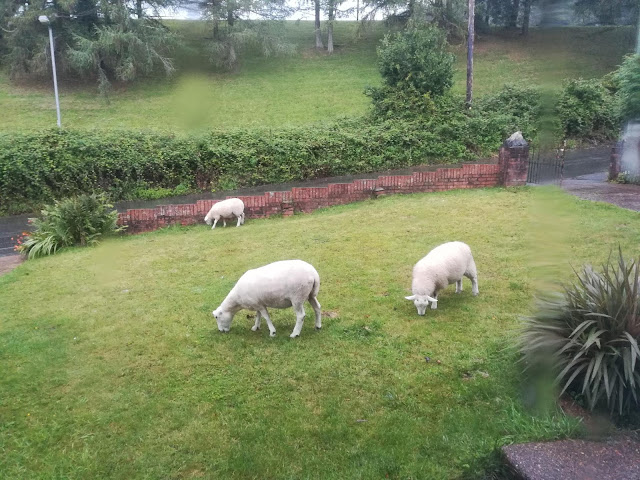 Wet and full of sheep. What more do you want ?

But Cardiff is somewhere you normally live rather than visit. Up north, it's the reverse. It's also the exact topographical reverse of the Netherlands, making it the perfect place to teach Shirley the wonders of mountains.

(Shirley protests that she already knows about mountains, and has been to the Alps, but this strikes me as completely inconsequential.)

This turned out to be even easier than expected, as the cottage we stayed in (which happened to be extremely cosy and absolutely adorable) was in fact slap-bang in the middle of the mountains already. You could drive for many miles in one direction before seeing anything more substantial than a farmhouse, and in places not even that. It didn't merely lack a phone or WiFi signal - it barely even got a radio signal. 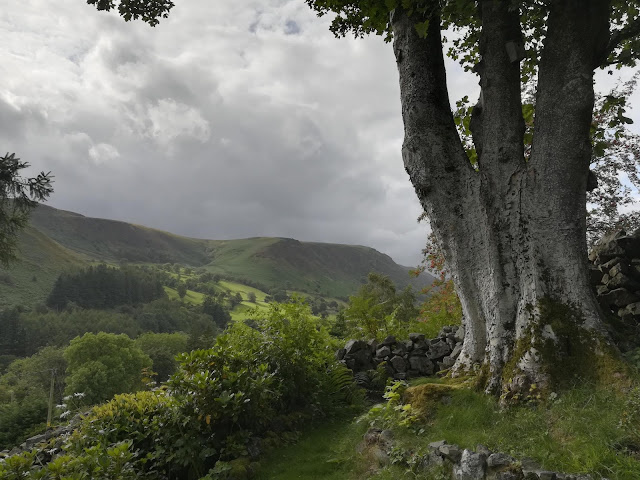 No internet is of course better than slow internet, which sucks donkeys. I wouldn't really want to go without for much longer, but not having any internet access for a week is just lovely. Still, it's not really sensible to sit up in the mountains reading books the whole livelong day, so our first stop was the picturesque Lake Vyrnwy with its famous fairytale castle water pump station : 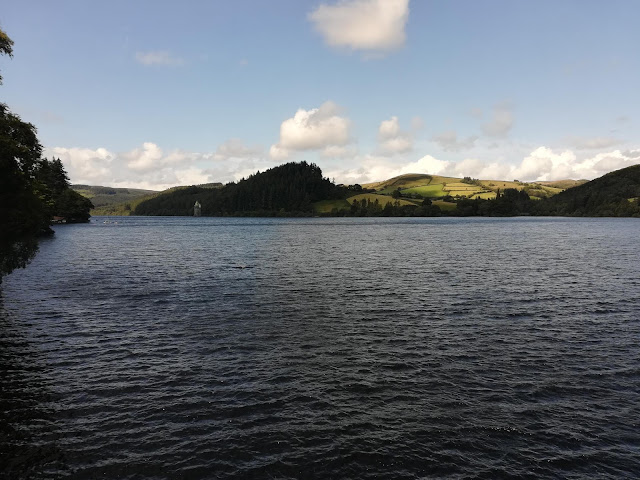 Last summer everything in Europe was dead and it was so hot that birds were spontaneously combusting in the air. This year it was 15 C, everything was green, and there was so much water in the lake that the dam was overflowing. 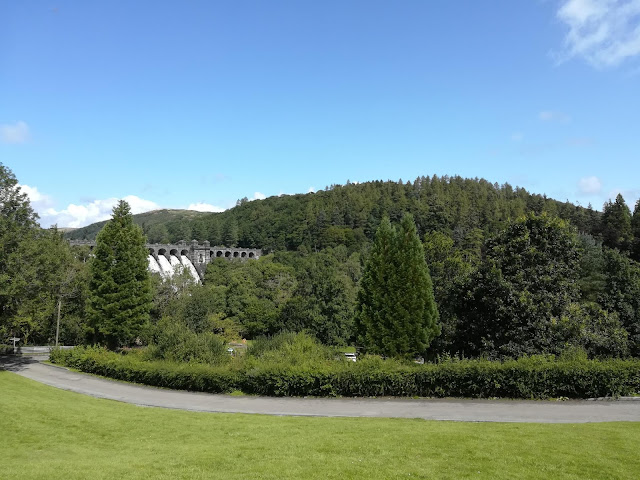 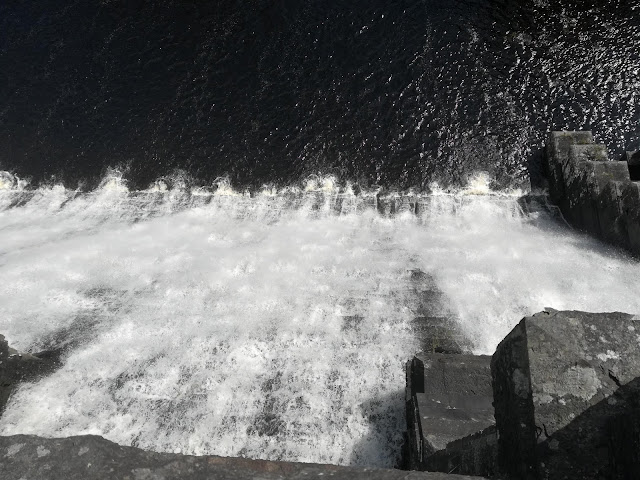 We also walked up to a natural waterfall, which despite having been to the lake before a bajillion times back in the day, we'd somehow never noticed. 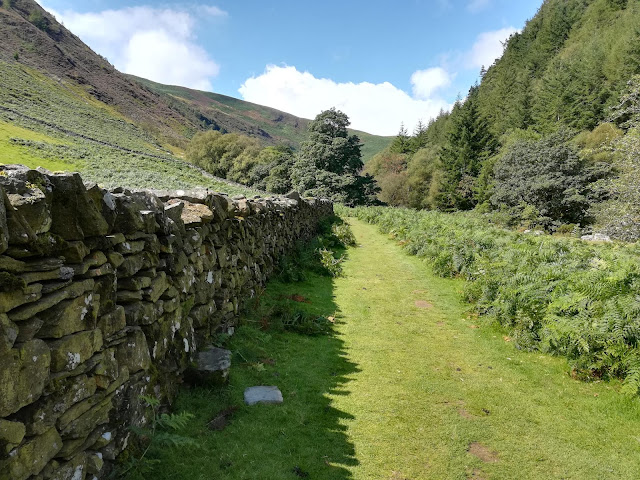 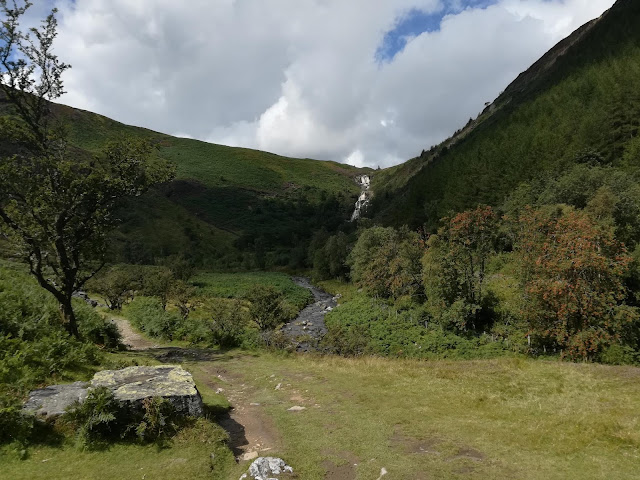 Mountains ? Check. Waterfalls ? Check. Obviously the next thing you do in Wales is visit a castle, so we did. Chirk Castle, as it happens, where I'd never been before (Wales claims the title of world's highest castle density). Although this is one of Edward I's "Iron Ring" of fortresses to suppress the unruly Welsh, it has a very different appearance to most of the others. Like Beaumaris, it was never fully completed, and it looks oddly low and squat. It's also set on a very gentle hill that isn't enough to deter a disabled postman, let alone an invading army. 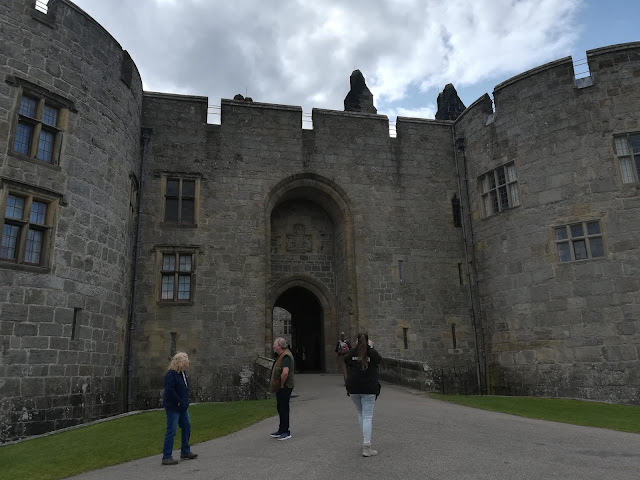 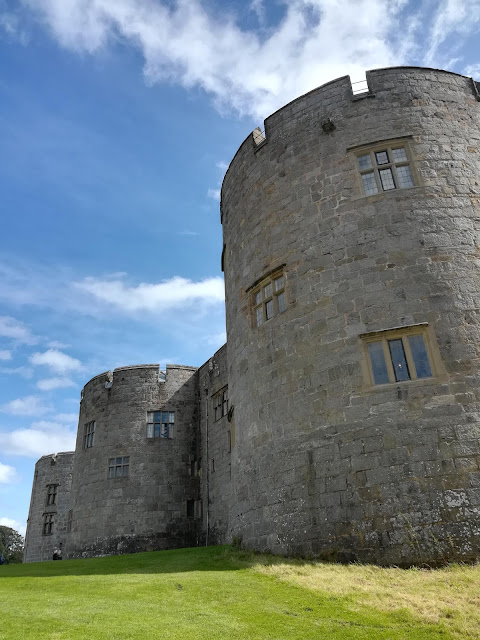 But also unlike all of Edward's other fortresses, Chirk is still inhabited. This means the rooms are in quite a bit better condition than most of the ruined castles. 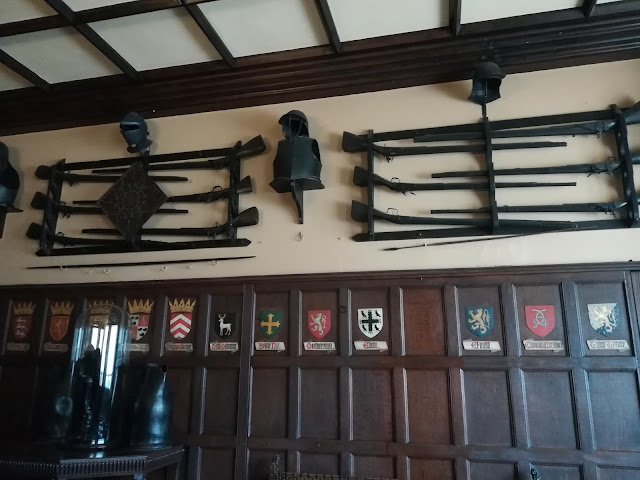 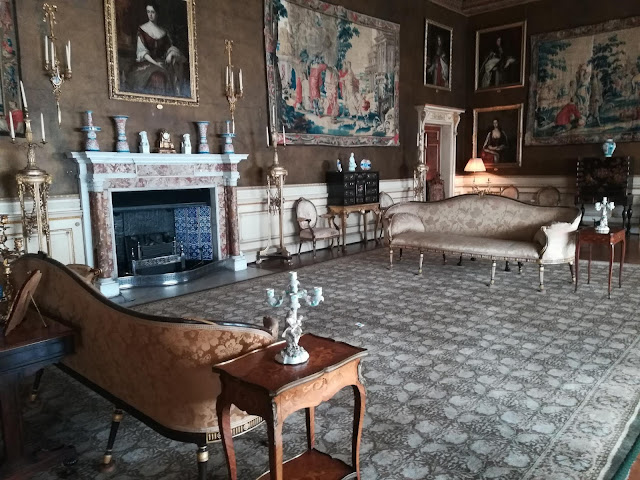 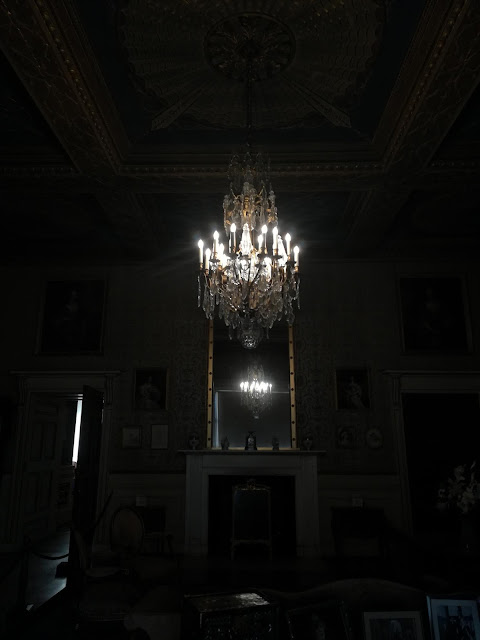 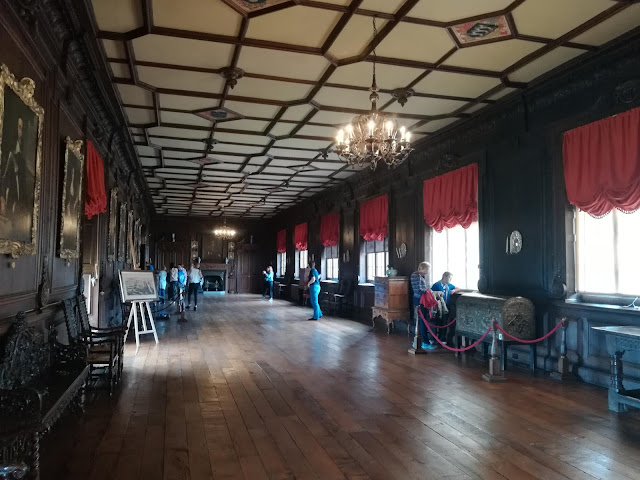 Chirk is very nice and well worth visiting. For a more medieval feeling, we went to Harlech. Harlech is what I think of as one of Edward's real showpiece castles, along with Conwy, Caernarvon and Beaumaris. It's also famous as the military stronghold of Owain Glyndwr's rebellion, and like the castles of the Welsh princes, it's in a very scenic location (whereas Edward tended to build in the flattest places available, presumably because he hated Wales so much that he wanted control of every scrap of flat land he could get his thieving hands on). It's an altogether more castley place than Chirk, and a lot cheaper too. 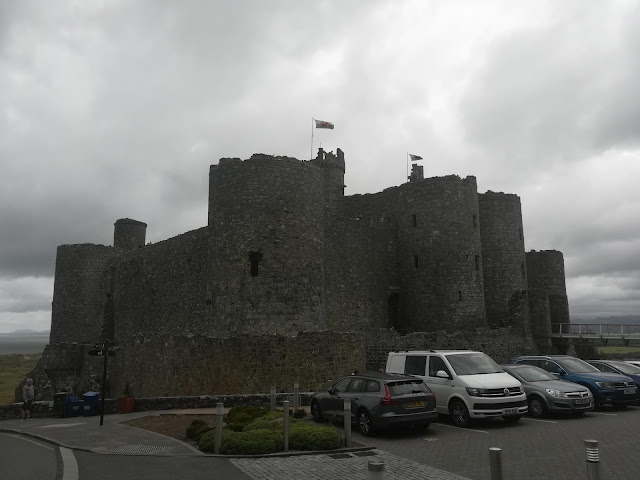 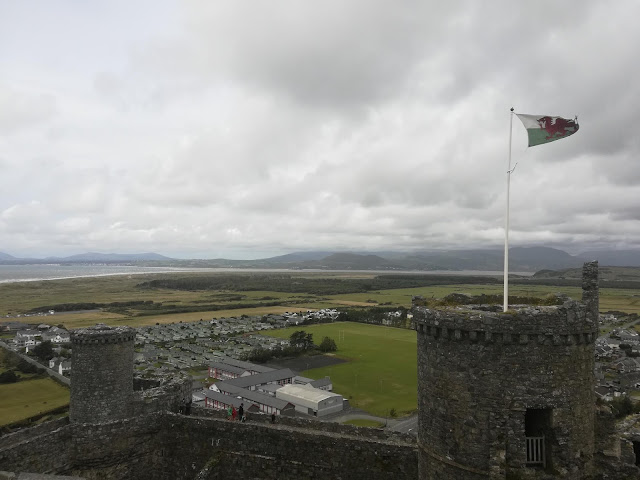 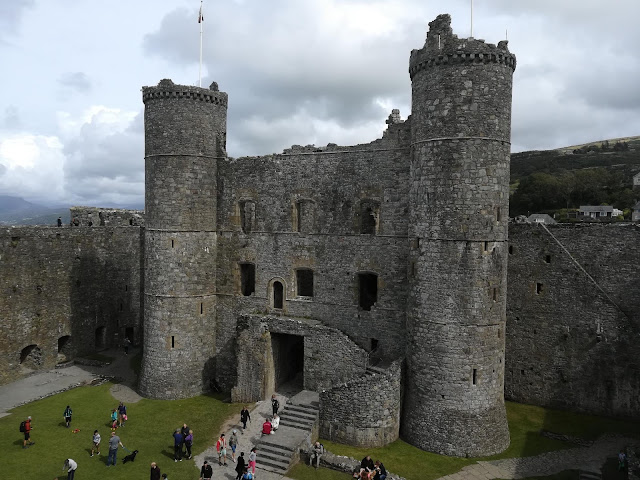 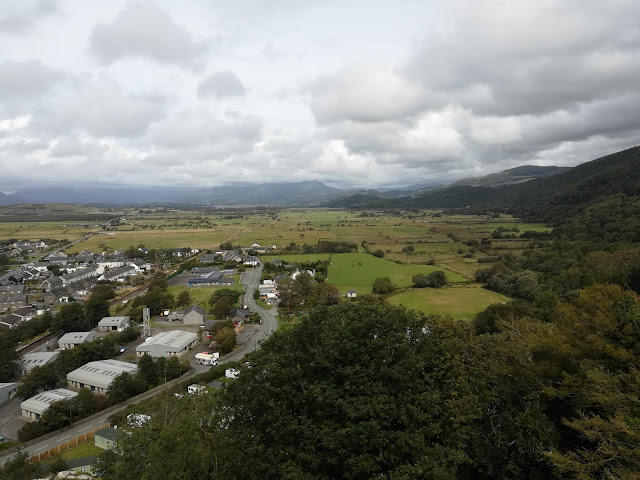 We were hoping to finish off the trip with the other Welsh necessity of visiting a mine. But oddly, we were situated in one of the few parts of the country where mines are inaccessible (Wales may be tiny, but it's also very very hilly, which means you can't just nip around however you like). So there was no time for the mine. Instead, we went to a second, bigger waterfall - that took us about 16 years to find because the main road was closed. It also has an obnoxious car park charge that can be easily avoided by parking down the road instead. 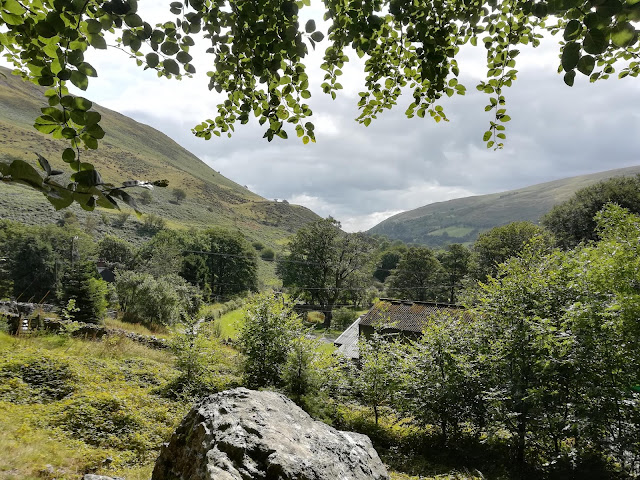 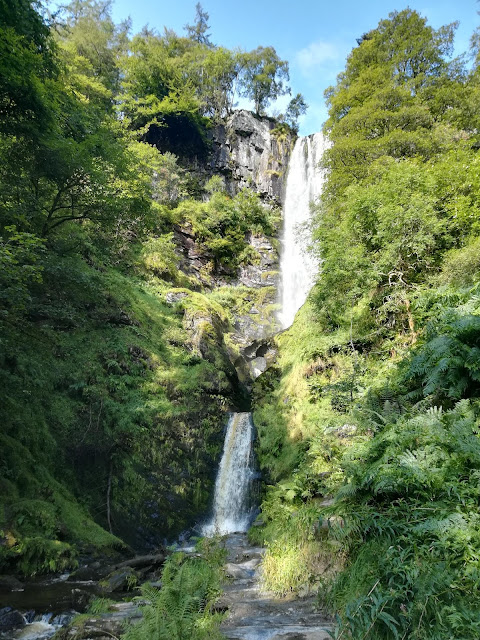 We finished off with Powys Castle, another one I've never seen before. Like Chrik, Powys is more of a stately home, albeit quite an interesting one. There's a Clive of India museum and a pretty nice free talk about the history of the castle (it does have medieval roots, even if the interior is now just a fancy house). 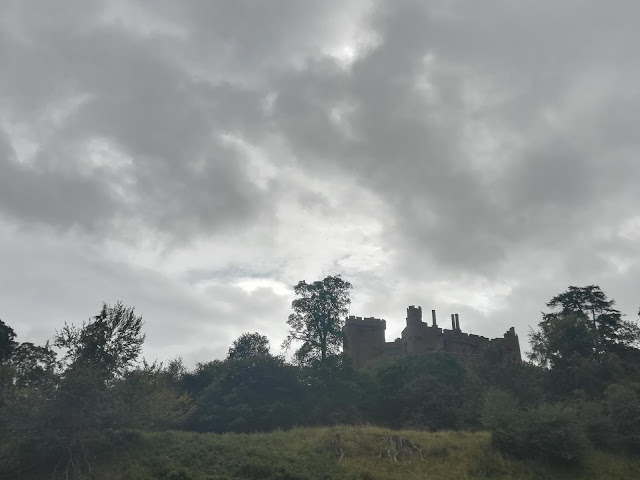 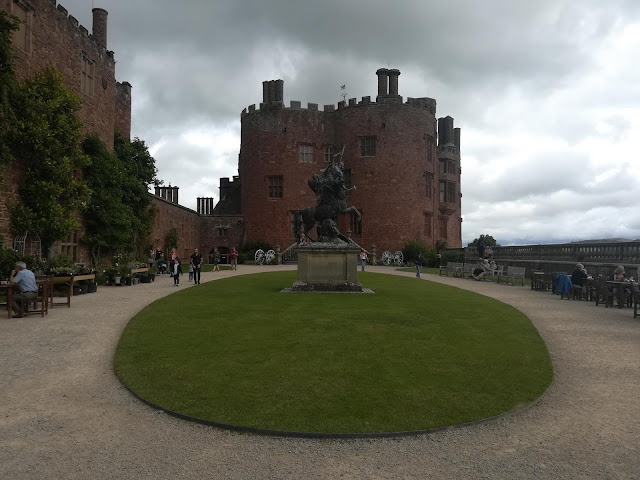 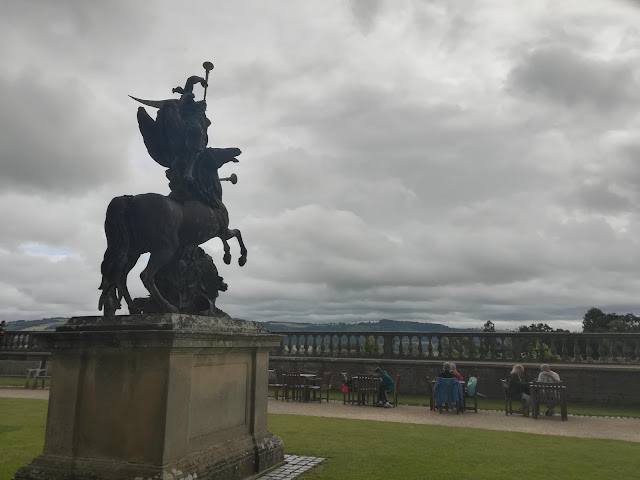 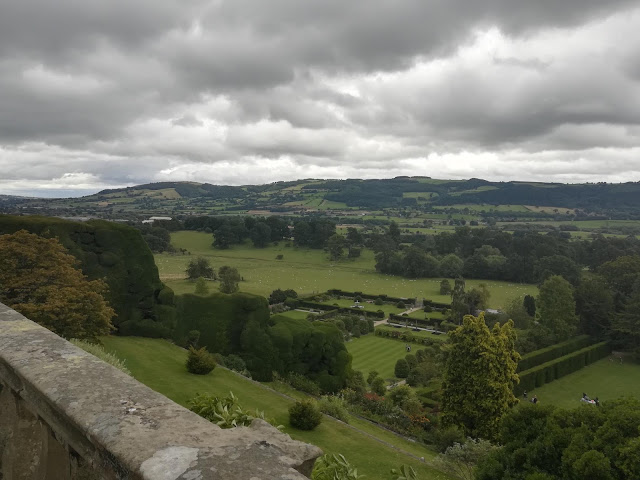 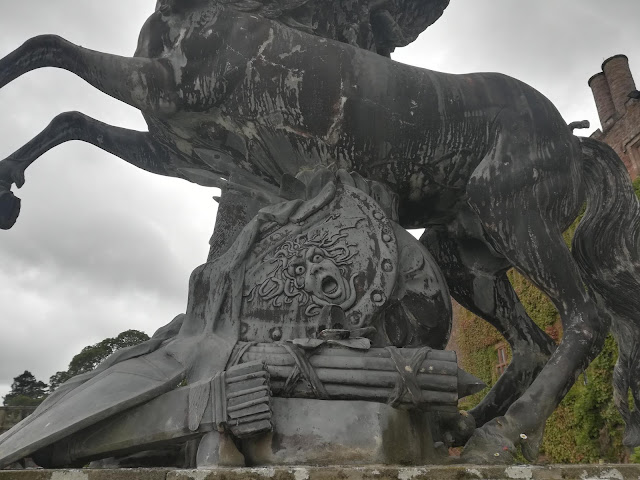 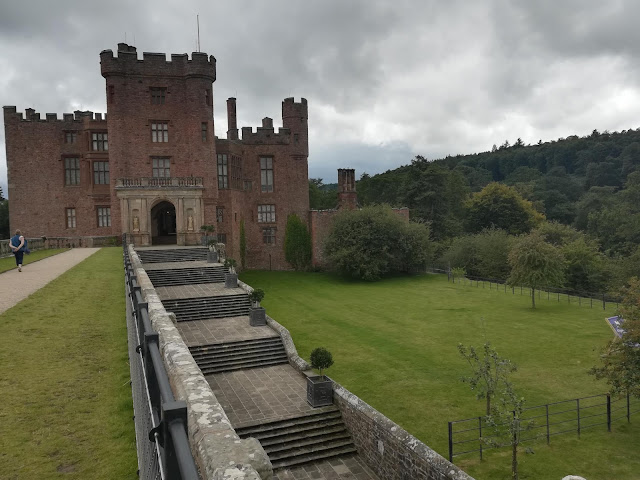 Powys is well worth visiting too. Parts of the interior are, if anything, even more ornate than Chirk. But neither have the same sense of silliness that's found in the still more impressive Cardiff Castle, which has paintings of deliberately ridiculous fantasy medieval-esque creatures. Personally I prefer the authenticity and atmosphere of something that's at least partly ruinous, but palace castles are also nice.

From there we went to the Netherlands, which is flat as flat can be, though you can't move for windmills. There we ate delicious home food until we nearly exploded, came back to Prague, and then Boris Johnson decided to try something that's not been done since Charles I. Fun times.
Posted by Rhysy at Thursday, August 29, 2019