I Love My Crap

The time of leaving is nearly upon me. The dread hand of Time marches ever-less asymptotically onwards toward the inexact point of my semi-terminal departure from this dear country I call home,  which means I have to clean out my room. This is no small task. I've lived in this same room for nearly 20 years and only decorated once. And though I'm fortunately adverse to spending money, that's still ample time to accumulate a load of utter crap.

Now since I'm planning on returning, I don't need to clear out everything. Mercifully, this means my ~500 books can stay safely where they are. But my parents are going to decorate a new room for me and move my stuff, so I do have to bury my collection of pornography. Or I would if I had one. In fact some of the stuff I've got is, if not as interesting, then at least more unusual.

This includes, for example, some rocks. They're not interesting rocks. Why do I have them ? No idea. I also have boxes of Lego Technic without any Lego in them, a half-disintegrated peacock's feather, a dried reed, some ancient paper aeroplanes, a completely unofficial "Aliens" inflatable punch bag, and a bag of coal, innumerable heaphone adapaters, at least 3 climbing robots - and that's not even the half of it. I've got a complete collection of The War Illustrated and the 10-volume, highly racist Children's Encyclopedia from 1922. HOW ? I'm only 26 ! But I just can't bring myself to throw out anything from 1922, even if it does think that anyone from outside the Empire is a black, murderous cannibal in need of some good civilisin'. Including the French. 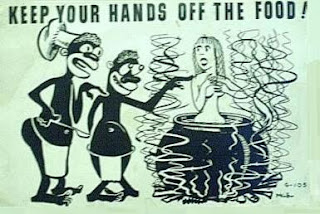 Nor can I bear to throw out my rather puny collection of the Official Star Trek Fact Files, even though there's only the first 20 of 300 issues and I could get the whole set at a modest price very easily. But... it's got schematics of the ships ! The Picard Maneuver illustrated ! How could I abandon this thing I haven't read in over 10 years and can't possibly take with me ? I'd feel like a traitor. All the other nerds would laugh in my face. It's already depressing enough that I'm so nerdy I have a collection of Star Trek magazines and no pornography (and let's face it... no-one would ever lie about that).

﻿﻿﻿﻿
﻿﻿﻿﻿
On the other hand, there's some cool stuff in there. Apart from the 48K ZX Spectrum that doesn't work, there's a 128K ZX Spectrum with a light gun that probably does... if I could find the power supply and TV cable. I've even got a cassette tape of "Space Raiders". Not Invaders... Raiders. And John Smith's Extra Smooth Bath Foam and socks. Best of all, a Fish Fingers pencil case. I can't even find an online image of such a thing, so I took this photo to prove that it really does exist.


And that's only scratching the surface. Never mind my almost complete set of Focus magazines, hundreds of model dinosaurs, complete set of university and A-level notes, and Lord only knows what else. How can people cope with so-called minimalist living, where they have little else besides a computer ? I live on my computer. But I want that computer to be located in the office of the I.T. crowd. 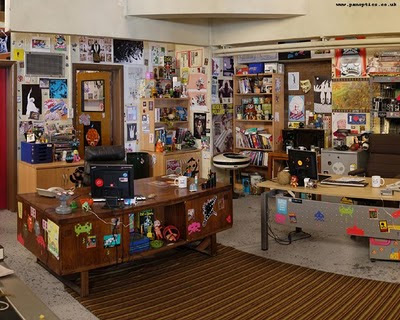