Al Gore Can Go Screw Himself

Well, he can. Literally. In the most physical sense of the word. With whatever perverted product he prefers, if necessary. Even if his job really is to help Stephen Hawking protect the space-time continuum, for all I care he can go and take a running jump into a pool of his own faecal matter. 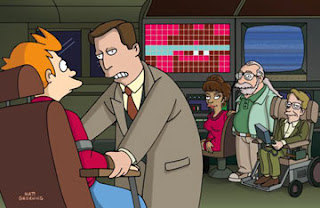 This tyrannical Vice President famously won a shiny trophy (OK, it was a Nobel Prize) for a moderately inaccurate power-point presentation about some tap-dancing penguins... no wait, that was Elijah Wood... or maybe it was Morgan Freeman... but I digress. My point his that he can take said trophy - I'm assuming the Nobel to take the form of a little statue of Alfred Nobel himself, possibly holding a stick of dynamite and grinning happily - and use it as a suppository.

Actually, I wouldn't much dispute the basic message of An Inaccurate Truth. Indeed, some of the most noted skeptics have now been forced to conclude that the Earth really is warming. That's skeptics, people, not deniers - those are entirely different beasts. Deniers are the kind of people who should be put on a small smelly island somewhere, along with the Moon landing conspiracy theorists and Six Day Creationists. Skeptics, in contrast, can be safely taken to the pub for a drink.

You see, now that all reasonable people accept that warming is occurring, the cause of it is irrelevant. If we had infinite quantities of coal, or there was no other way to generate electricity, then it might make some difference if our C02 emissions were dangerous or not. But we don't, and there are. So there are really only two options.

1) Carry on burning fossil fuels. Which is fine* if in fact this doesn't cause global warming. Until we run out, and then we are truly up faecal matter creek without a canoe. And if it does cause global warming, then we'll just reach said creek quite a lot sooner.
* Except for all the other nasty associated  environmental damage, like oil spills and open-cast mining and the truly awful effects of fracking.**
** This seriously needs a less hilarious name.


2) Stop burning fossil fuels. If warming is real and caused by humans, then at the very least this limits just how far up the proverbial creek we get. And if it's not caused by humans, then we've still prevented all the other downsides to fossil fuels and switched to energy sources that will last forever  (and this includes nuclear fission by the way - breeder reactors are more than capable of producing enough fuel to last us billions of years), and will likely become a hell of a lot cheaper over time.

Which might make you wonder why I started this post with a vitriolic attack on Al Gore, the patron Saint of Lowering C02 Emissions. Well... I don't actually want the poor bugger to engage in self-copulation, or do something unfortunate with his Nobel prize. Heck, his alarmist movie is probably the only way to convey to the more thick-headed people that there really is a problem, and we should jolly well do something about it. In fact, well done that man !

Unless he tells me to save energy by not using my shiny new air conditioner. Because if the survival of a few waddling tuxedo-wearing movie stars (i.e. penguins) depends upon me living in a constant 35 degree heat and therefore having to collect my own sweat in buckets, then so help me God I'll go to Antarctica and finish off the feathery bastards myself. They'd do the same to me if they could. 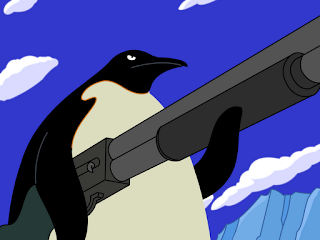