A Giant Horse, Some Freaky Babies, And A Post-Soviet Apocalyptic Wasteland

All are to be found within easy walking distance of my current abode. In fact, the wasteland is only a walk across the road. And it really is a wasteland. Aside from the occasional tree, only a low, distasteful scrub covers the ground. Muddy tracks and pathways criss-cross parts of this inner-city wilderness, although where they could possibly lead I've no idea. Welcome to a part of Prague where tourists fear to tread. 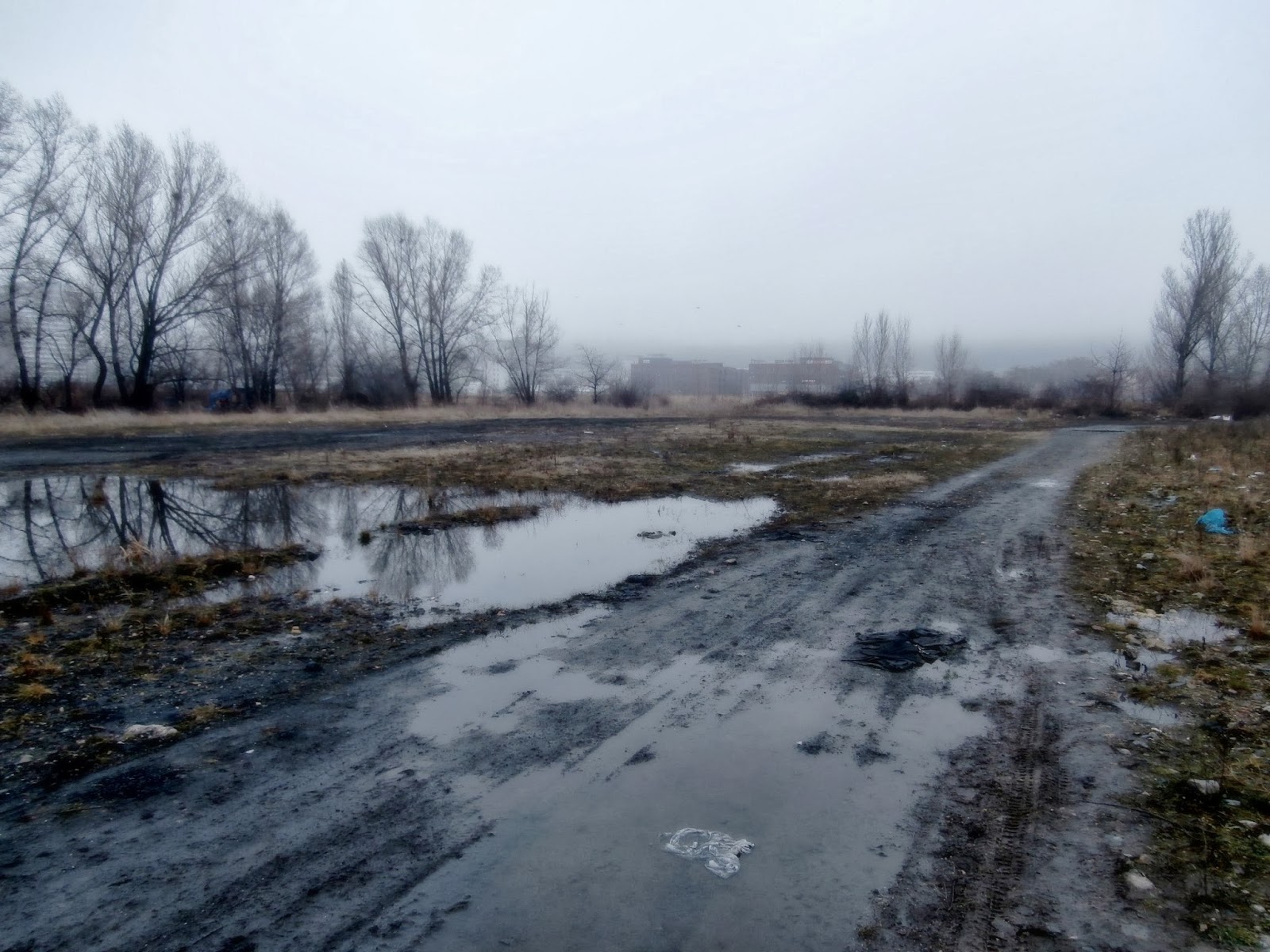 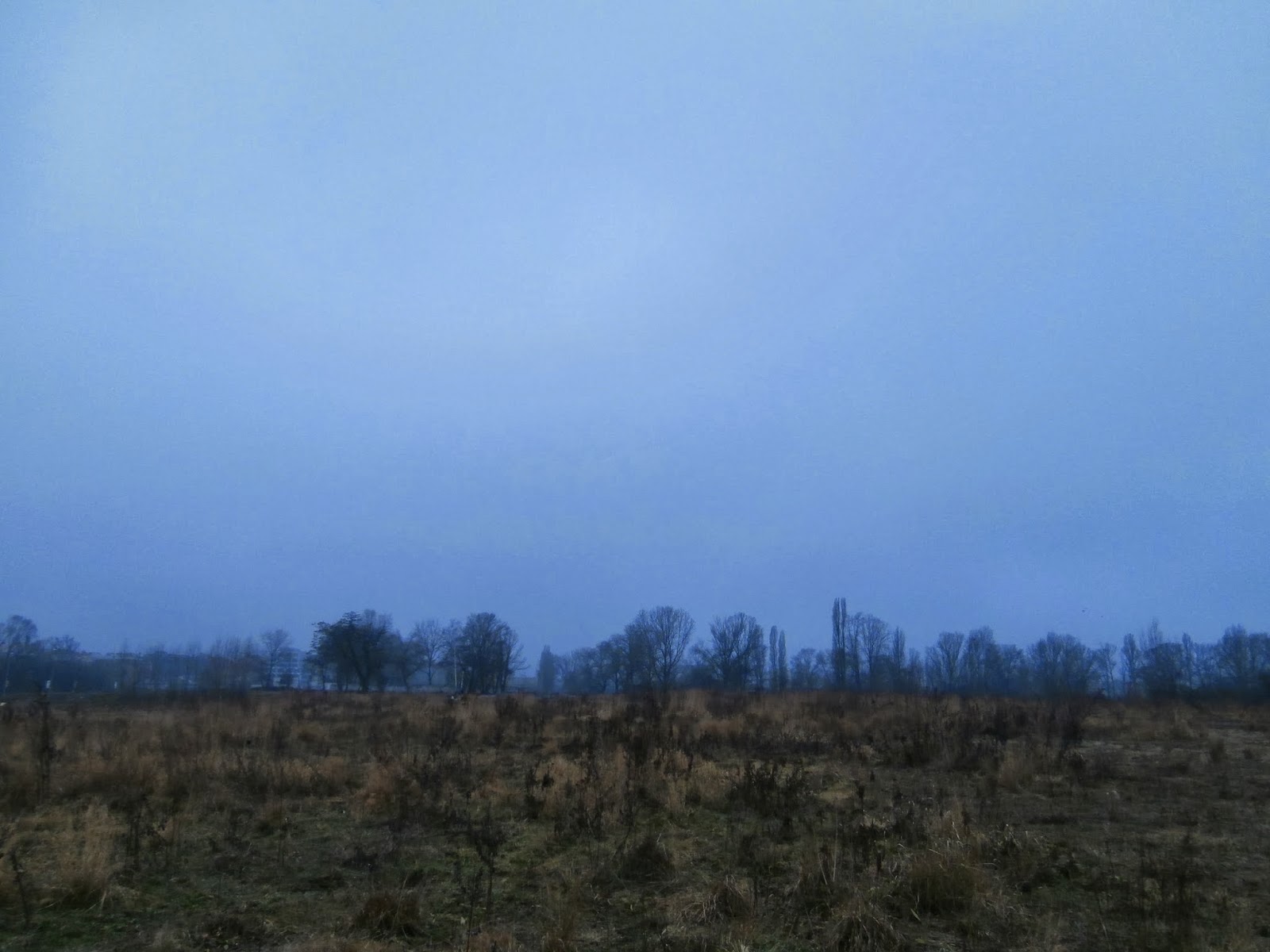 This probably won't be as popular as the last time I posted about things tourists don't get to see.

In many places, ruined factories and other buildings - some of which are now only low walls - break the monotonous brown with patches of monotonous grey. Only graffiti (which is sometimes, admittedly, really rather good) provides a splash of colour to this long-abandoned part of the city, barely 30 minutes walk from the glories of Old Town square. It reminds me of nothing so much as Day Z. 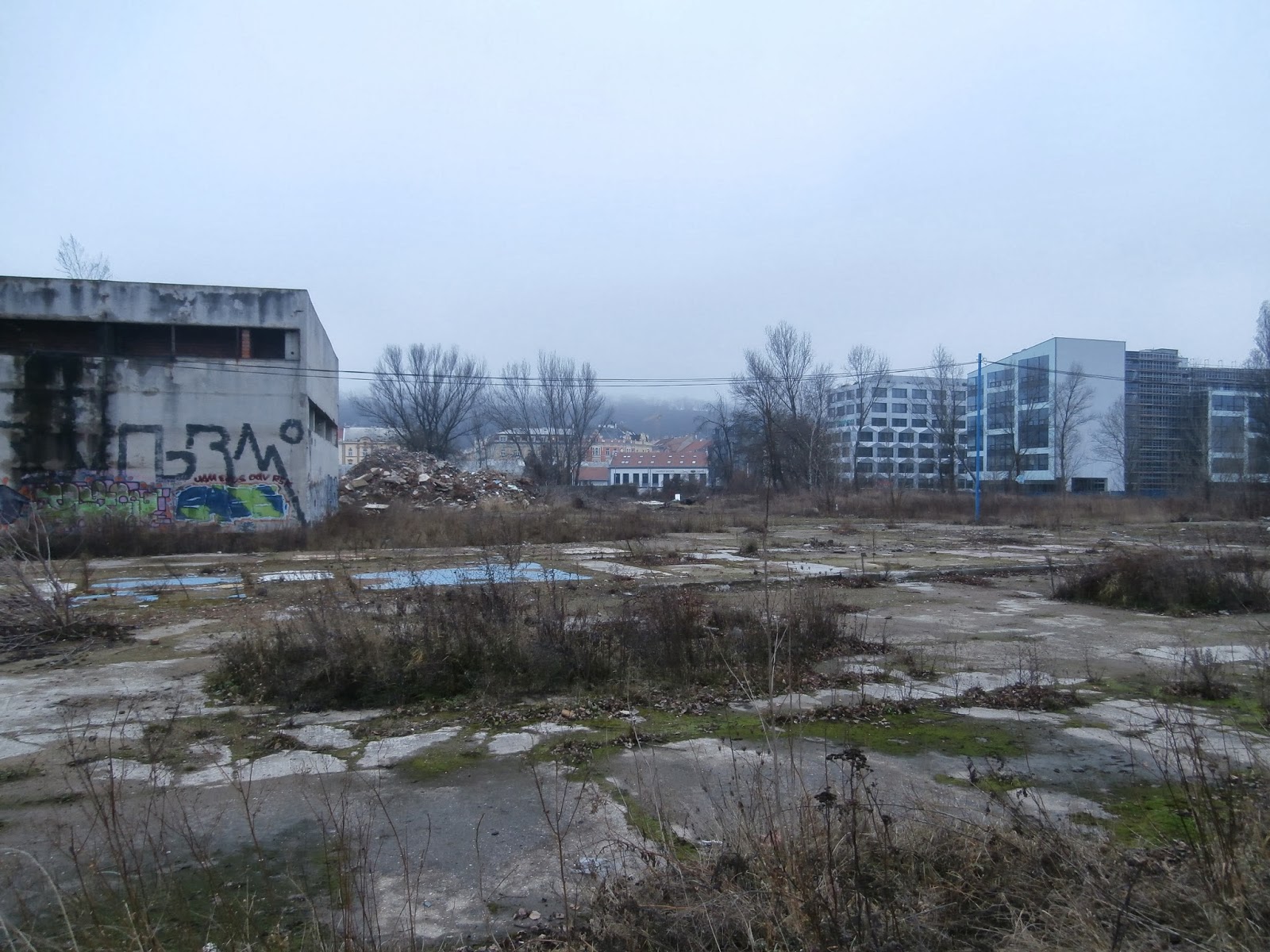 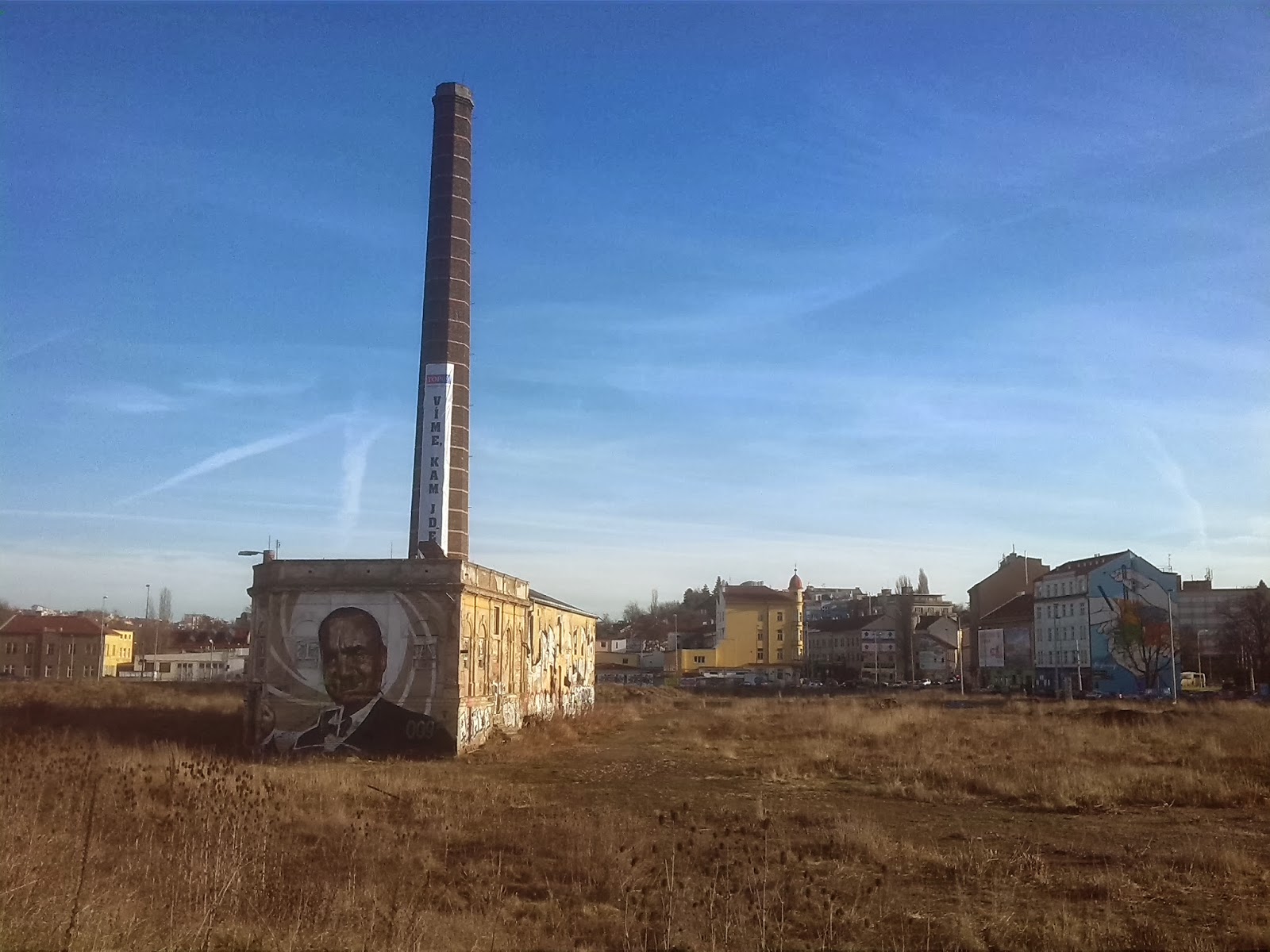 Carefully sneaking past the shuffling hordes of zombies* I found that much of this area is now a construction site. And it should be - go back across the road and you're in a perfectly respectable part of the city. Whatever the development plans might be though, they are clearly a few years away from making much of a difference.

* A.k.a. dog walkers. Praguers don't let a little thing like a post-soviet apocalyptic wasteland stop them from walking their beloved dogs. One night I ventured outside simply because it was -13 C, and I've never experienced -13 C before. What did I find ? Dog walkers - they're irrepressible.

Slightly further towards the city center I found this building. No idea what it is. I only point it out because the architect's brief must have read something like, "We want it to be really pointy. REALLY pointy. Yes, we know, there's plenty of space to make it bigger, but the important thing is that it be pointy as heck." 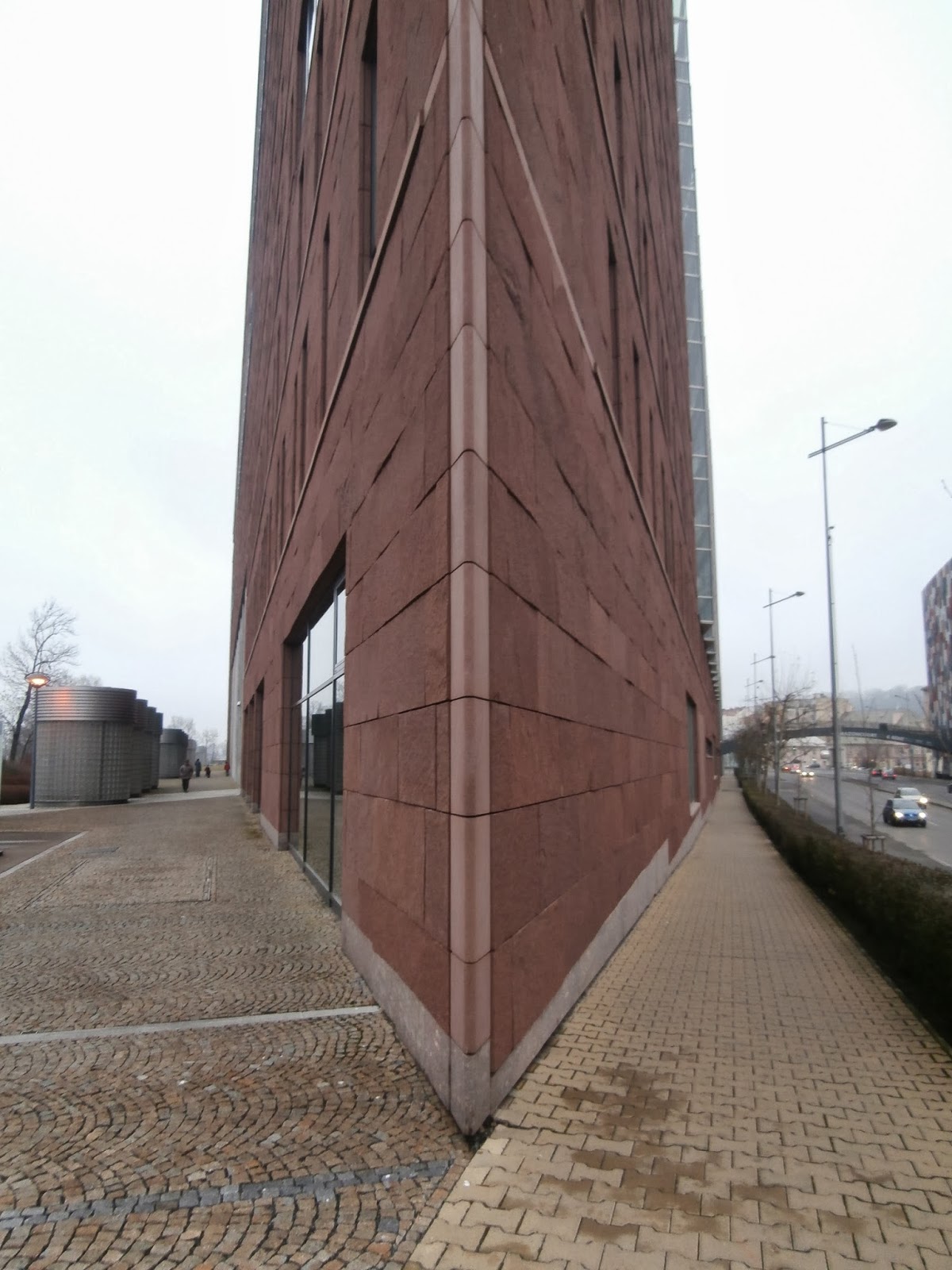 Onwards. then, away from the other-worldy wasteland and back into the city proper. A huge statute of a horse looms over the local area from the top of a nearby hill, and obviously demanded attention. This is reached via a tunnel about 300m long, followed by a steep ascent through some rather nice parkland. At the top, more dog-walkers (of course) and a national memorial (formely, I learned later, a Communist mausoleum, which is why it's one of the most architetcurally uninspiring buildings anywhere) and Tomb of the Unknown Solider. 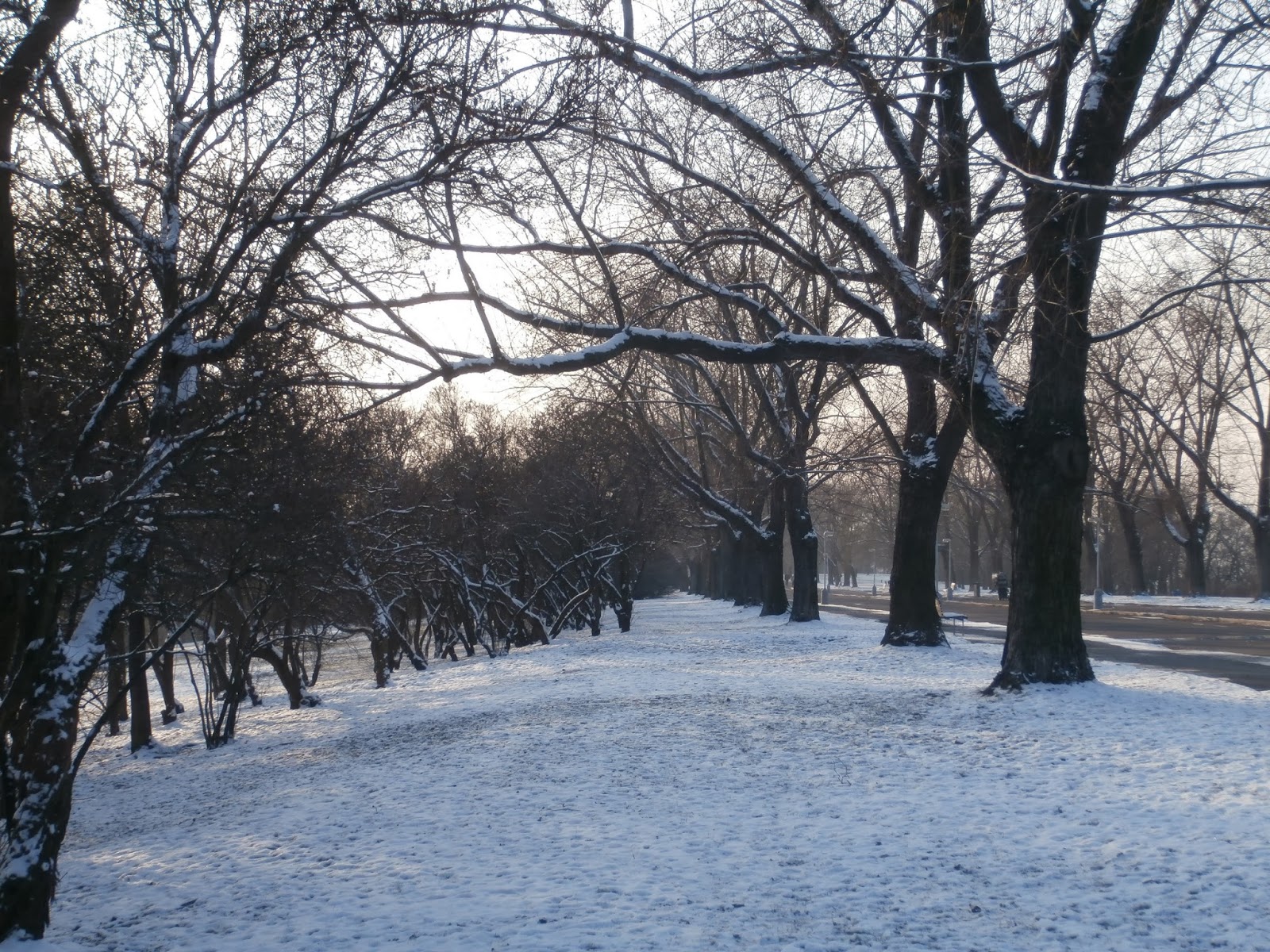 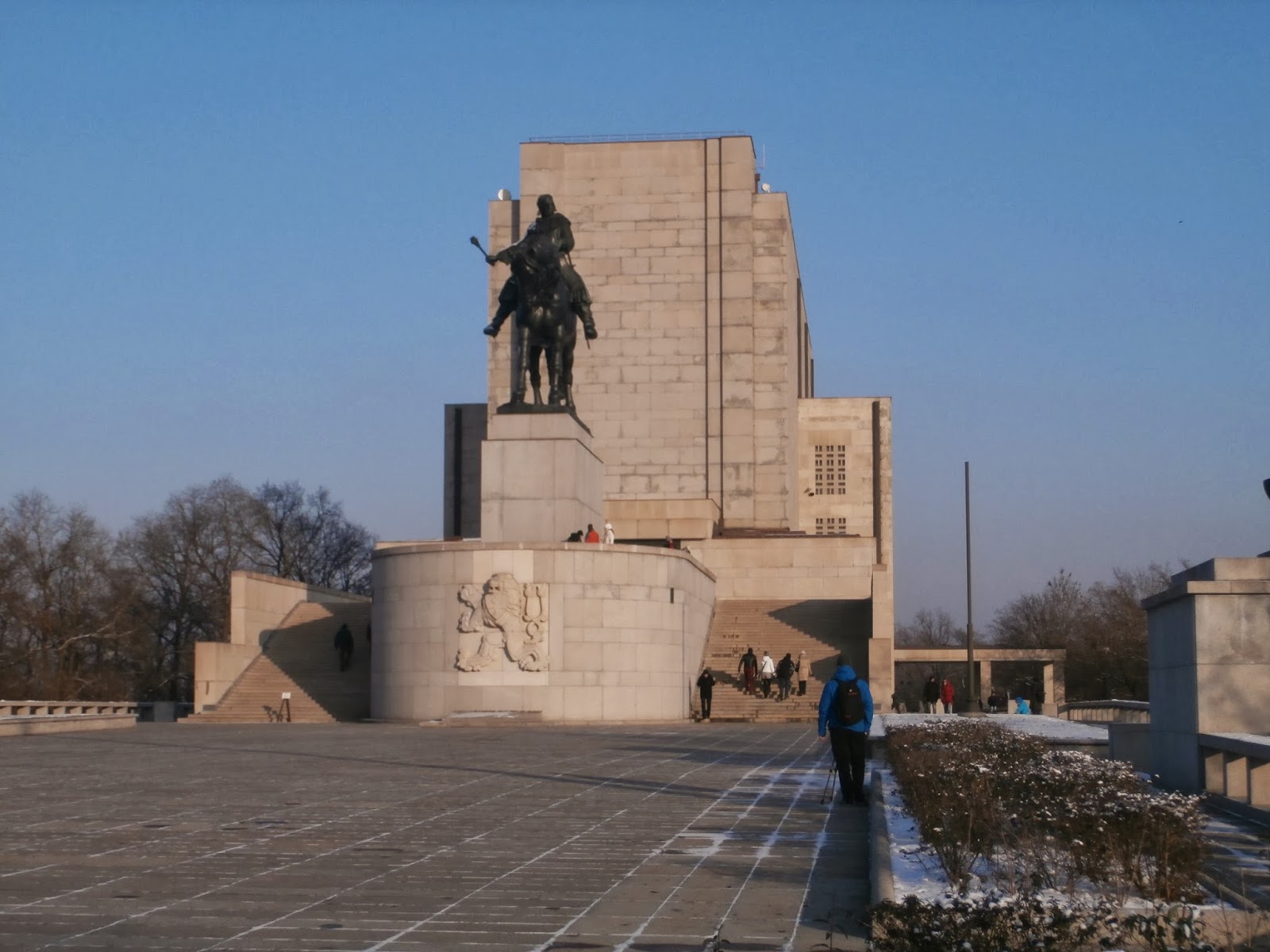 Still, the horse is much more impressive. It is in reportedly the largest equestrian statue in the world, being 9m tall and weighing 16 tonnes, however, this is demonstrably completely wrong. Even so, it's well worth a look. There's very little else nearby, so there aren't any tourists. Certainly not in January when it's -9 C, at any rate. 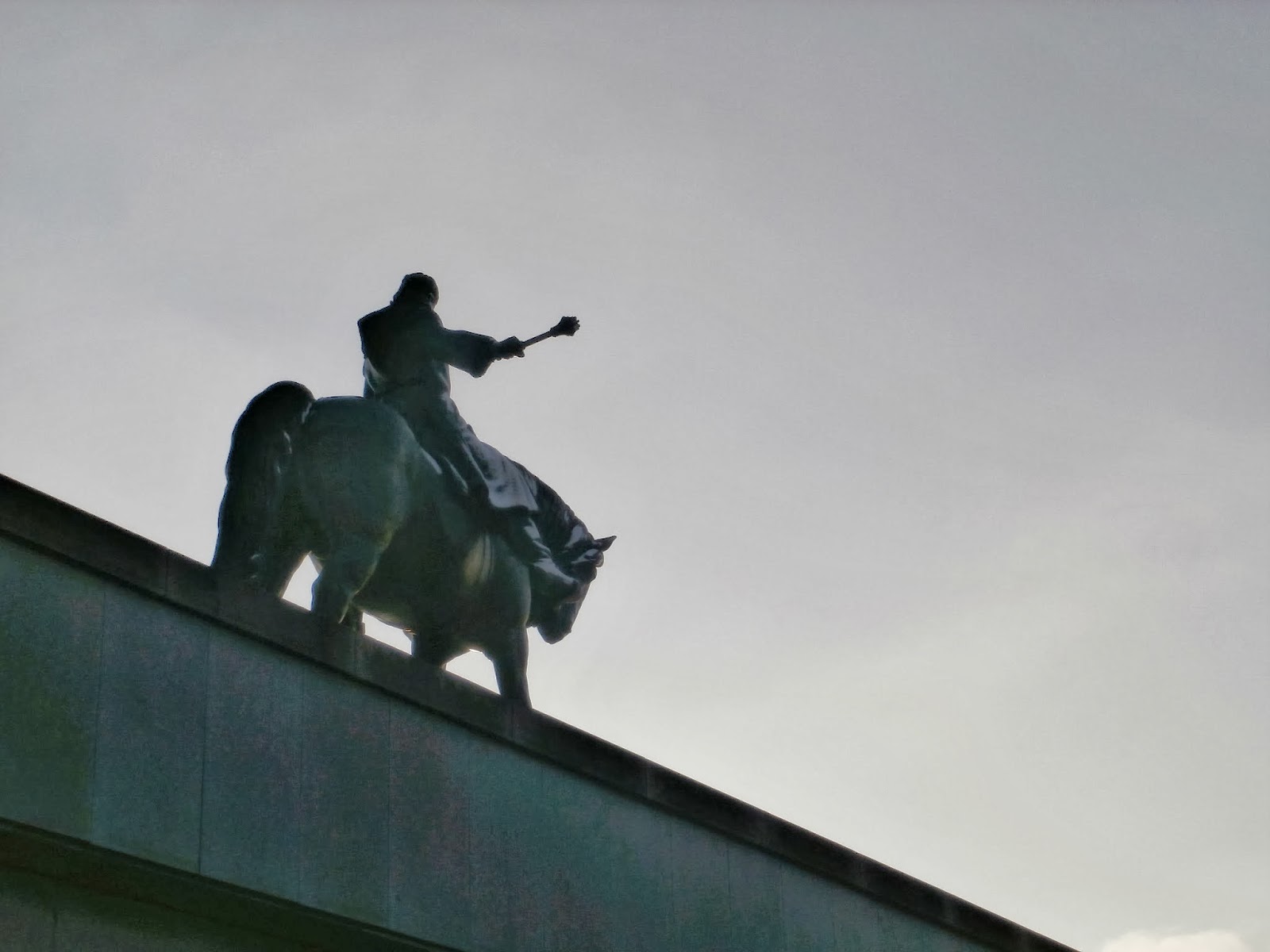 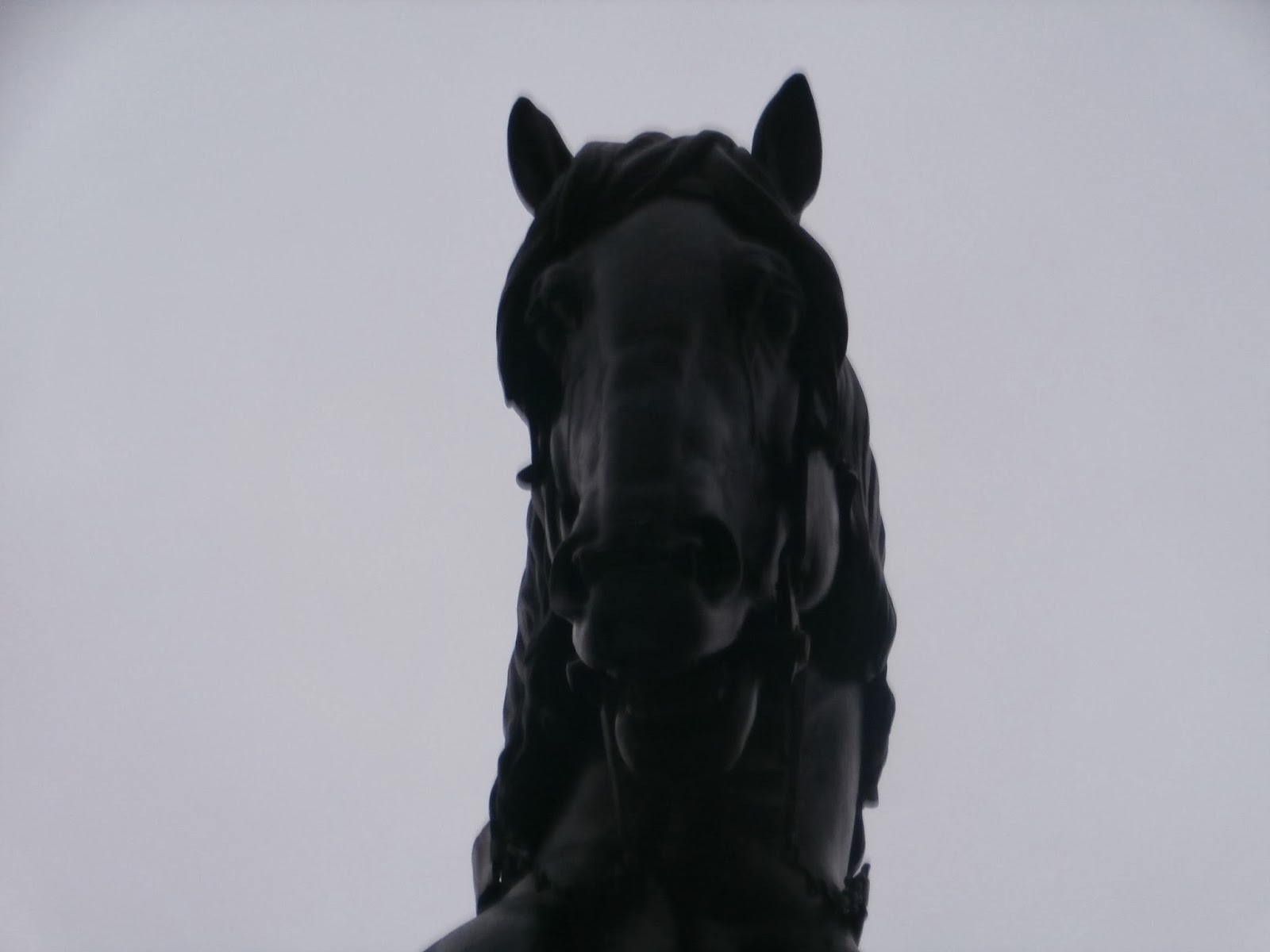 Vitkov hill offers some impressive views of the city, and, like Vysherad, deserves to be more well-known, though I suppose war memorials aren't top of the tourist list. The skyline to the south is dominated by the massive, 216m tall TV tower. 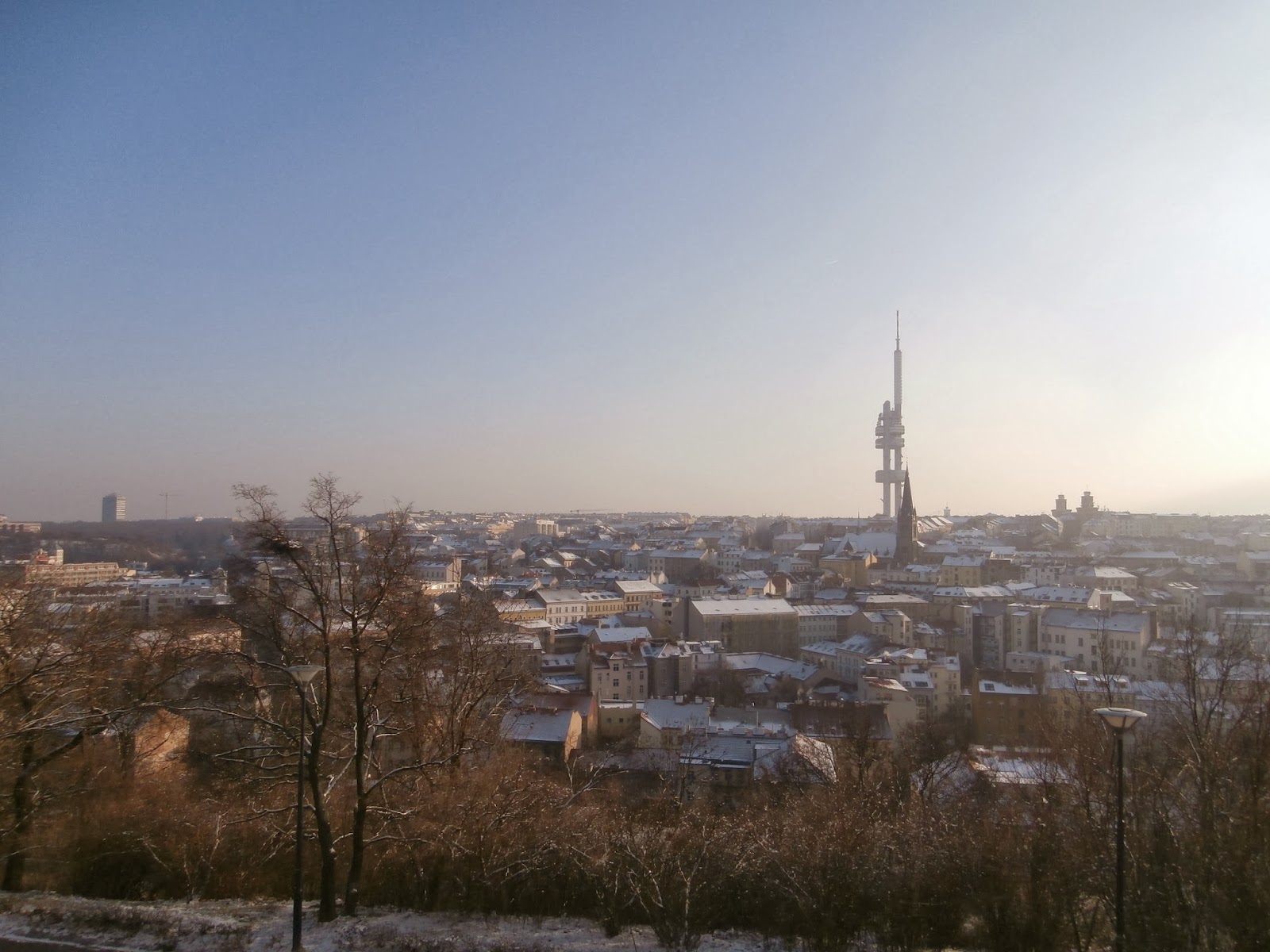 The tower is quite a trek away, so I wandered up to it on another day. It's apparently also accessible by metro, but I'd have to use all 3 lines to get there (which would probably mean more time waiting for the trains than actually using them) and anyway, that just wouldn't be any fun. Neither are the hideous bronze babies that are attached to the sides. 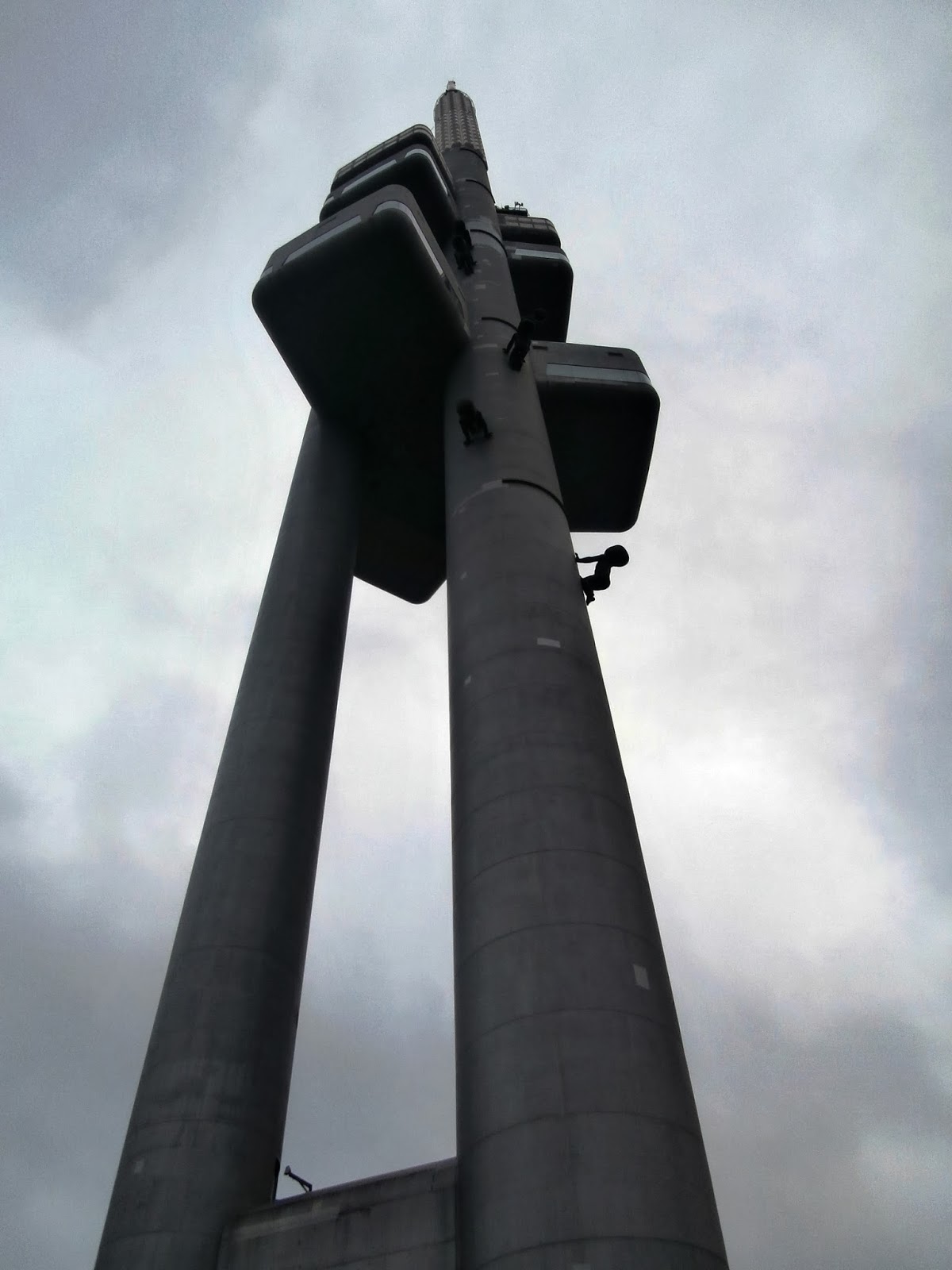 I bought a book, "Xenephobe's Guide to the Czechs", which says:

"They have a deep desire and unwavering determination to better themselves... whatever the circumstances and through their own efforts. What saves them from being quite unbearably astute is that they have a unique knack for screwing up when it really matters. Which is why they are where they are, not where they know they ought to be."

Well then, here is a perfect example. Apparently, it is not as obvious as I thought, so please pay attention, good people of the Czech Republic :

Malformed babies are not suitable as decoration.

Not on a TV tower and not in an otherwise pleasant park in the city center. Not anywhere. They might be amusing for all of twenty seconds, but as something you'd look at every day they're the artistic equivalent of pugs : you wouldn't want to wake up to them with a hangover.

I continued onwards for a short while just for the heck of it, and was rewarded with the discovery of a bar which, for obvious reasons, I have literally no choice but to visit. It only opens after 4pm, otherwise I would have gone in there and then. And now it's -13 C and it's too far to walk in the cold. But as soon as it gets even just a little warmer, I promise you, dear readers, I shall investigate. I don't know whether their pina coladas will be any good and I doubt they'll serve rice and beans, but I'll be damned if I don't find out.