Are You Sitting Comfortably ?

You'd better be. By the time you finish reading this, you'll have travelled about 42 thousand miles. 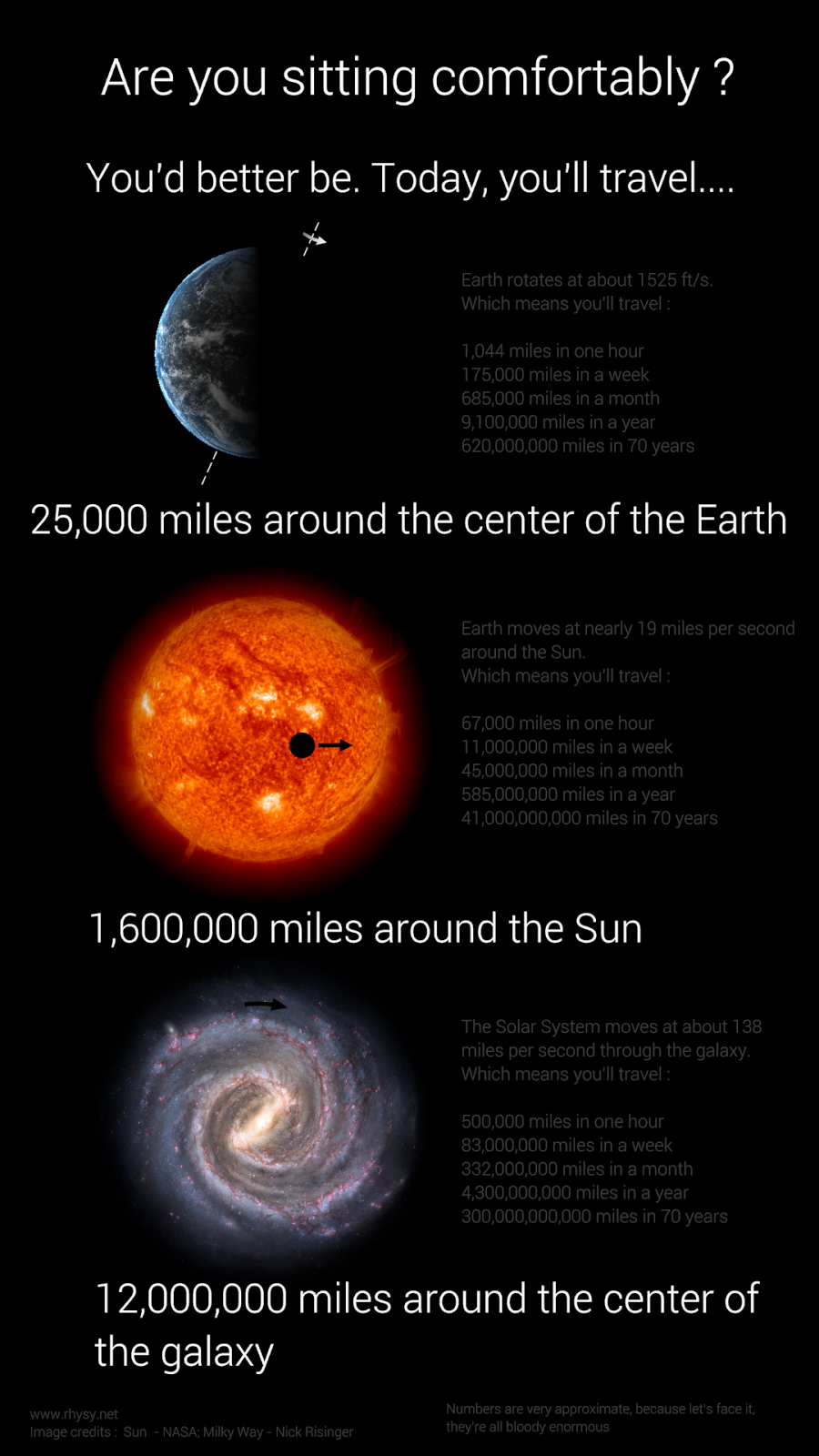 ... or about 66 thousand kilometres if you insist on using the metric system like most sensible people. 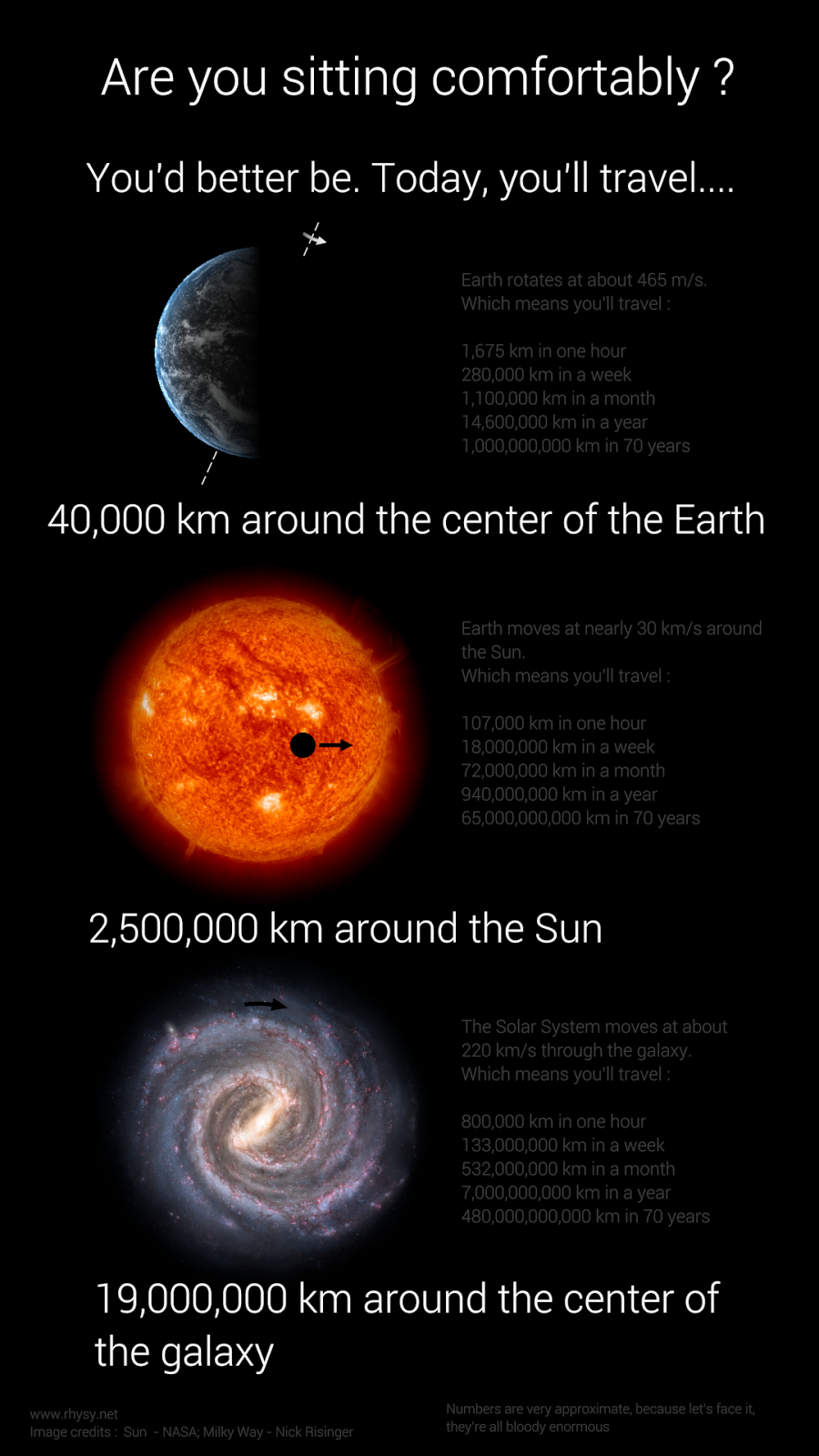 The Earth rotates at about a thousand miles an hour on the equator. If you stand on the poles you won't move at all, you lazy bastard... not around the center of the Earth, at any rate. And of course if you're an astronaut you'll be going much much faster. The rest of us are rotating at several hundred miles an hour, just from the rotation of the Earth alone (which would only be impressive if we suddenly stopped). At that speed, you could make it most of the way to the Moon inside a week, while in a month you could make almost 3 return trips. A year would get you about 9 million miles - just enough to be really far away from Earth, but nowhere near any other planets.

Of course, the whole Earth-moon system is also orbiting the Sun, and very much faster than the rotation of the Earth on its own axis. A month of travelling at 67,000 mph would be just about enough to get you to Mars or Venus when they're closest to Earth. A year would get you to Jupiter, while if you spent your entire life at this speed you'd end up ten times further away from the Sun than Pluto and be incredibly lonely. You'd be about three times further away than Voyager I is currently, so you'd be in a really tedious part of interstellar space.

Then again, the entire Solar System is orbiting the center of the galaxy at about 138 miles every second. That would get you from London to Sydney in just over a minute, the Moon in half an hour, Mars in 3 days, Pluto in a little under a year. But it's still nowhere near enough to explore the galaxy. Even travelling at that speed for 70 years, you'd only travel about 1% of the distance to Alpha Centauri - actually reaching our nearest star would take about 6,000 years (in case you're wondering, Voyager I is currently moving at a paltry 17 km/s away from the Sun; bullets move at a pathetic 1 km/s).

Conclusion : space is big. As a wise man once said, really big. You just won't believe how vastly hugely mindbogglingly big it is... Also, everyone on Earth is moving much faster than a speeding bullet. I love science.
Posted by Rhysy at Thursday, January 02, 2014