Review : The Count of Monte Critso

Well well well, it's been a long time since I bothered to post a review of anything. I figure that more than enough people do that anyway, but very few of them take the trouble to tell you about the time they didn't meet the British Ambassador, or accuse amazon of racism out of sheer spite. However, the time has come to make an exception.

As I've previously mentioned, owning a Kindle is a perilous affair. I haven't even made a dent in its 3GB memory yet (filling it only with books is a good way to appreciate just how large a gigabyte really is) but I've already got more than I could hope to read in a year. Or, based on one of my latest reads, 20 years.

Having seen a decent film with Richard Harris some time ago (no, it wasn't Harry "Angsty Wizzard" Potter), I've long felt that The Count of Monte Cristo might be a worthwhile read. So, this being a Kindle, I downloaded the complete unabridged works of Alexandre Dumas for some amount of currency so small it's zero within errors. However, it's fortunate for Monsieur Dumas that he is dead, or I would be forced to write him an angry letter. I might do so anyway, but it probably wouldn't help much.

From the 800 reviews on amazon, I was expecting a magisterial masterpiece that would be indisputably one of the cornerstones of Western literature. I was wrong. What it actually is a bloody awful book that is almost entirely forgettable. Not that I gave up without a fight, oh no. I made it 70 chapters of the way through (there are about 120 total, I think) which took me about 4 months before I've finally had to admit defeat. Because, you see, it's just not very good.

99% of the time it feels about as twee as Lark Rise To Candelford, a comparison not to be made lightly. Almost everyone is an unbelievably prim and proper superlative of something, which results in them being completely unlikeable. The descriptions of places are almost incidental, Dumas preferring to insert 20 pages of completely pointless dialogue that doesnt't go anywhere rather than tell us anything about the setting. And when he does, it's again nothing but superlatives.

The plot, for those who aren't familiar, is that our hero Edmond Dantes is imprisoned for a crime he didn't even know he didn't committ. Abducted from his wedding to the extremely boring Mercedes, he spends 15 years in a dingy dungeon. There he meets the impossiblly knowledgeable Faria, the 19th century equivalent of Google. Fortunately our hero has a perfect memory, and Faria, taking a shine to the young lad, tells him (via a long and
REALLY
FRAKKING
BORING
backstory) of a treasure hidden on the island of Monte Cristo.

On escaping from prison (a rare example of a good part of the book) Dantes embarks on a mission to very, very slowly track down his enemies, and very, very slowly exact his revenge upon them. Along the way there are yet more endless RFB backstories and improbable plot twists, or least meanders. It even features a 19th century version of Captain Pike - Monsieur Nortier - who can only communicate by blinking. 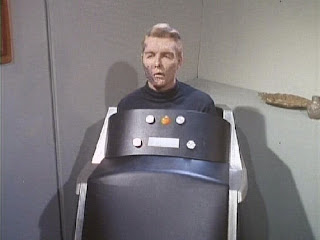 Why this mighty tome is deemed a classic by anyone is something which utterly escapes me. Maybe you're not supposed to actually read it. Maybe you're supposed to buy the hardback edition, for which I can think of a number of uses :


By the time I admitted defeat, Dantes had done no more than cause some mild inconvenience to his supposed enemies. Sure, there are a few much darker passages - like burying a child alive - but they're embedded in such a thick, rose-tinted mush that they lose virtually all force. And sure, the complex lives of the RFB characters are intertwined very cleverly, but it takes a life-age of the Earth to start to reveal any of this and it's just not worth the effort.

This could have been a memorable swashbuckling adventure, chock full of pirates and a man on a quest for bloody revenge. What it actually is is tedium incarnate. In short, I can think of better things to do with my time. Like stare blankly and silently into space for six solid, uninterrupted hours, all the while reminding myself how much worse it would be if that dreaded book was in front of me instead of a nice blank white wall.