In the last three posts I've destroyed a galaxy, photographed a potato and turned an asteroid into 300,000 cruise ships. Well, gosh darn it, this time I'm going to write a proper blog post, without any CGI at all...  not much, anyway.

This week saw the departure of postdoc Julia Deneva, who I owe many times over for various beach and restaurant trips, to say nothing of the months of daily lifts to the Observatory every morning. Thanks Julia ! Except now we're short of one of our chief Dominion players and, more worryingly, that leaves me as the only Arecibo postdoc...

Julia appears to have been morbidly addicted to the telescope, having visited as an undergraduate, a graduate student for the single-dish summer school and as a pre-doctoral fellow for a whole year, then came back as a postdoc under Cornell and stayed on after the management change. Having climbed every single rung on the AO career ladder short of management, she's running away to sea. By which I mean the Naval Research Laboratory, which I choose to believe is a giant floating telescope that's bristling with cannons.

Common Observatory practice appears to be to bestow departees with a large picture of themselves, standing in front of the telescope, signed by all the staff. I don't know why anyone would want such a thing, but Julia didn't get one of these. This is possibly for the best as she insists on closing her eyes every time she has her picture taken. Instead, Julia will eventually get a glass cube with a little model of the telescope laser-etched inside.

Julia leaves behind an unfortunately transient legacy of cats. These cats, except for one. Apparently they have "run amok" and must be removed.

Fortunately the total of 5 cats are being steadily relocated. Three are still up for grabs. Want one ? Seriously, come along and take one - you catch it, you keep it. Actually, we'll catch them for you. And vaccinate and sterilize them too*. Take a cat and I personally will give you a tour of the telescope, probably. Heck, I'll even shower you with official CLAWS merchandise of your choice. Hats, mugs, stickers, badges, T-shirts... we haven't got any of them, but we'll order them specially.

* By which I mean take them to the vet. No-one here has the requisite scissor skills to properly snip that which must be snipped. 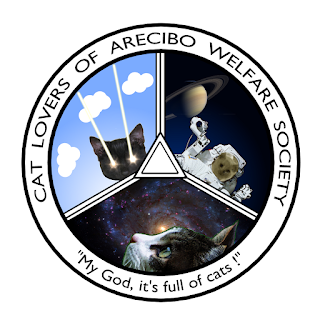 In non-Julia related news, outside of the world of cats and science lies the at least equally strange realm of Puerto Rico. It's full of cows... 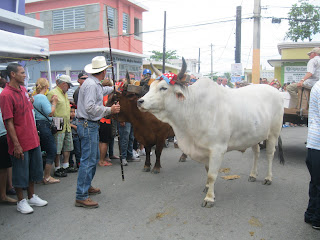 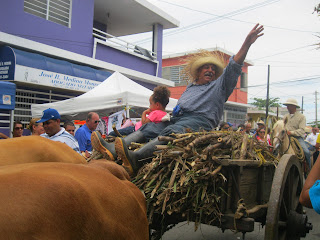 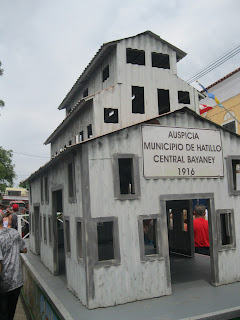 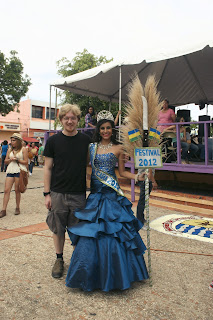 This was the sugar cane festival of Hatillo. It also featured some truly outstanding (not in a good way) karaoke but not much moonshine, which is surprising given that sugar cane is the main ingredient.

Finally, in totally unrelated news, my first media interview appears in this month's Ciel et Espace. French readers should go at once to the nearest newsagent and buy a copy. You'll find not only the galaxy size comparison charts in handy printed form, but also a 1 page interview in which I jabber on about the importance of outreach and Star Trek. Mexican readers won't have to wait long either - a special space edition of Conozca Más comes out... well, about now, actually.