2019 is here at last, so let's begin the year with suitably absurd space antics. That's the only sensible way to start off a year, after all.

This is an actual T-shirt. You can buy it on Teeturtle somewhere. 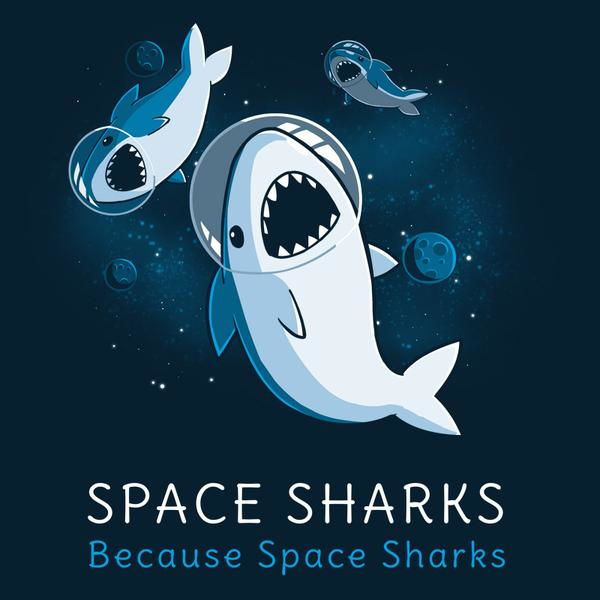 They don't yet have a SPACE DRAGONS Because Space Dragons T-shirt, but if they do, I'm buying one and you can't stop me. "Rhys, what are you babbling about ?" I hear you ask. Well, I shall tell you.

Towards the end of 2018 I was asked by the lovely people at the SOFIA observatory to have a bash at visualising some nice new data they'd collected. SOFIA is not a Bulgarian telescope that's decided to SHOUT at people, but an acronym for the Stratospheric Observatory For Infrared Astronomy. That's much cooler than it sounds, because what it actually is is a 2.5m telescope that flies in the back of a specially-modified NASA jumbo jet.

Of course, flying the telescope up as high as you can is better because it gets it closer to the stars... no, not really. The actual reason is that it avoids emission from much of the atmosphere, which at certain frequencies makes it very difficult to see anything. Like emission from ionised carbon (CII), for example, which is great for studying star formation.

Since I specialise in gas that isn't forming stars at all, I won't try and bluff my way into making this a science post. No, here my only role was to make pretty pictures. And gas is very, very pretty, after all. Especially in the infamous Orion nebula.

Unless you're truly spectacularly ignorant, you've seen images like this before. It's a big, bright target popular with amateur astronomers and surely one of the most photographed things ever, right up there with Megan Markle and her feckless adopted family. So isn't sending up a great big telescope in a jumbo jet to take even more photographs of it a bit like... well, you can imagine Frankie Boyle's inevitable paparazzi joke here for yourself.


As it happens, no. Because this telescope can see it at frequencies never studied before, and, just like with radio astronomy, it doesn't just make 2D photographs but 3D data cubes. Which, as regular readers know, is My Thing. Spectral imaging lets us map not the true 3D structure of the gas, but how it's moving. Which can tell you all kinds of fun things about where it's going, but again, not gonna try and bluff my way through the specifics of this one (I haven't even read the paper). And I'm going to gloss over the details of the visualisation techniques in this post - you can read all about the details here and here if you're interested. If you're not, don't.

Anyway, the data set was rather large (over 700 million pixels) which is pushing the hardware limits, at least in terms of quick tests that are so important for playing around to get things looking fancy. So I started off by trimming the data to make it more manageable. And then, according to a press release :


“When we first saw it, we were standing around my computer screen looking at it and say, ‘Hey, doesn’t that look like a dragon?’ And everybody said, ‘Yeah, that looks like a dragon,’ ” Joan Schmelz, the SOFIA project’s associate director for science and public outreach at the Universities Space Research Association, said today at the American Astronomical Society’s winter meeting in Seattle. 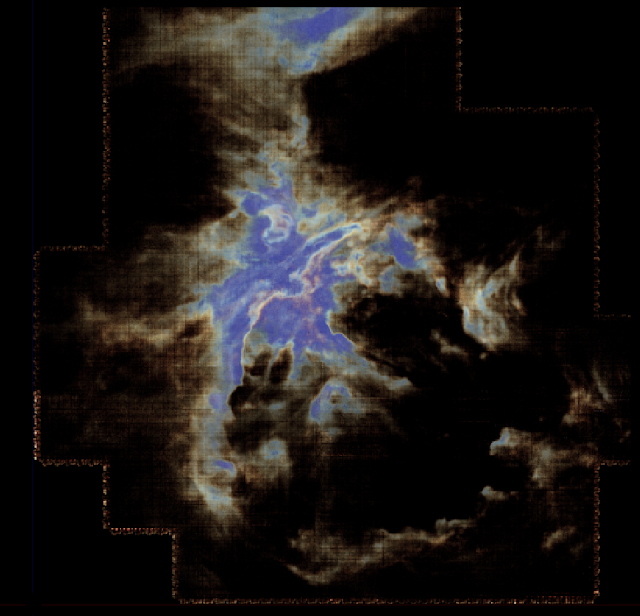 So I get a nice quote in another press release :


"As we rotated the data cube, we got our first glimpse of the structure that we've nicknamed Orion's Dragon," said Rhys Taylor, a scientist at the Astronomical Institute of the Czech Academy of Sciences and a consultant to the SOFIA team, in a press release. "A few people have said it looks like a sea horse or a pterodactyl, but it looks like a dragon to me."

Here's a dirty secret : we never actually say the things they say we say in press releases. They aren't done by interviews with some trilby-wearing journalist scribbling quotable quotes into a notebook. What actually happens is that some unlucky scientist writes it, checks if it's OK with everyone else, then sends it to a press officer for distribution.

If you can't see the resemblance to a dragon, WELL YOU'RE WRONG. Look, here's objectively the best flag ever :


And here's the Orion data, suitably rotated with some colour adjustments (we'll get to that in a moment) :

Clearly it's a motherfrakkin' dragon. And a bad-ass one at that, in a nebula a thousand light years away seen through a telescope flying on a jumbo jet.

Except, though, that the data here has been trimmed. I never intended to keep using the smaller data set, it was just a way to make playing around with the colour scheme faster and easier. 3D rendering can be slower than a tranquillised snail solving a Sudoku puzzle, so the need to speed things up is actually quite important. I planned to figure out nice settings for the 3D display with the smaller data and then use these to render the final version with only minimal further adjustments needed. That's exactly what happened, but the final movies never made it into the press releases - they just don't look dragon-y enough, I suppose. Here's the GIF you may have already seen :


But here's something you haven't seen : the full data set, rendered with some more complex processing :


Without the top cut off it looks distinctly less dragon-like ! We went through a whole bunch of iterations on this. The data was smoothed slightly, which reduces the noise but also the detail. The colour scheme is much more complex, which makes things generally prettier but makes it a bit harder to interpret (there isn't a nice direct relation between colour and intensity here).

Strictly speaking the data isn't truly three-dimensional in the normal sense, though it can be helpful to visualise it like this. What the data actually is is a series of images each at slightly different frequencies, equivalent to different velocities depending on how the gas is moving. Instead of layering them together to make a cube, we can also use these adjacent frequency "channels" to give different colours. Again, you may have seen a trimmed version of this, but here's the full data set :

As we step through the cube, adjacent channels are used to give the red, blue and green components. Of course the colours are false, but then, our eyes can't see at these frequencies anyway, and the structures you can see are absolutely real. It looks lovely, but we can do even more. The SOFIA website includes a 3D movie you can view with those traditional red-blue glasses, which I'm pleased to discover was shown at the AAS meeting... 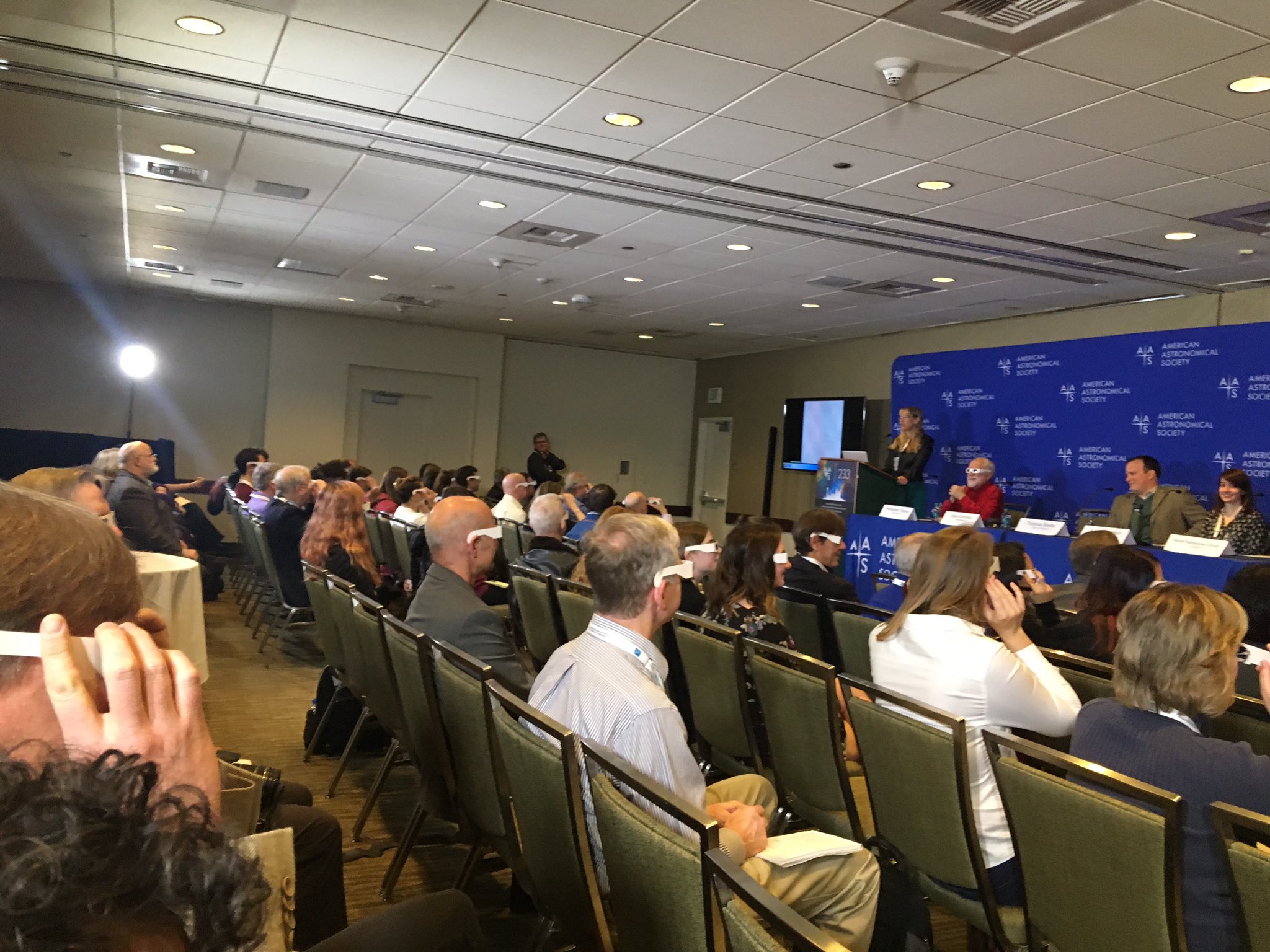 ... but you, dear readers, deserve better. So to finish off, here's a 360, 3D VR flythrough. You'll need a VR headset to enjoy this in its full glory, but YouTube should allow you to enjoy the 360 content in a regular browser and even anaglyph (red-blue) 3D if you're so inclined.


So there you have it : a gigantic space dragon seen in 3D through a telescope sticking out the back of a jumbo jet. If that's not at least slightly cool, I'm going to have to have spiritual breakdown and take up Tibetan yak farming or something.

UPDATE : I'd be amiss not to mention this wonderful cartoon interpretation ! It's not the ferocious beast I saw, but it is very cute ! 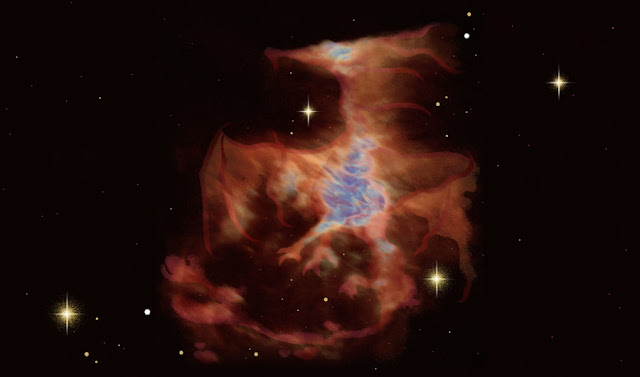