... and a bunch of other stuff too, but we'll get to that. Readers who only signed on because of the recent rut of graphics posts are going to be disappointed, because there won't be any of those for a while. This week, instead of making it rain planets, my goals are simple and few :

If the banner change and the above list didn't give it away, I'm now safely back in the exotic city of Cardiff, a.k.a. the place where they film Doctor Who. That means I'm no longer sweating profusely the whole time, can ride a bus instead of having to drive like a total loser, and can generally experience all the other delights Wales has to offer.

...We Interrupt This Blog To Bring You A Review Of Condor Airlines...

My cunning plan to save money by choosing budget airlines Condor went without a hitch. Apart from the total of 20 hours of travelling involved, but that wasn't their fault. That was because of the Atlantic Ocean being quite large (continental drift has a lot to answer for). But for about the same price as a return ticket with most other airlines, I was able to haul both myself and all my accumulated belongings (about 80kg of stuff) back to Europe with minimum effort, and in a premium economy seat, no less.

I have to give Condor very favourable reviews. Expecting nothing but misery and sorrow from a budget airline, I was pleasantly surprised. My 4 large suitcases were checked in without incident. They didn't even weigh them very carefully, fortunately - because one of them was a couple of kilos overweight. The staff were every bit as polite and efficient as on any other airline, except that I was paying half the typical price for the privilege.

I was extremely lucky to have an empty seat next to me (in a row of two) so I had as much legroom and any reasonable human being could expect. Not that it did me any good at all, because I just can't sleep on planes, but at least I was not sleeping in relative comfort.

The flight came with an evening meal, which was excellent (compared to other airline food, with metal cutlery (!) and a very large piece of cheesecake) and breakfast, which was truly awful (cold flavourless meat and cheese with some kind of disgusting bread substitute that I strongly suspect was regurgitated by a chicken). Tea, coffee, and alcoholic beverages were provided liberally (unfortunately anything more than a single glass of wine on a plane gives me a splitting headache).

All in all, regardless of other reviews, I would deem them excellent. The one thing lacking was a personalised in-flight entertainment system. This has always seemed like the least important aspect of a flight to me. I'm perfectly capable of amusing myself for 9 hours (if only by bringing along my own entertainment system, to whit, a tablet) but I sure as hell can't create my own legroom. The marginal extra cost for premium economy ($200) on a 9 hour flight was absolutely worth the extra space. I'd definitely consider using them again.

... and now back to our feature presentation

Total exhaustion notwithstanding, there are were a few things that struck me very quickly on my repatriation. One was that the cars in Britain and Puerto Rico are now about equal in size. Every other trip I've been pointlessly aware that British cars are noticeably smaller than their American counterparts. No longer, though I can't really tell if it's because British cars have got larger (hardly likely since the roads are still the same width) or the American ones have got smaller (much more likely since they're more economical).

Another thing that I was instantly impressed by was the fact that everyone spoke English, but sleep exhaustion makes me very impressed by everything.

Other expected bonus discoveries include the fact that evaporative cooling works here, so I'm not drenching myself in sweat in a completely pointless attempt to stay cool. Not that you even really sweat much at 20C. Then there's the fact that at night it's so damn quiet. There are no crickets chirping. There are no dogs barking (well, OK, not many). There are no roosters. But most of all there are no coquis. God how I hate those stupid little frogs.

The coqui is a 2cm long whistling frog whose call sounds like, "ko-KWEE ! ko-KWEE !". And they are LOUD. Easily as loud as a person. Basically, they're a bunch of slimy bastards. A hundred in the distance are fine. One just outside a house is very nearly as bad as the equally ubiquitous roosters.

Now, I'm not saying Puerto Rico is a bad place to live, but if I was one of the original Taino settlers, I'd have been the first to say, "C'mon guys, this is getting silly." What I'm saying is it's a bad place to live if you're me. And I am me. Although really I should qualify this even further, because presumably if I lived in a multi-storey apartment in San Juan the roosters and coquis would be no more of a problem than if I lived in central London. So what I'm really saying is even simpler : call me crazy, but I don't want to live in the jungle.

One might therefore infer that I'm somewhat ecstatic about being back. This is not quite the case, mostly because of the travel exhaustion and five hours of jet lag. It's also somewhat hard for me to currently accept that I don't have to go back. It's a nice thought (not that there aren't things I'll miss), but I don't really quite believe it. But I'll leave that to another post.
Posted by Rhysy at Tuesday, August 20, 2013 No comments: 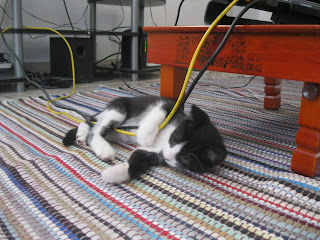 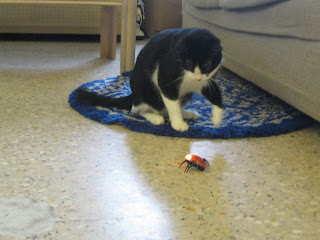 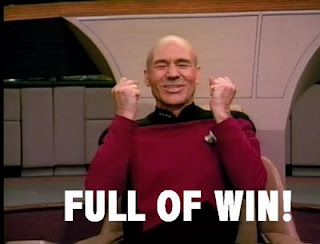 I love cats. Just not that cat. If I wanted a hyperactive animal who follows me around like a puppy and won't leave me alone the whole time, I'd have got a baby elephant. Or a puppy.
Posted by Rhysy at Wednesday, August 14, 2013 1 comment: 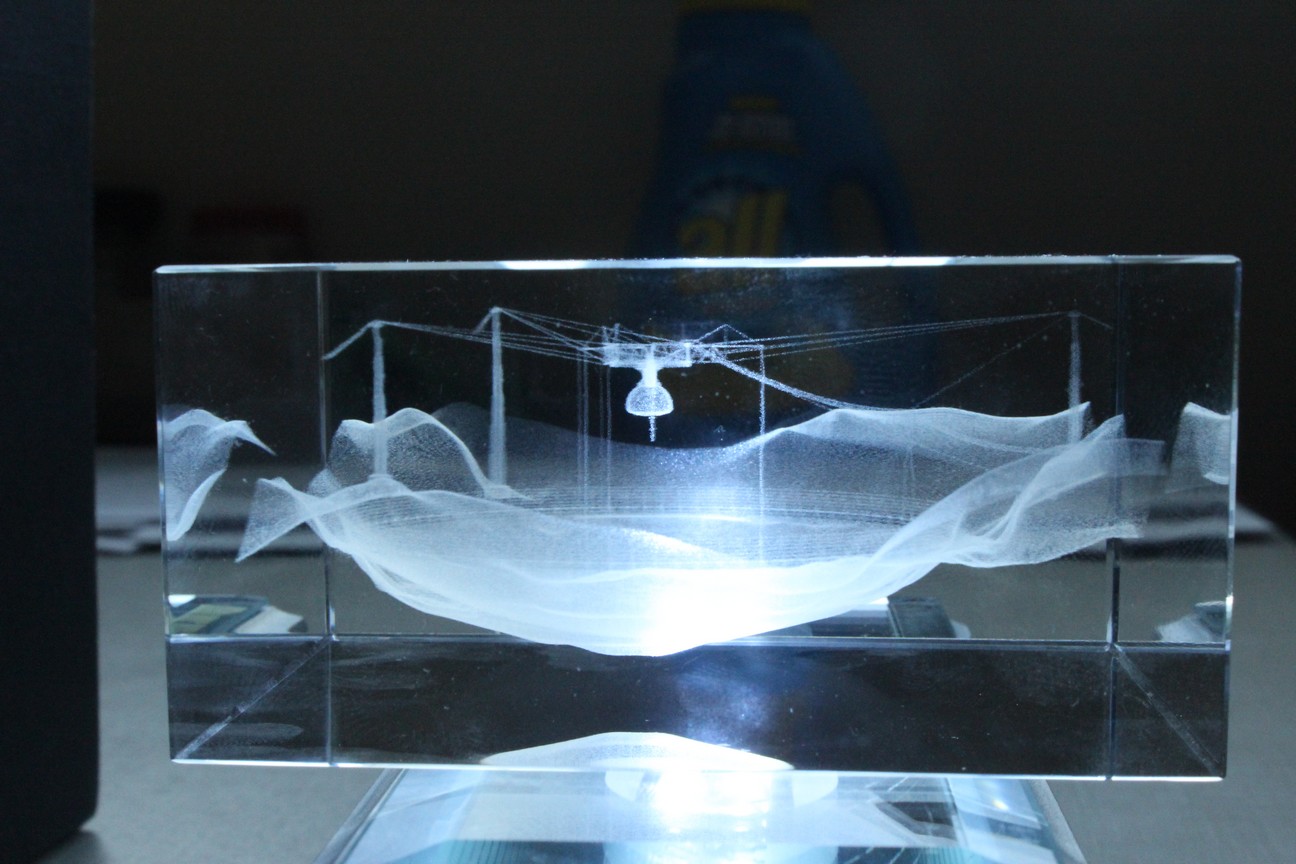 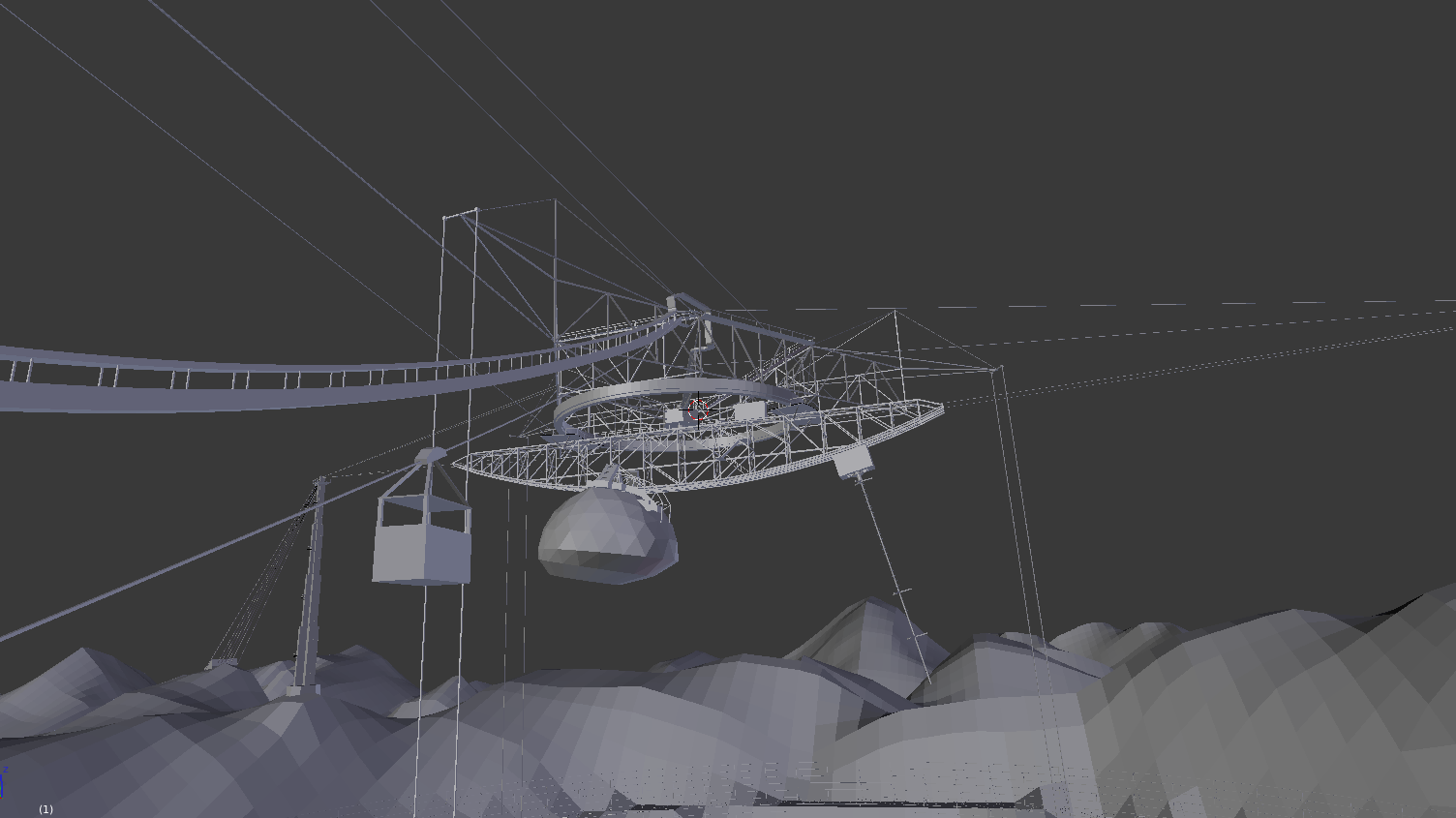 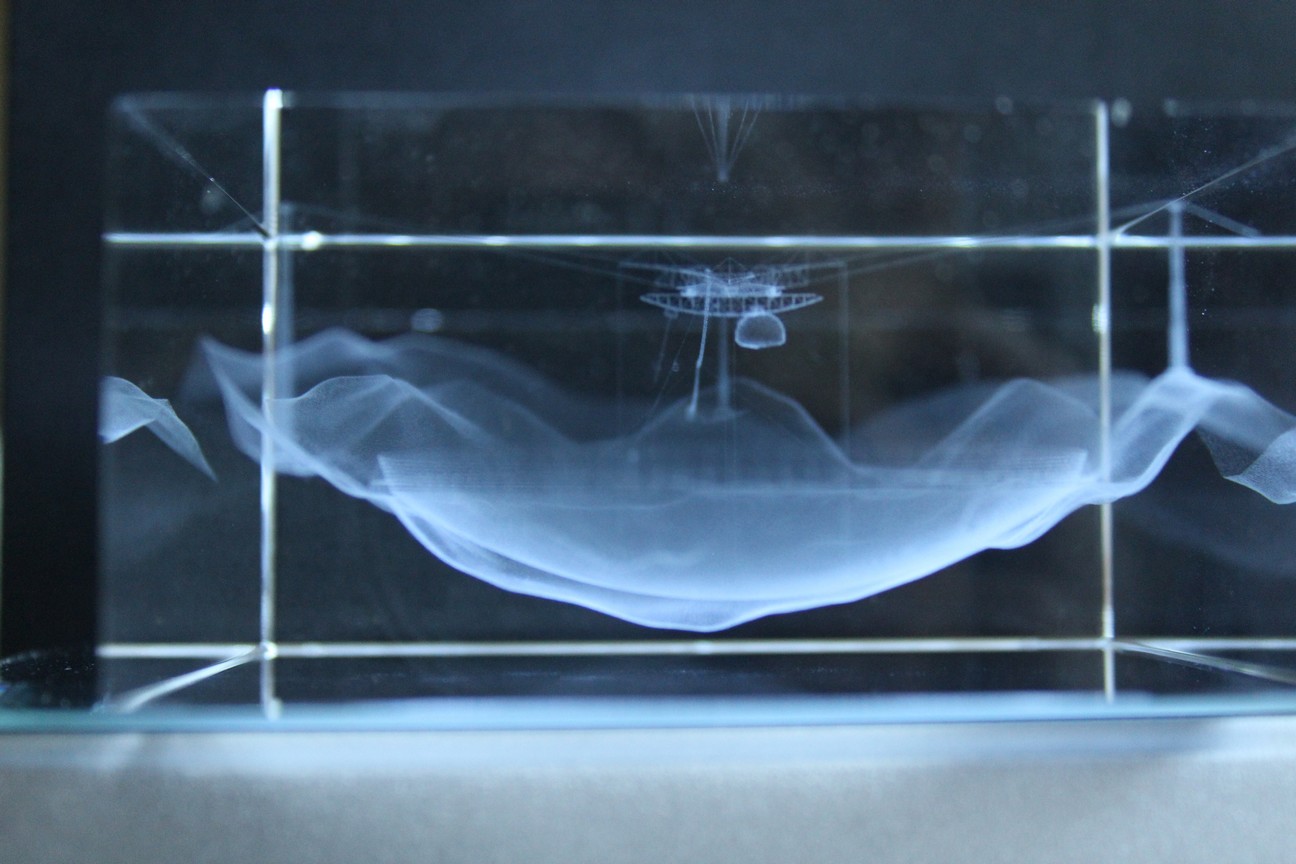 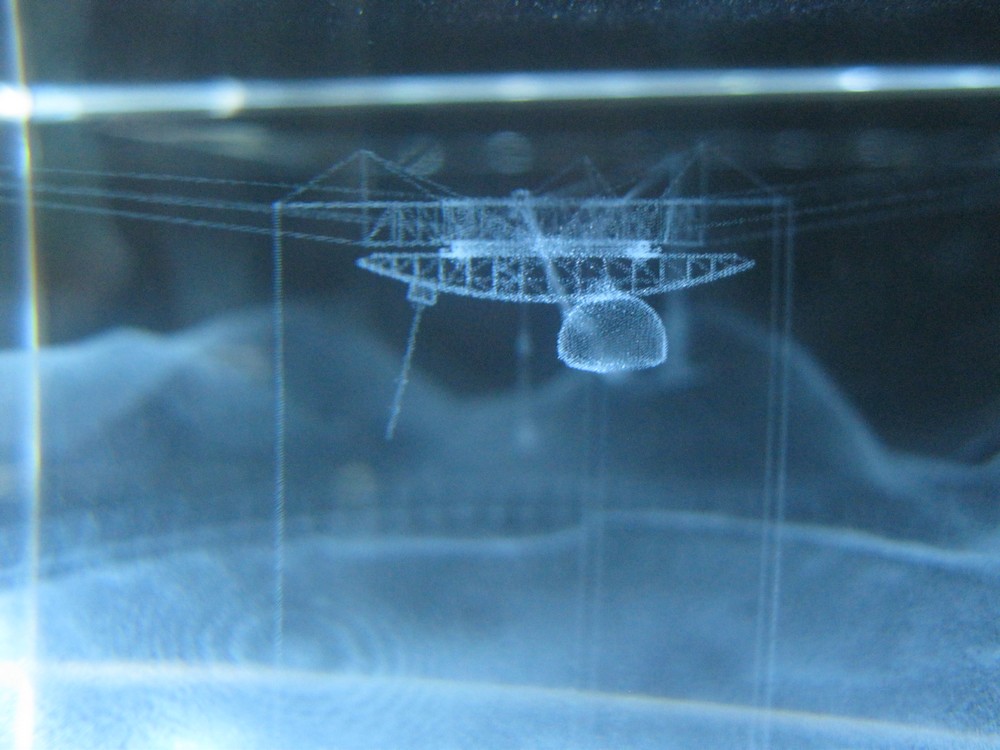 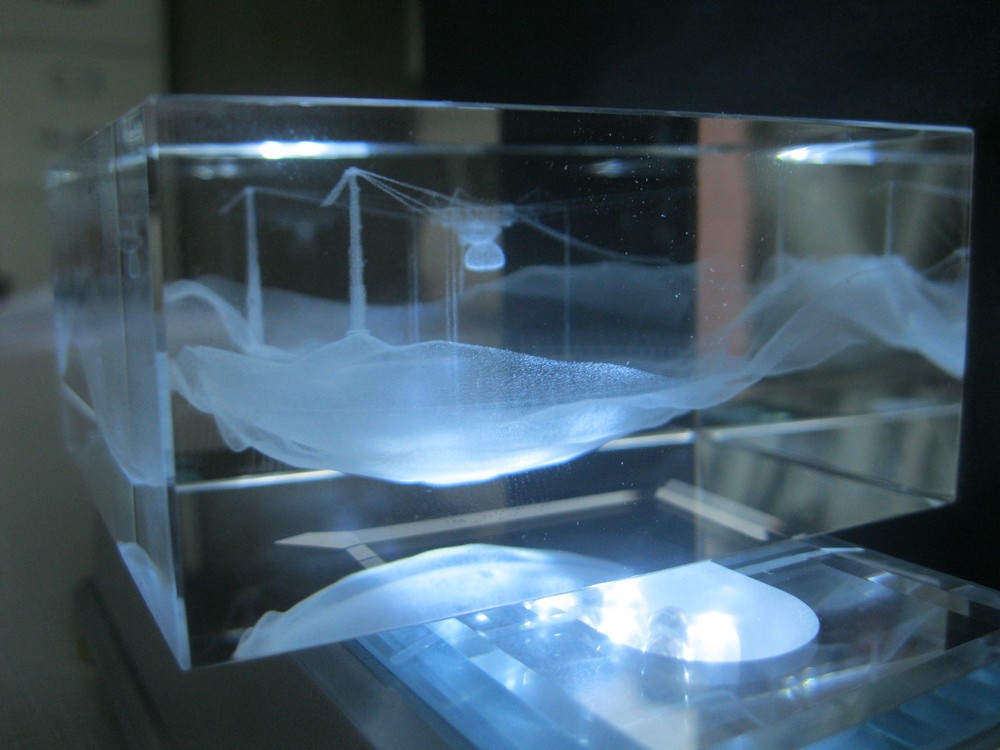 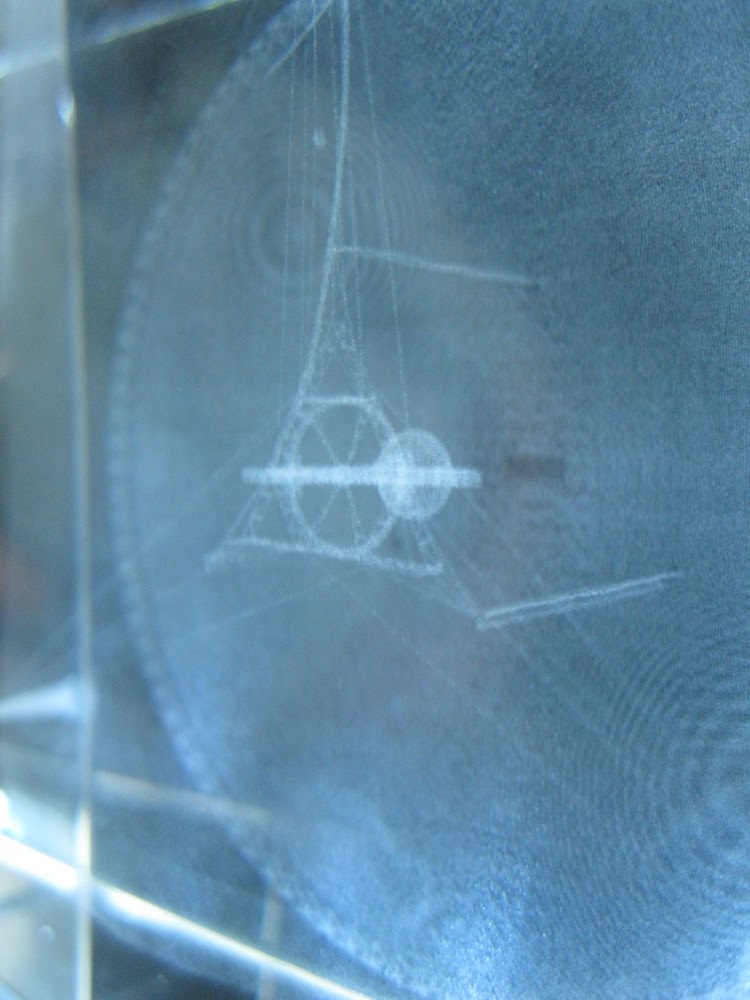 At some point down the line there will be bulk orders of these. Whether we can find some way to sell them to the public has yet to be determined. Anyone interested ? How much would you expect to pay ?
Posted by Rhysy at Saturday, August 03, 2013 4 comments: