Off I Go Again

Immediately following the ridiculous Alpine jaunt I visited Prague - ostensibly for a short workshop but mainly for a chance to meet everyone ahead of time. I don't actually remember much of this at all, on account of being clinically brain dead at this point. I saw virtually nothing of the city, retreating to my hotel every night with all the grim determination of a tortoise that's being chased by a larger, slightly faster tortoise with big nasty teeth. Or something.

I recycled the last talk I gave at Arecibo, even though it didn't really relate to the workshop topic. These days I've gone for maxing out the theatrics rather than the science. I start with a movie of 11,710 galaxies, go on to unveil a large glass brick* and end with the hydrogen detections of galaxies more than a billion light years away. Next time I give this talk I plan to get the audience to wear old-style red-green 3D glasses.

* At least I would have if it didn't cost £40 for checked baggage with easyJet. No way is any airline going to let me bring a two kilo solid hunk of glass in my hand luggage. 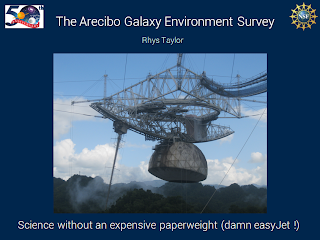 The one thing I do remember about Prague is that the head of the Astronomical Institute lives above his own bar (at least he co-owns it) in a 12th century water mill, which is reached via a small bridge that's illuminated by two flaming torches. I don't think I need to say anything more at this point. 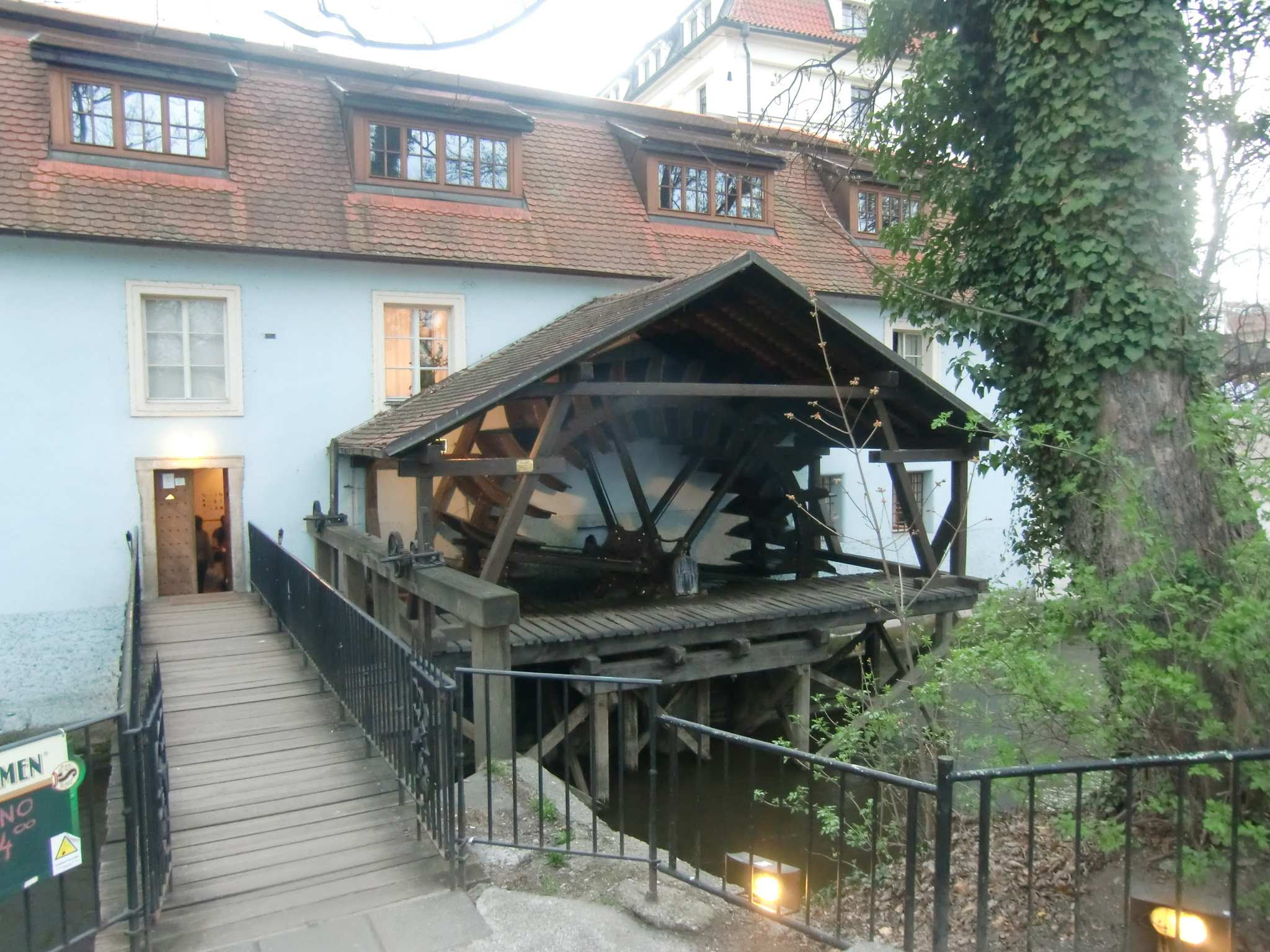 Then I went back to Cardiff, collapsed for a week, then spent the next week failing miserably to install FRELLED on a Linux network. Apparently this is a Herculean task which is even less fun than having to use Linux in the first place.

I left for Prague again (this time actually leaving) immediately after my 30th birthday. That would have been a scarier event had I not been ID'd in a pub that evening (bearing in mind that the drinking age in the UK is 18) when no-one else was. Two of the latest PhD thralls (aka minions, aka students) decided to get me a Playboy mug (I've known them for 5 days ! must be doing something right...) and then insisted I drink a wide variety of drinks from it. Which at some point involved the dregs of everyone else's drinks...

I just about managed to fly business class from London to Prague - "just" because I reached the gate with 10 minutes before it closed, there having been extreme traffic early in the morning. I now reap the rewards of air miles from my gruelling transatlantic flights, so can fly around Europe from £25 with BA. Truth be told there wasn't much difference flying business class on a 2 hour flight except for the food, which was objectively good. That is, it was good even by the standards of restaurant food, and not just compared to airline food in general.

There's not much to tell about Prague yet apart from some passing observations. Obviously, it's nice to be sweating profusely the whole time. It's also nice not to have everyone instantly realise I'm not a local (blonde, bearded and bespectacled not being a very Puerto Rican look). Someone even handed me a leaflet advertising... English lessons.

The language barrier is definitely rather thinner than in Puerto Rico, though of course some people don't speak a word of English. I'm about 3 miles from the city center here, very much on the outskirts of the city (this is Europe, so everywhere is tiny and ancient). Fortunately it's pretty obvious which foods are which (there's even Marks & Spencers, which sells proper British bacon and tea, thank heavens) and the public transport tickets machines have information in English.

Familiar as brands like Marks may be, they are in very unfamiliar settings. Marks was only the second thing I saw on entering a shopping center. The first thing I saw was a pair of iguanas mating. Either that or they were very good friends. They were in a large tank in the side of a wall but not actually in a shop window, making the whole thing a bit mysterious.

That's all for now. Tune in next time when I report on the nice bits of Prague that everyone is actually interested in, without any shopping centers at all. I promise.

(and to those who only signed up because of all the CG projects I was posting a while back, fear not ! They shall return... soon.)
Posted by Rhysy at Monday, October 21, 2013