Thanks for making The Lord of the Rings ! Wasn't it just awesome ? Everyone I know thought so. In fact, I think it's pretty tough to find a better movie adaptation of a much-loved book. Like Shary Bobbins, it's practically perfect in every way. No need for me to wax lyrical about this, because the millions of dollars earned (and all those shiny Oscars too) are well-deserved. I hope you all sleep soundly at night on top of a pile of money with many beautiful women, or, possibly, the other way around.

I'm not so sure about The Hobbit though. Now, before we get off on the wrong foot, let me say that I saw both films in the cinema (the second in HFR) and will definitely see the third next year. I may even buy the blu-rays at some point, so you haven't lost a sale here. On the other hand, LOTR was an easy top-of-Christmas-list three years running. So, let me humbly offer a suggestion that I think would make you even more money and make the film even better. It's very simple :

Release a truncated version as well as the special extended editions.

See, isn't that easy ? If you re-release The Hobbit as a single three-hour film, I absolutely promise I will go to the cinema to see it and buy the blu-ray. Because nine hours is just too dang long for a 200-page children's book. I don't want to listen to the dwarfs singing for fifteen minutes while they wash dishes. Or watch some crazy-ass weed-smoking wizard dash through a forest in a rabbit sled. Or even listen to a dwarf-curious sexy "she-elf" prattle on about absolutely nothing for no apparent reason.

Not that there isn't much about the films to admire. Casting is decent - Gandalf, well, he's still Ian Mc-frakin' Kellen, so nothing can go wrong there. Bilbo - Martin Freeman will always be Arthur Dent to me, but he does look quite a lot like Ian Holm from the right angle, so that's good. Special effects are solid, even if there's too much CGI and not enough models. Most importantly, I thought the all-important conversations with Smaug scenes were pretty near perfect, and if you'd messed that up then rest assured I'd have let you know.

EDIT : I just thought I'd say a little bit more about how frickin' awesome Smaug is. Also, it would be criminal not to link to his interview with Stephen Colbert. I wish him well in his future career eating T.V. interviewers.

As an aside though, please take note : Smaug is a British dragon, so it's pronounced how it's written - Smaug. As in "Paul", or "maul", or "Gaul". Not Smowg. That would only be the case if Smaug were, in fact, a German woman ("Guten tag, Frau Smaug !"), not a 500ft long British dragon. Hope this helps !

On the other hand, what was going on with Legolas ? It was fortunate that the character is completely generic, so I could pretend it wasn't Legolas at all, but some other random elf. Later on, it was a good idea to have the dwarfs venture into Smaug's lair to rescue Bilbo, but what was the point of the ridiculously overblown scenes with the forges and the giant molten gold statue ? Or the singing goblins in the first film ? Fortunately, most of these scenes seemed designed to be easily removed later, so hopefully you've already had "my" idea.

But by all means, go ahead and release a extended special edition that's sixteen hours long. Heck, let's shoot the moon - make a reality T.V. show where we see the hobbits trekking to the Lonely Mountain in real time. Call it... err... Little Brother. On account of the hobbits being small. Yeah. Each day we'll discover what Bilbo had for breakfast and learn how he keeps his great hairy feet clean. 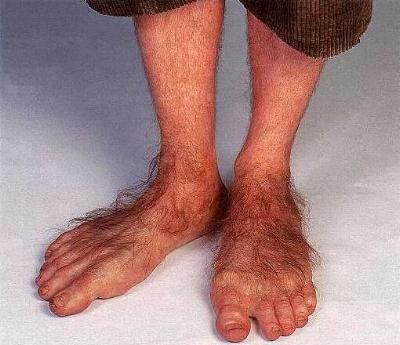 Alas, this may not quite be ambitious enough, so why not go the whole hog and make a movie about Tom Bombadil as well ? Or the Silmarilion ? And forget high frame rate - do the entire thing in slow motion, just in case anyone should somehow miss anything. Maybe remake them all as musicals !

Please feel free to use all of these ideas. I don't mind. But just remember to also release a version without all the faffing about. Fantasy is, when you get right now to it, just someone making stuff up, but so is all fiction. Making edits to the novel to make it screen-friendly is one thing - and the (relatively) subtle revisions for the Lord of the Rings movies were a masterclass in this - but don't think you can easily get away with inventing your own extra scenes or even hacking in other Tolkein stories. To do that, you'll have to travel back in time, become a WWI veteran and then an Oxford professor of English literature. Just because a story involves magical dwarves and dragons doesn't mean you can do what you like with it.

P.S. It is now one year later, and I have seen the conclusion of the trilogy. I congratulate you on apparently paying very close attention to this post, as I see that you have mostly taken my advice to heart. The invention of random extra scenes was this time kept to a minimum, thus making this much the best of the Hobbit films. However, I still think a single 3 hour film would be 3 hours of pure awesome, compared to 9 hours of mostly padding. Not only would it cut out a lot of the "anyone got any chloroform ?" moments of the first two films, but it would also make the whole Smaug sequences tie together in a much more satisfying way. Because, in the second film, we ended with :

Then, a year later, but barely ten minutes into the third film, we get (effectively) :

Which feels like a tremendous anti-climax, and leaves me thinking that the writers had been smoking too much of some rather "special" pipe-weed. I mean, at some point someone must have said, "Guys, should we add an extra ten minutes of the last great fire-drake of the Third Age, or the dwarves washing dishes ?". And given that the battle scene lasts a full hour* and features Billy Conolly riding a battle pig, don't you dare tell me that CGI is expensive.

* Not that it doesn't have some fine moments, but it's not Helm's Deep.

So anyway, a shortened version still seems like a damn fine idea to me. An official abridged version would be easy to make, you could release it at cinemas and make even more money (sell even moooaaarr merchandise ! release another soundtrack !), fans will approve and shower you with rose-petals, and basically the world would be a better, happier place... and let's be honest - if you don't do it, someone else will. And that'd be a shame. Don't be the rich douchebags who sue fans for making their movie better. Be the kind-hearted douchebags who redeem themselves by also making the movie most Tolkein fans actually wanted in the first place.
Posted by Rhysy at Friday, January 10, 2014