What is is that we fear ? According to Batman : 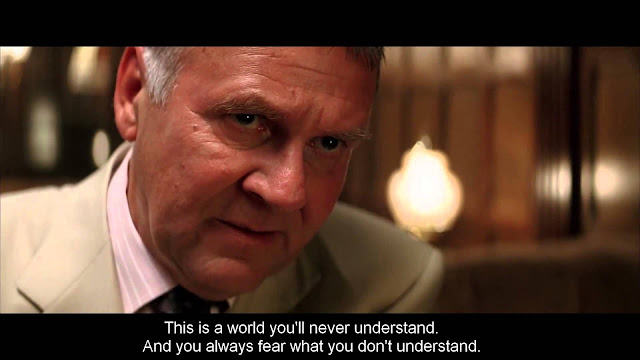 Knowledge and understanding aren't perfect weapons against fear. Some fears are pure, irrational instinct that are almost impossible to overcome. A few are genuinely hilarious unless you happen to be one of the afflicted.

But often we can overcome fear through knowledge. Which is why sometimes there's only one thing to fear :

Sheldon teaches us that fear is indeed a pretty scary thing. Why is that ? The Bene Gesserit have the answer : 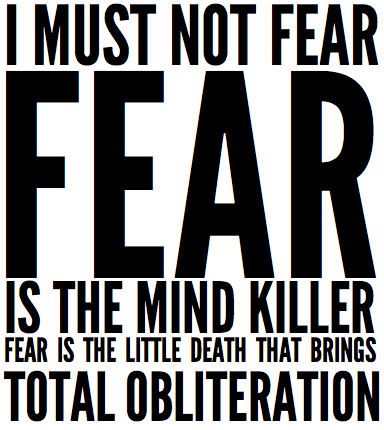 Fear can make us stupid. It does not permit us to think, only to feel. Why can this be dangerous ? For that we turn to master Yoda :

But what's the point of being afraid if all it does is cause such awful problem ? Doctor Who says : And maybe, says the Doctor/Clara (it's a closed timelike curve so we don't know where the information originally came from) : 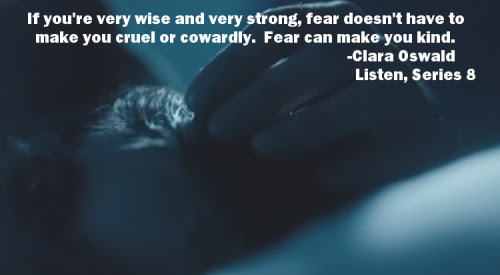 Which is why, if the choice is to be a coward or killer, there's only one answer : But most of us aren't so wise and strong. That's what makes fear such a potent weapon of the manipulator. Extremist politicians (right and left) thrive on fear because fear is the mind-killer. "The [insert ethnic or religious group that happens to be currently out of favour] are responsible for this atrocity ! Yes, all of them, not just the terrorists !" And because people have died, fear is a natural response and easy to provoke. We want to lash out, to find someone to blame so we can feel safe again. Fear makes us stupid. We forget about all the legions of ethnic/religious group members that are just like us. We forget about all the ethnic/religious groups we used to fear but have successfully integrated with.

The problem isn't the blacks, or the Irish, or the gays, or the Catholics, or the French, or the Syrians, or the Scots, or the Muslims, or the whole of religion. It is extremism of any ideology. I do not fear any of those groups. I fear those who would have us believe in simple solutions to complicated problems, who want to stop us from thinking. But to those who would say that it's all the fault of the Muslims, or religion itself, I say this : 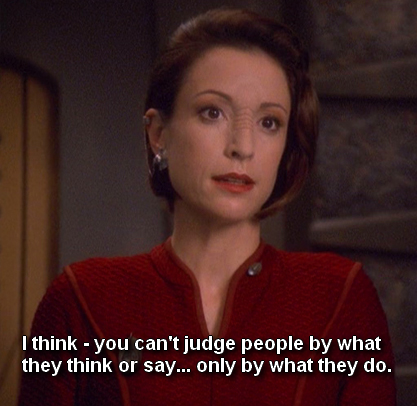 You cannot blame whole groups of people for the actions of individuals. It's never made any sense, and it never will.
Posted by Rhysy at Saturday, November 14, 2015