What with all the sightseeing and assorted shenanigans of late, I almost forgot something very important. Something small and fluffy wid a widdle nose an' widdl wegs an' a widdle tail an' that goes "maaaaow !" Yes, you've guessed it,  for two weeks - just before gallivanting off to New Mexico - I got to experience life with Egypt's greatest Pharaoh, Ramesses.

Err, well, alright, it was an 8-week old kitten named Ramesses. The title of this post is, in fact, A Lie. I've no idea why the name Ramesses was chosen, because there's not a lot of similarities between Ramesses the Great (or even any of the other Ramesses, come to that) and a small fluffy kitten. Let's compare :

This incredibly poorly named fluffy creature has many advantages over a Egyptian Pharaoh who's been mummified for 3,000 years. For one thing, having a kitten around the house doesn't tend to freak people out in the same way that a preserved corpse would. On the other hand, corpses don't tend to pounce out unexpectedly on people, claws outstretched with an expression of mad, psychopathic glee : 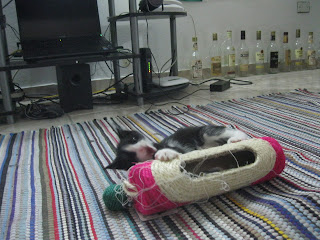 Another important difference is that the dessicated bodies of Egyptian rulers aren't known for looking adorable if you put them in a box, or a bag, or indeed anywhere else for that matter. 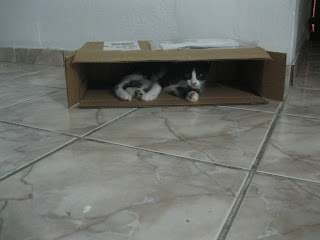 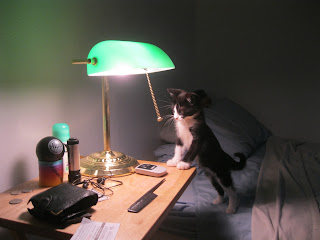 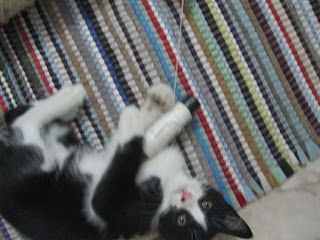 
* At least I assume so. There's no mention of Ramesses the Great crushing the Hittites and then pooping everywhere, so this is probably a safe bet. 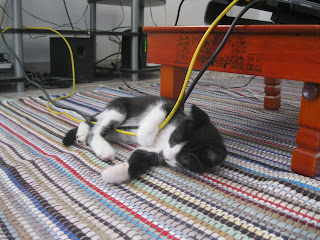 
While I haven't had a kitten since I was about 8 years old, and like all right-thinking people know that cats are the higher form of life, I had mixed feelings about giving him back (fortunately, this was immediately before the Socorro trip, so I had no choice). Having an adorable fluffy kitten is one thing. Having it continuously attack everything in sight is another. Especially at 12:30am. So, the house is calm, once again. And quiet. So very quiet...