Ten Things We Could Have Done Instead Of Watching Some People Run Around For Two Weeks, But Now We Won't Be Able To Because We're Short Of Cash

The Olympics have reportedly cost the UK about £9 billion, which is roughly about $15 billion US. That's quite a lot of money. What it's bought us is the privilege of watching some people go running, swimming, and generally larking about for two weeks in the summer. And some urban regeneration. which I suppose is fine if you believe that what deprived inner-city areas need most are world-class sports facilities.

Now I'm all in favour of grandiose projects, but nine billions pounds for a two-week project is perhaps a tad extreme. We could have done quite a lot of other things with £9 billion. Here are a few suggestions. What's really bothering me is that it doesn't actually cost anything at all to get people to run around, or go for a swim, or even swing lumps of metal around.


1) Fully-fund the Arecibo Observatory for the next 1500 years, a period longer than the entire span of the Western Roman Empire. Now that's job security.

So let's just be absolutely clear on this. The Government is forever complaining that we just don't have enough money, and have to make massive cuts to prevent an economic disaster. And then they spend enough money for people to take part in inherently free activities for two weeks that could have kept a first-rate scientific facility operational for fifteen centuries.

Bread and circuses anyone ?

2) Fund at least 260,000 post-doctoral researchers for one year. Or 2,600 post-doctoral researchers for a hundred years. Or about 250,000 PhD students for 3 years.
Two hundred and sixty thousand. That's a moderately sized city. There are roughly 50 or so PhD-level scientists in Cardiff's Astronomy department, so we're talking about enough staff for five thousand institutions. Or we could get some people to throw a ball over a net.

3) Build an Even Larger Hadron Collider. Just to really make sure. Because, you know, we could either explore the fundamental structure of matter, or put some people on trampolines.

4) Build about 170 Green Bank telescopes. Of course, that'd be silly. What possible use could we find for all those elaborate facilities dotted around the landscape in unexpected places ? Building white elephants isn't what the Olympics is all about, is it ? 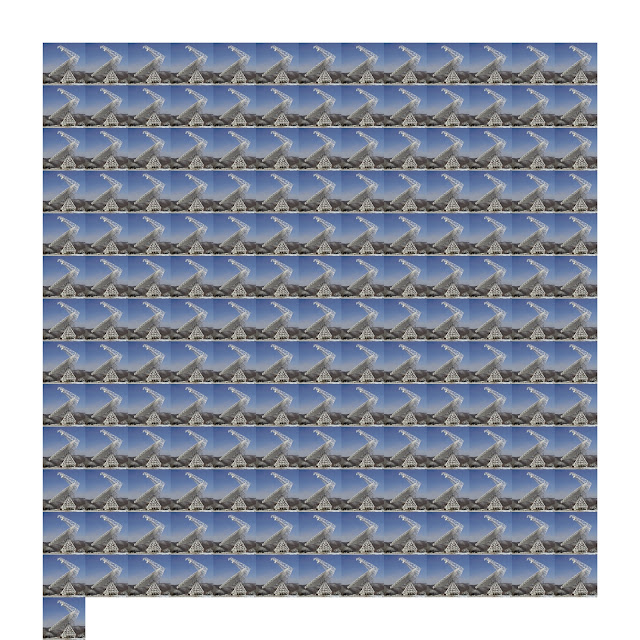 For context, there's only one other steerable telescope as large as the GBT in the whole world, in Germany. We could have built 170 more of them, but decided that a large puddle* and a field** would be more useful.


5) Build 8 Square Kilometer Arrays. This is radio astronomy's Next Big Thing. It's going to solve all the mysteries of the Universe, and this time we really mean it. It's got a billion Euro budget and probably won't be ready for another 20 years. It ought to be pretty terrifying that the UK spent enough money in a fortnight to build eight of them.

However instead of funding a vast international project to understand the workings of the Universe, we decided to get some horses to jump over things instead. I hope the horses are well paid. Maybe if the SKA was somehow powered by jumping horses, we'd get more funding ?

6) Build 375 Allen Telescope Arrays. Last telescope in the list, I promise. This one is specifically looking for aliens. It's going to have 350 dishes when complete, but for $15 billion it could have about 131,250 of them. However, rather than wasting all that money in a boring attempt to make the greatest discovery in the history of history, we've instead opted to get some large burly men to hug each other.

7) Buy both of the UK's shiny new aircraft carriers with planes included. Sure, aircraft carriers aren't everyone's cup of tea, and maybe they're a terrible way to spend £9 billion. Still, this really ought to stop us complaining about the cost of them. On the other hand, maybe it's better we decided to throw some pointy sticks into the ground instead of shooting missiles into people.

8) Buy everyone in Britain 50 pints of beer. Or cider. Now this might not actually last as long as the Olympics for many people, but it'd be a nice gesture. A lot friendlier than those nasty aircraft carriers with all their frightful aerial weapons of death and what have you. Certainly I'd choose this option, if the alternative is nothing but sport on the TV for two weeks. 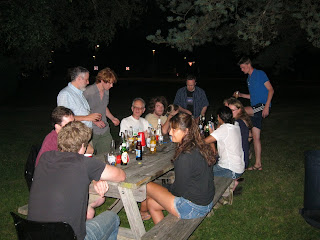 9) Build a tower of chocolate stretching more than halfway to the Moon, or nearly 4 times around the Earth.

What a complete and utter bastard.


10) Fund the whole of science in the UK for two years. As opposed to a a sports contest that lasts two weeks. If I haven't made the point already, this should prove that science is quite cheap.


Which just goes to show that the Government is, in fact, amazing. Really, absolutely, genuinely amazing. Just not in a good way.
Posted by Rhysy at Saturday, August 04, 2012