Referendums are like buses. You don't get any for years, then two come along at once - and I'm gonna miss both of them, because I missed the deadline to nominate a proxy. Damn you, oceans !! 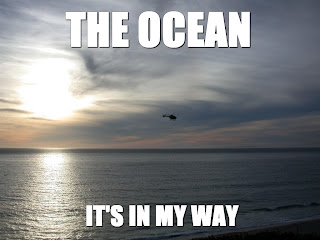 First up, more law-making powers for the Welsh Assembly. Hah ! I don't think so. I follow politics avidly*, and I can't even remember the first Minister's name. If he's that ineffectual then it's self-evident that more powers would be utterly wasted. Say what you like about David Cameron (this won't take long as he's entirely unlikeable), at least I can remember his name.

*I even watched the Assembly live, once. What can I say ? It's not nearly as thrilling as live chess.

Which is a shame, because Welsh independence is a nice idea in principle. But then so is eugenics*. The last time we had any real independence was more than 700 years ago and we wasted it with petty infighting. Alas little has changed, and our current politicians are not quite as competent as, say, a steaming pile of rat faeces.

*Trying to improve humanity is a laudable goal. Unfortunately, trying to do this through population controls is the worst idea since the Holo... oh....

It's not that they haven't done anything useful. It's just that what they have done has been of such little consequence that I'm chronically unable to care. They also inhabit a really odd looking building and the Assembly chamber has computers at every desk. Why ? Government should be about really loud, angry debates, not tweeting to your friends about reaching level 80 in World of Warcraft. Since they seem to have forgotten this, here's a helpful guide as to what's politics and what isn't.

So unlike the last Welsh rulers, I'll happily pay homage to our English overlords if it means being part of a greater whole. Better to reign* in Hell than serve in Heaven**. Long live our tyrannical English masters !

*Or at least have a small voice
**Though this analogy doesn't really hold, because even the most angry Welsh patriotic idiot wouldn't say the whole of England is a hellish place or think that Port Talbot really qualifies as even slightly divine. Still, John Milton was good at the whole "poetry" thing, wasn't he ?


The second referendum is about the alternative vote and is far more interesting. It'd give us a more proportional government, but lead to more coalitions - assuming the Lib Dems somehow manage to maintain anything like their current share of the vote. But that's OK, because I personally have already solved this problem so as long as people are paying attention then it will be fine.

But they're probably not, which gives me a headache. If I vote yes, we'll get a fairer voting system but no real control over who's in charge, because there'll be a coalition every time. Doesn't that sort of defeat the purpose of democracy ? But if I vote no, we're stuck with our current system where there are gross differences between a party's share of the votes and its share of the seats, which can't possibly be fair.

Here's an idea - let's do both. We've got two - count 'em, TWO - houses after all. And if we were to have true proportional representation for the House of Lords, we wouldn't even need a separate vote, or anything as complex as ranking all the candidates - we could just use the share of the vote for the House of Lords. Seemples.
Posted by Rhysy at Thursday, February 24, 2011